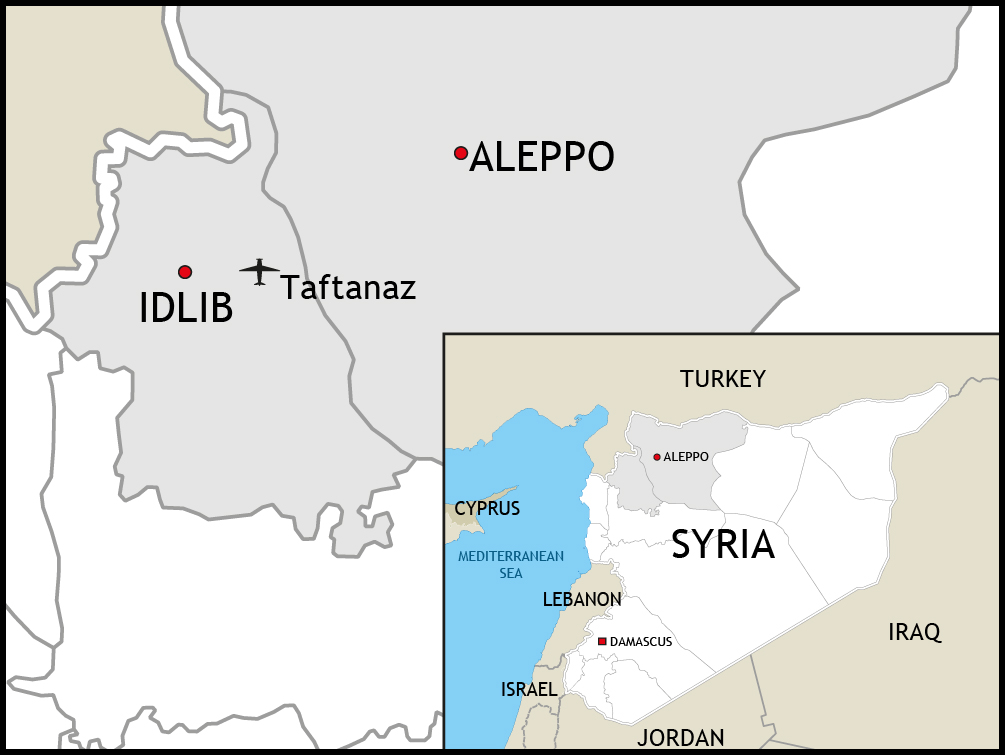 In the north of Syria’s Idlib province, civilians are being made victims of a terror strategy carried out through intense and indiscriminate bombing, the international humanitarian organisation Médecins Sans Frontières/Doctors Without Borders (MSF) said today.

As fighting intensifies north of the road linking Aleppo and Idlib, government forces are bombing towns and villages indiscriminately.  An MSF team has just returned from a city in the north of Idlib province that has been repeatedly bombed over recent months.

The only medical facility still functioning in the city is a secret clinic, run by local people and a few Syrian health workers.  Under intense shelling, the clinic’s volunteer staff are struggling to treat large numbers of injured people and taking huge personal risks to keep the clinic running and to evacuate the most seriously injured to hospitals outside the city.

“For a city that has seen a large portion of its residents leave, and displaced people move in from other bombed areas, there’s an impressive sense of solidarity,” says Dr Adrien Marteau, one of the MSF team.

“People are stepping up to act as nurses, or even surgeons, for minor procedures, because there’s simply nobody else to do it.”

“But faced with the seriousness of the injuries and the risks involved in evacuating patients, many of the wounded are dying because they are not getting treatment or cannot be evacuated in time,” says Dr Marteau. “The majority of the patients admitted to MSF’s hospital in Idlib province are people from this area with serious injuries.”

For the past 18 months, residents of the city, with the help of local medical staff and community workers, have been doing their best to support each other, despite the physical danger and severe shortages of essential supplies including drinking water, bread and powdered milk. There is no electricity in the area, and the price of gas has increased sharply. Community welfare committees are supporting some 1,300 destitute families who have lost homes, family members and sources of income.

In the towns and villages around the city of Idlib, indiscriminate and increasingly heavy bombing by government forces is threatening the lives of ordinary people.

"A real strategy of terror, orchestrated by the Syrian government"

MSF’s emergency operations manager, Dr Mego Terzian, says, “Since we’re prohibited from working on the side of the government forces, we’re not able to take an impartial view on this situation. But it has to be said that what we’re witnessing is a real strategy of terror, orchestrated by the Syrian government,  against the people of this area.”

MSF is working in three hospitals in the north and the north west of Syria, in areas controlled by armed groups of the opposition. MSF is bringing emergency medical care, especially surgical care, as well as carrying out consultations. From June of last year to the beginning of January 2013, our teams have done more than 10,000 consultations and more than 900 surgical interventions. In neighboring countries like Jordan, Lebanon and Iraq, we are also providing medical and surgical services to Syrian refugees.