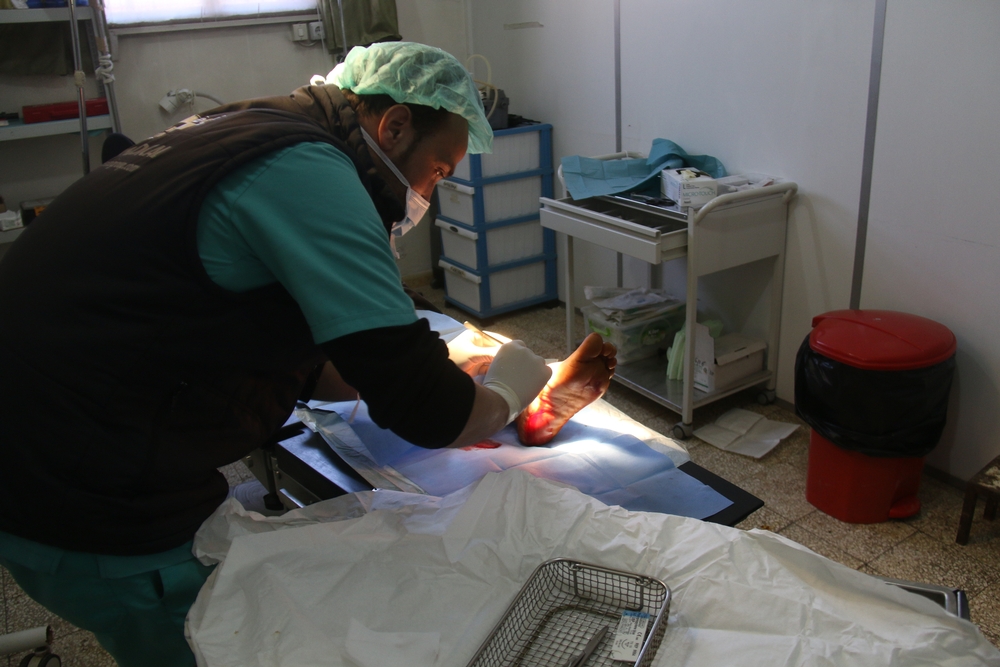 Out of only eight hospitals still functioning in east Aleppo, four hospitals and a blood bank were damaged by bombing in four days, one of them twice.

On 30 September, two hospitals in east Aleppo supported by MSF, amongst others, were damaged by continuous indiscriminate bombing.

A blood bank was also damaged. Despite the damage, medical teams at the three facilities managed to continue their work.

On 1 October, a major trauma hospital was so severely damaged by bombing that it was forced to close. Two days later, as construction teams worked to repair the damage, the area was bombed again, killing a number of people and further damaging the hospital.

On 2 October, a surgical hospital was damaged by bombing, but remained open.

“The few remaining hospitals are collapsing under a flow of hundreds of wounded lying in agony on the floors of wards and corridors,” says Pablo Marco, MSF’s operations manager in the Middle East.