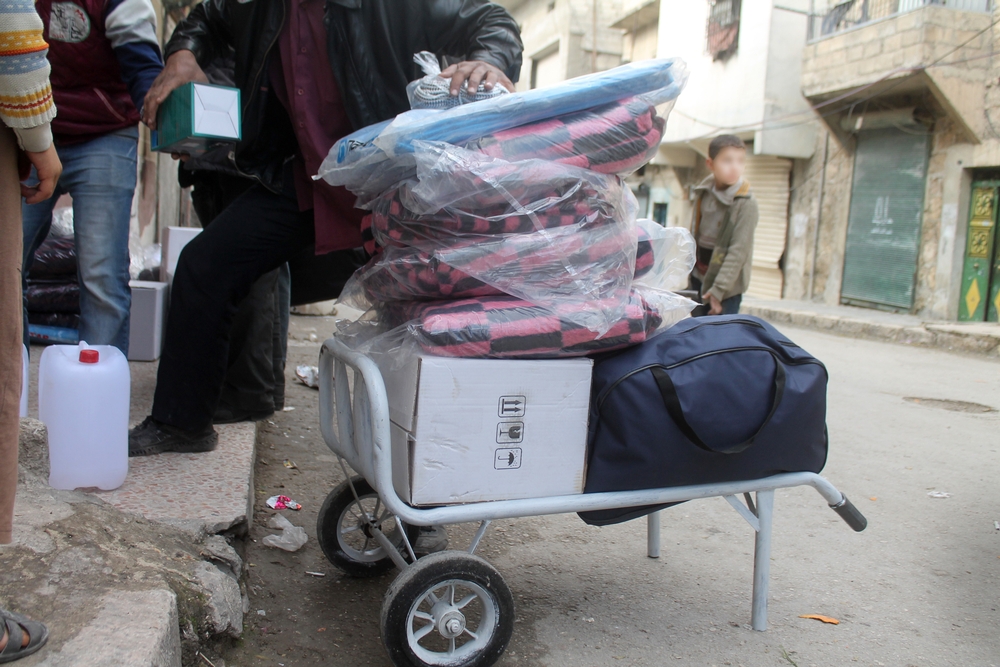 MSF teams have delivered urgently needed aid to thousands of people in the city of Aleppo which is going through its fifth winter of civil war.

In partnership with the Aleppo City Local Council, 5,200 winter and hygiene kits for displaced families were distributed in  December. A further 2,600 kits are due to be delivered in the coming days.

The kits were distributed according to the needs of each family and included items such as winter clothes, blankets, tarpaulins and ropes, jerry cans, torches and hygiene products.

The distribution was carried out in different neighbourhoods following a needs assessment and included families whose houses have been damaged by recent bombing and shelling.

“Close to 40,000 people will be covered by this distribution that aims to help them cope with the harsh conditions in which they have to live because of the conflict and the lack of resources,” says Carlos J. Francisco, coordinator of MSF projects in northern Syria.

“Every day we see attacks on residential areas and critical civilian infrastructure, such as hospitals or the city water distribution system. Ambulances, markets and bakeries are targeted and destroyed and that makes it increasingly difficult and dangerous for people to access the most basic services, including medical and humanitarian assistance,” says Francisco. 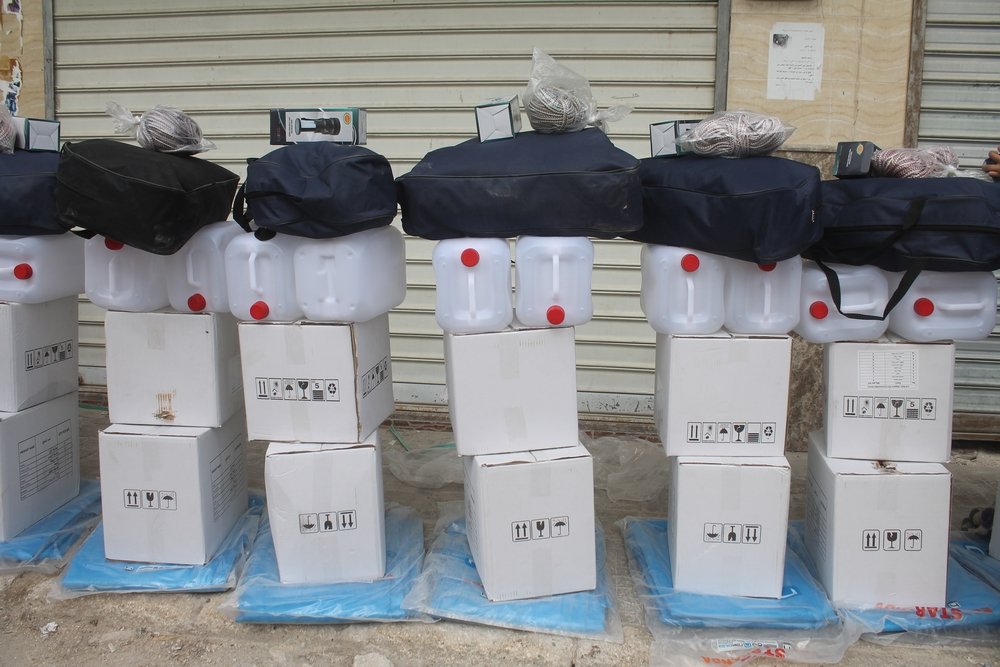 The protracted conflict combined with harsh winter conditions is worsening the already critical situation of displaced people inside the city.

Out of an estimated 300,000 people currently living in eastern Aleppo, approximately 176,000 have been displaced because of the conflict.

The current intensification of the conflict in Hama and Idlib – to the south of Aleppo ­– has forced at least 3,800 families to flee from these two areas. That figure is likely to increase.

The ancient city of Aleppo, the second largest in the country, has been one of the frontlines in this bitter conflict. Whole quarters have been destroyed by explosions and years of semi-siege. Many neighbourhoods have no electricity or access to running water. 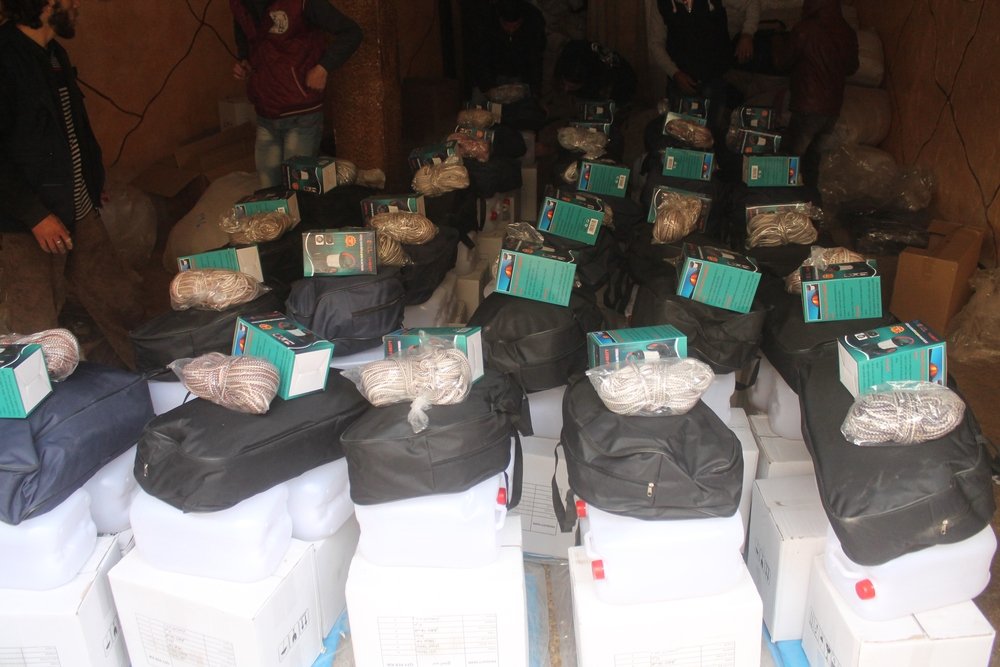 The main road from Kilis in Turkey to Aleppo was almost completely cut off from humanitarian aid a few days ago. Several convoys were bombed and a truck used to deliver winter kits to families in Aleppo was fired on, which led to a temporary halt in the distribution.

The road is not only the key supply route into the besieged eastern part of the city but is also essential for providing all the food, fuel and humanitarian aid for some 600,000 people living in the whole area.

MSF runs six medical facilities across northern Syria, and directly supports more than 150 health posts and hospitals across the country, many of them in besieged areas.

Most are temporary structures run by Syrian doctors, without MSF staff, but provided with practical support and distance learning by MSF to help them deal with the extremely high level of medical needs.