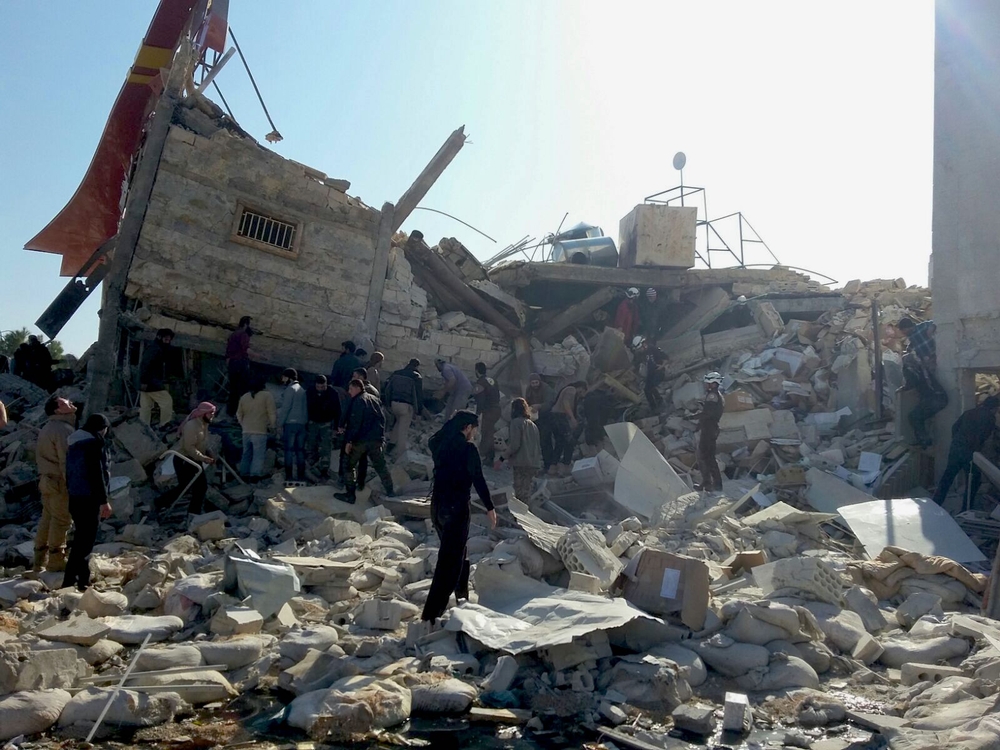 At least seven people were killed, and at least eight are missing, presumed dead, after a Médecins Sans Frontières (MSF) -supported hospital in Idlib province in northern Syria was destroyed in an attack on Monday morning, the medical humanitarian organisation said.

The hospital in Ma’arat Al Numan was hit by four missiles in two attacks within a few minutes of each other, according to staff from the hospital. Around 15 other houses and structures located in populated zones were struck in the area, including reports of another non-MSF-supported hospital during Monday morning.

Attack on a health structure

“The destruction on the MSF supported facility appears to be a deliberate attack on a health structure”, denounces Massimiliano Rebaudengo, MSF’s Head of Mission.

Five patients were killed, as well as one caretaker. In addition, a hospital guard was killed and eight members of staff are missing, presumed dead. Other patients are still missing, but their numbers are currently unknown.

There were also reports on Monday morning of another two hospitals in Azaz city being attacked. These facilities were not supported by MSF.

The 30-bed hospital in Ma’arat Al Numan had 54 staff, two operating theatres, an outpatient department and an emergency room.

MSF has been supporting this hospital since September 2015 and covered all the needs of the facility including provision of medical supplies and running costs.

In December 2015 MSF supported the reconstruction of the hospital after it had been forced to move from the previous location after being attacked three times.

Fighting also intensified in Azaz district about 100 kms away from Ma’arat Al Numan on Monday morning, and MSF’s Al Salamah hospital has so far received 10 war wounded patients. A mother and child hospital (not supported by MSF) has also been bombed in Azaz city, the hospital is organizing the setup of its pediatric operating theatre into MSF's Al Salamah hospital.

Find out more on MSF's work in Syria