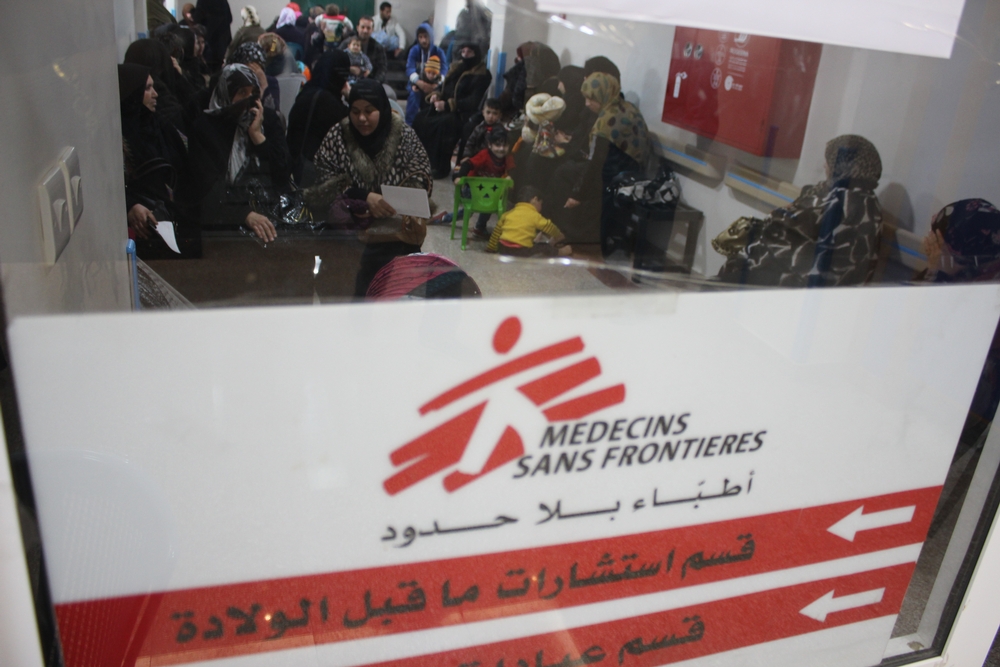 Four patients exhibiting symptoms of exposure to chemical agents were treated at a hospital run by Médecins Sans Frontières/Doctors Without Borders (MSF) in northern Syria’s Aleppo governorate on 21 August.

The patients are all from one family: two parents, a three-year-old girl and a five-day-old baby girl.

Indiscriminate attack on a young family

They arrived at MSF’s hospital one hour after the attack, suffering from respiratory difficulties, inflamed skin, red eyes and conjunctivitis. Within three hours they developed blisters and their respiratory difficulties worsened. MSF staff treated their symptoms and gave them oxygen before transferring them to another facility for specialised treatment.

The family came from the town of Marea, in Azaz district, north of Aleppo, which had been under intense bombardment by mortars and artillery for a week. The patients said that a mortar shell hit their home at about 7.30 pm on 21 August.

After the explosion, a yellow gas filled their living room. The parents tried to protect their children by covering them with their own bodies. Neighbours raised the alarm and they were taken to Marea hospital, where they received first aid care. With their condition deteriorating, they were referred to MSF’s hospital.

“MSF has no laboratory evidence to confirm the cause of these symptoms,” says Pablo Marco, MSF’s programme manager in Syria.

“However, the patients’ clinical symptoms, the way these symptoms changed over time, and the patients’ testimony about the circumstances of the poisoning all point to exposure to a chemical agent.”

This news comes on top of a rapidly deteriorating humanitarian situation in Aleppo governorate, where at least 11 medical facilities have been deliberately targeted with barrel bombs over recent months, and where the few medical facilities that still function are unable to cope with people’s massive needs.

“It adds one more degree of suffering to a population who are already bearing the consequences of the worst humanitarian crisis in recent years. We appeal to all parties to observe a basic respect for human life and to stop indiscriminate violence against civilians.”