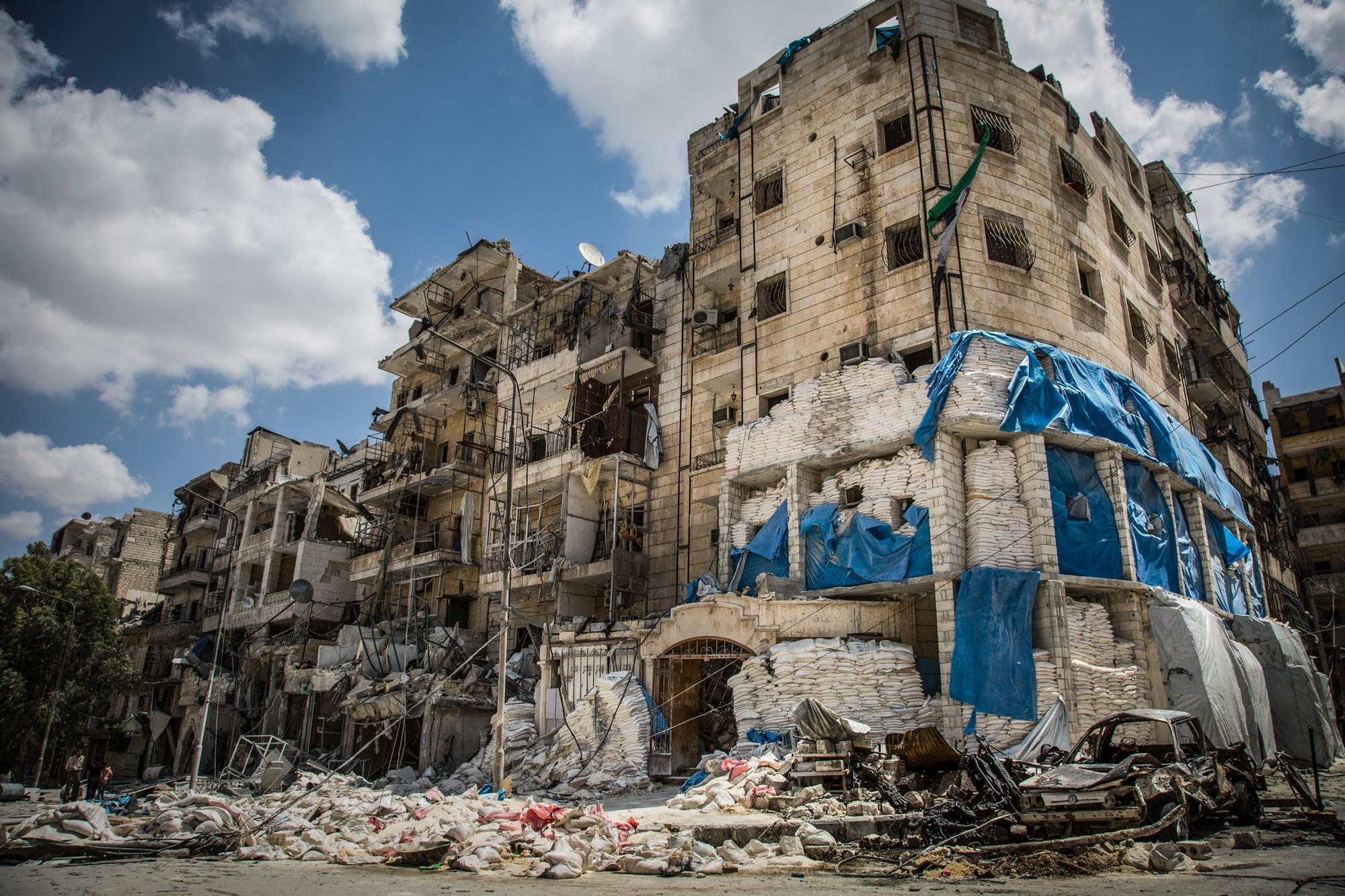 Syria: Multiple direct and indirect hits on hospitals in east Aleppo in the last 48 hours

The only specialised paediatric hospital in besieged east Aleppo has come under attack for the second time since airstrikes resumed on 15 November, destroying three floors and leaving it out of service.

Three other hospitals have also take direct hits, resulting in casualties amongst staff and patients, and leaving two key surgical hospitals and the largest general hospital out of service.

“This is a dark day for east Aleppo. The severity of the bombing has inflicted huge damage on the few hospitals working around the clock to provide medical care,” says Teresa Sancristoval, MSF emergency coordinator.

“The attacks have destroyed entire hospitals, electric generators, emergency rooms and wards, forcing them to stop all medical activities. It is not only MSF that condemns indiscriminate attacks on civilians or civilian infrastructure, including hospitals, but also humanitarian law. The message is simple and I don´t know how to say it any louder: stop bombing hospitals.”

“The children´s hospital has sustained damage for a second time from airstrikes," says Luis Montial, MSF deputy head of mission for Syria.

“This is the only hospital exclusively for children in the besieged area and it is now out of action. The consequences of indiscriminate bombing are very clear: more lives lost, medical services depleted and insurmountable suffering for people trapped by the siege. What is not clear is how much longer the health system, already on its knees, can carry on functioning unless the bombing stops and medical supplies are allowed in.”