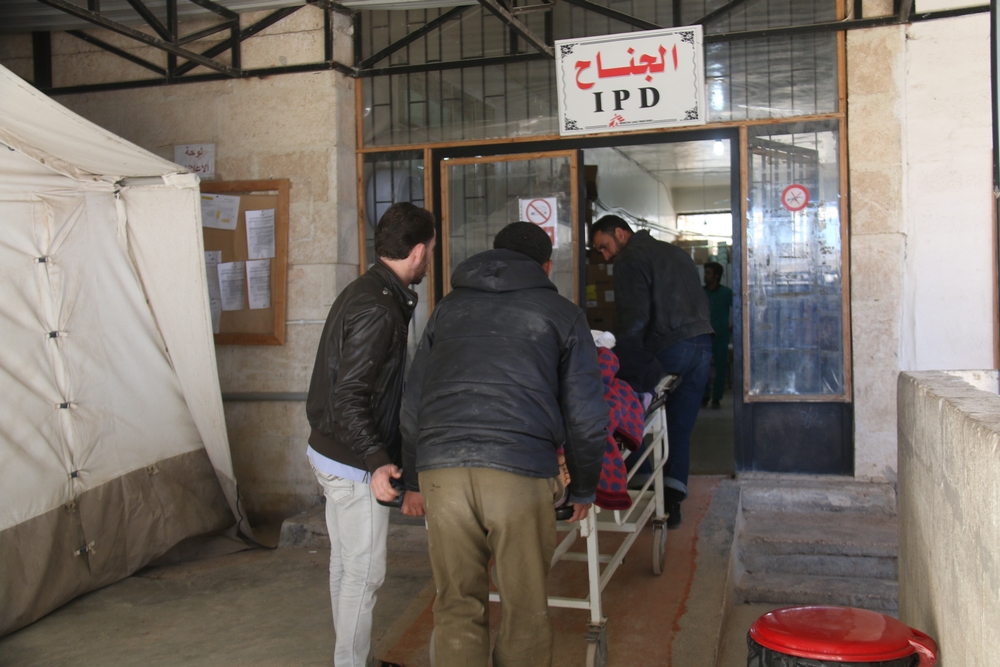 Syria: Trapped, under attack and struggling to survive

Fighting has intensified over the past three weeks and the long-suffering people of Aleppo city are bearing the brunt of the devastation. Continuous aerial attacks pound the east of the city, while shelling strikes the west, causing many casualties and injuries.

The siege on east Aleppo has left an estimated 250,000 people trapped and struggling to survive, with the only road into non-government held areas cut off. Now the population, and crucially the war-wounded and seriously ill, have no way out, while vital food and medical supplies cannot get in. This siege has added more to the already woeful numbers of people living in besieged areas in Syria.

Meanwhile, hospitals are buckling under the pressure, from both physical attack and dwindling supplies. Five hospitals that MSF provides with much-needed medical supplies were damaged by bombing from July 25 – 31 alone.

One of these hospitals, that specialises in general and vascular surgery, was already hit one month ago and forced to close. MSF supported the emergency rehabilitation of the facility that reopened two weeks ago.

Just days after, on July 23, an airstrike on the building next door damaged the hospital again. The staff began referring patients to another hospital that was also hit shortly after. During the first minutes of chaos, the two hospitals were referring patients to each other while simultaneously being struck.

“Hospital managers have told us that the number of wounded they were treating the past month has risen sharply. One of these hospitals was receiving up to 50 wounded per day and last week it was hit and forced to close.

"Now where will these people go? How will the materials and equipment to rebuild the facility get through?” says Pablo Marco, MSF Middle East Operations manager. “If the attacks on health facilities do not stop, soon there will be no more medical services available in east Aleppo. It’s not just the hospitals under threat – fuel shortages, that will only worsen in the weeks to come, will mean that ambulances won’t be able to run.”

The few remaining doctors and surgeons in east Aleppo are struggling to care for hundreds of thousands of people in dire need.

The latest airstrike occurred on July 31 when the Al-Redwan hospital in Daraa, southwestern Syria was hit.

In addition, the injured and sick, and medical staff are terrified of going to health facilities. The medical staff are afraid for how long their supplies will last and if they will even be able to continue functioning at all, given the continuous attacks.

Since 2014, MSF has been providing drugs, medical supplies and equipment to six health centres, three first-aid points, and 10 hospitals in Aleppo city, two of which are now closed due to the bombing damage.

The last shipment of 330 cubic meters, the equivalent of 10 full trucks, was made at the end of April 2016 with enough materials to last three months. The next shipment is due soon and MSF fears it will not be possible to get anything through. Vital medical services are at great risk of being wiped off the map, not only by physical attack but also by slow strangulation of supply.

“We once again demand the warring parties to respect the rules of war, and those who have influence on them to stop this carnage. The message is clear: stop bombing hospitals and civilian infrastructures, allow the severely sick and wounded to be evacuated and do not cut the supply of food, drugs and vital goods into the city,” adds Marco.

MSF runs six medical facilities across northern Syria and supports more than 150 health centres and hospitals across the country, many of them in besieged areas.