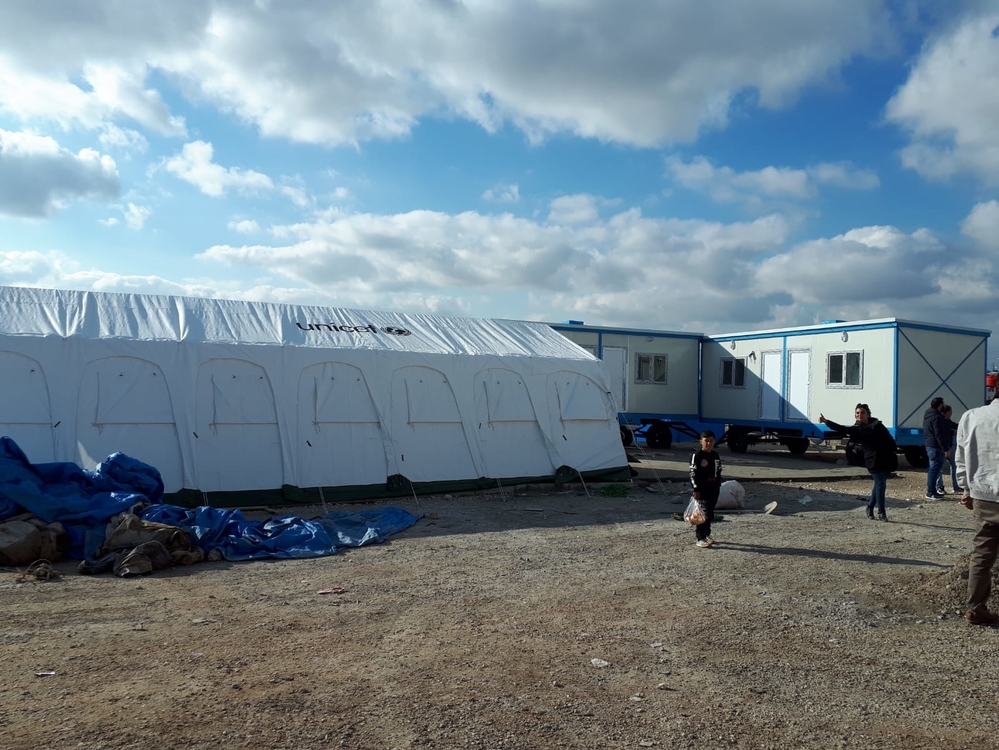 According to the camp’s authorities, the overcrowded camp now houses some 73,000 people, who are contained inside by local security forces. Ninety four percent of them are women and children.

Most of Al Hol’s residents arrived between December 2018 and March 2019, fleeing fierce ground fighting and aerial bombardments or forced to leave the area. On arrival, some were wounded and most were extremely vulnerable after surviving without sufficient food or medical care for some weeks near the frontlines of the fighting. The displacement process itself exacerbated their poor health conditions, as the long journey took place under harsh weather conditions, with security measures prioritised over the needs and protection of civilians.

“They arrived crammed into the back of trucks,” says Will Turner, MSF emergency manager for Syria. “Most were covered in mud, many were wounded or suffering from illness. People were clearly hungry and many children were malnourished.”

A humanitarian crisis quickly unfolded in Al Hol camp, where the new arrivals had insufficient food, water, shelter, sanitation and healthcare. Several months later, the needs of people in the camp remain unmet. 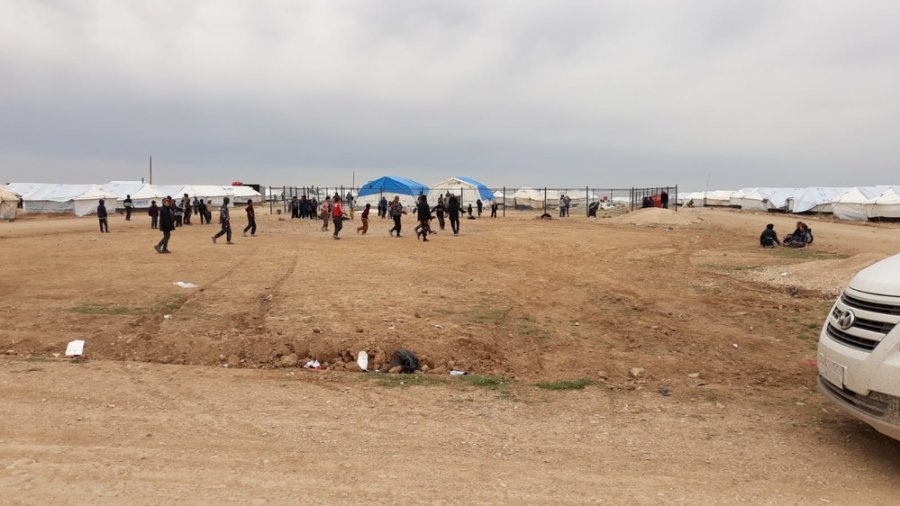 While some basic healthcare is available, it is not evenly distributed, nor is it equally accessible by everyone living in the camp. The so-called annex area, where ‘third-country nationals’ are held, is a separate fenced-off area. It is holding 11,000 non-Syrians, 7,000 of them children. Due to security concerns on that part from the authorities, this group have additional restrictions placed on them, which prevent free movement to other parts of the camp, where some basic health facilities do exist. Many expectant mothers in the annex area have no choice but to give birth inside their tents.

“There are humanitarian organisations and donors that are not willing to provide services to certain areas of the camp due to people’s perceived affiliations,” says Turner. “Healthcare should not be compromised. Regardless of people's background, nationality, status and origin of displacement, everyone is entitled to access to medical and humanitarian assistance in a timely manner.”

Elsewhere in the camp, water and sanitation fail to meet minimum emergency standards. Reliable water provision throughout the camp is inconsistent. Numerous latrines are non-functional and, as a result, people are forced to defecate in the open. “We are seeing patients with illnesses such as acute watery diarrhoea due to the poor water and sanitation conditions,” says Turner. “We are concerned that this situation will only deteriorate as the summer approaches.”

Patients with medical complications face numerous barriers to receiving permission for hospital referrals outside the camp, sometimes delaying their treatment. Meanwhile those who are transferred to hospital often find there is no space to accommodate them due to overcrowding in the region’s health facilities. There are also reports of children are dying in their tents.

“As summer temperatures start to soar, we are very concerned about the impact of people living in unfit conditions,” says Turner. “No child should die from dehydration or other preventable diseases because of neglect and lack of access to basic healthcare.”

MSF is continuing to expand its medical activities both inside and outside the camp. With numbers of new arrivals stabilising over recent weeks, the needs of people in the camp are far from being met and the current situation requires a more organised and long-term humanitarian response.

MSF calls for humanitarian assistance to Al Hol to continue to be scaled up, for aid organisations to be given access to all parts of the camp, and for people to be treated in a fair and humane way in line with international humanitarian law and principles.

Based on people’s needs, MSF quickly expanded this support to include providing emergency triage in the reception area and constructing water and sanitation facilities. In February 2019, MSF opened a comprehensive primary health facility in the camp providing round-the-clock emergency care. Since opening, MSF teams have treated 17,113 patients, 1,238 of them for medical emergencies.

MSF is also running three outpatient nutrition centres for children and pregnant women, and a 23-bed inpatient therapeutic feeding centre providing 24-hour care for patients with severe malnutrition. Since opening, the inpatient therapeutic centre has been operating at maximum capacity. MSF is also setting up a community health surveillance system for monitoring potential disease outbreaks. Since early April, MSF has been providing home-based wound care for immobile patients and organising referrals to Tal Tamar hospital, where MSF provides surgical care. The team in Tal Tamar has conducted 75 surgeries since April.

MSF is also running a mobile clinic in the annex of the camp where ‘third-country nationals’ are held. So far, the mobile team has provided more than 3,500 medical consultations.