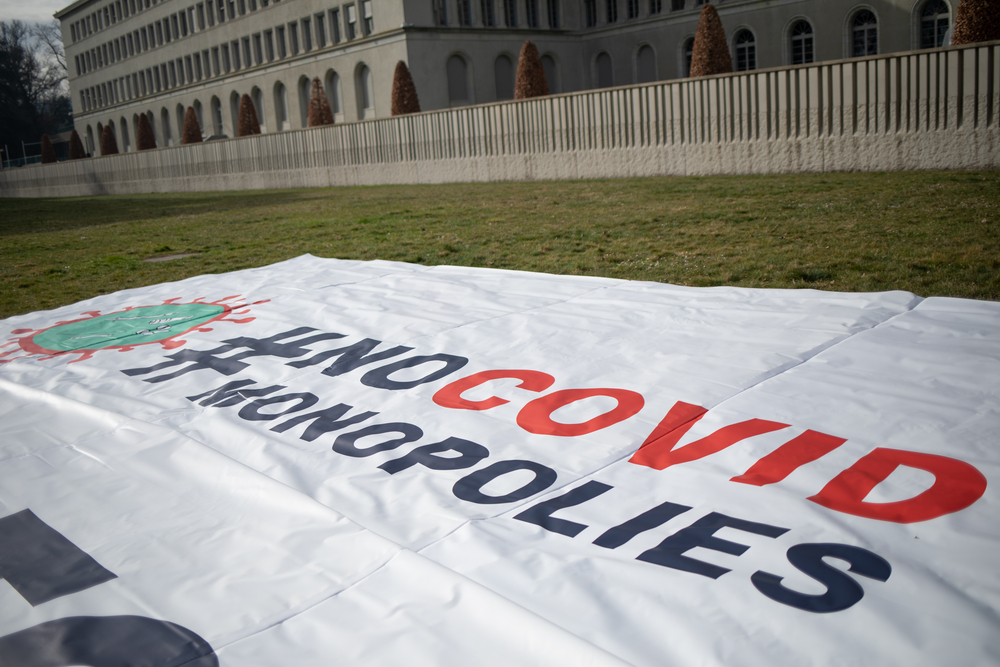 Geneva, 26 July 2021 - As countries prepare for the World Trade Organization (WTO) General Council meeting tomorrow, Médecins Sans Frontières/Doctors Without Borders (MSF) urged the European Union (EU), Norway, the UK, and Switzerland to stop stalling the landmark proposal to waive intellectual property (IP) on lifesaving COVID-19 medical tools at the WTO, and join forces with more than 100 countries supporting it by openly engaging in formal negotiations to expedite the consensus. Since the proposal was first tabled nearly 10 months ago, the pandemic has worsened and increasingly hit many countries across Africa, Latin America and Asia, with the disease having killed officially more than 4 million people globally.

"It is outrageous to see countries blocking the TRIPS Waiver"

“As many countries in Africa right now are reporting a high number of deaths due to the spread of new and existing variants of COVID-19, these governments are in dire need of vaccines, diagnostics, oxygen and other treatments to help save lives of critically ill patients,” said Dr Tom Ellman, director of MSF’s Southern Africa Medical Unit.

“While the World Health Organization recommends two newer therapeutics for patients with severe COVID-19, medical practitioners and their patients in many low- and middle-income countries cannot access them due to monopolies, limited supply and high prices. It is outrageous to see countries blocking the TRIPS Waiver that is desperately needed as an important tool to remove legal barriers and allow production to be scaled up by multiple manufacturers for critical COVID-19 drugs, diagnostics and vaccines. ” 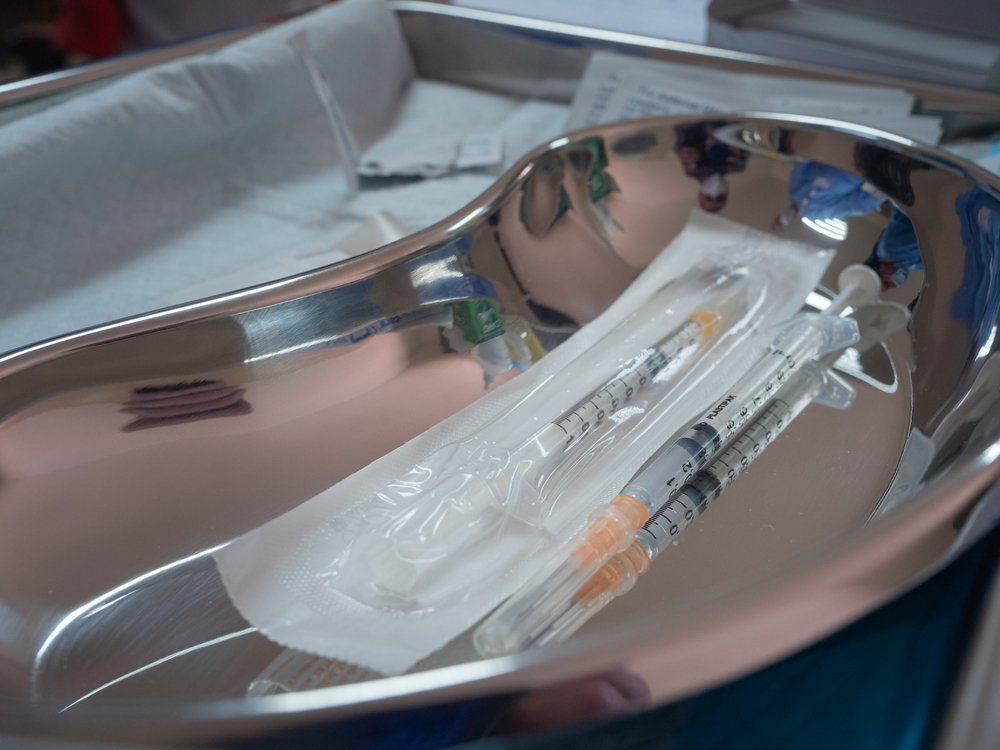 But in reality, corporations have failed to act, and continue to follow a business-as-usual approach by securing monopolies and charging exorbitant prices for essential COVID-19 medical tools.

The World Health Organization (WHO) recently recommended two newer therapeutics – tocilizumab and sarilumab – for the treatment of critically and severely ill COVID-19 patients.

However, access to these drugs remains limited due to patent monopolies, limited supply and high prices.

The pharmaceutical corporation Roche supplies tocilizumab and continues to charge high prices for the medicine, and recently announced a half-hearted decision to not enforce its secondary patents on the medicine in a selected number of countries.

Sarilumab is under wide patent protection globally by Regeneron, which has applied for and been granted patents for the drug and its formulation in at least 50 low- and middle-income countries.

The drug is exorbitantly priced at US$1,830 per dose in the US.

Two new potential COVID-19 therapeutics, casivirimab and imdevimab, are also patented by Regeneron and are being sold as a cocktail at a dose price of $820 in India, $2,000 in Germany and $2,100 in the US.

These high medicine prices and monopolistic actions are barriers to global access.

"While many low- and middle-income countries affected with new dangerous variants are hit by COVID-19 deaths and shortages of hospital beds and oxygen, access to vaccines in these countries to protect against the disease and to reduce risk of developing the serious illness remain abysmally low"

Recently, the companies Pfizer and BioNTech, who hold a large number of patents, trade secrets and other manufacturing information needed to produce WHO-approved mRNA vaccines, which can be scaled up in production quickly, have engaged in yet another bilateral, confidential, fill-and-finish contract manufacturing agreement with a South Africa vaccine producer, despite the demand for vaccine independence on the continent and the opportunity to join South Africa-hosted global technology transfer hub for mRNA backed by WHO.

The proposed TRIPS Waiver, if adopted, would provide countries with an effective and expeditious way to remove key IP barriers and legal risks in the pandemic and facilitate scaling up and diversity of production and supplies.

It would provide countries with the policy space to expeditiously address IP barriers and risks to increase manufacturing, scale-up, registration, and supply of COVID-19 vaccines, medicines, diagnostics and other health technologies, as well as facilitate easier collaboration in their research and development (R&D).

While many low- and middle-income countries affected with new dangerous variants are hit by COVID-19 deaths and shortages of hospital beds and oxygen, access to vaccines in these countries to protect against the disease and to reduce risk of developing the serious illness remain abysmally low.

"With potentially promising treatments in the pipeline, opposing countries must stop filibustering the waiver proposal and support it to cover not just vaccines, but also treatments, diagnostics and other health technologies"

Removal of legal uncertainties through adoption of TRIPS Waiver and transfer of technology by pharmaceutical corporations can allow manufacturers in low- and middle-income countries to scale up production and supply of COVID-19 medical tools.

“At a moment when we are in race against time to save lives and control the spread of unchecked transmission and development of new dangerous variants, pharmaceutical corporation’s business-as-usual approach is intolerable. With potentially promising treatments in the pipeline, opposing countries must stop filibustering the waiver proposal and support it to cover not just vaccines, but also treatments, diagnostics and other health technologies,” said Ellman.

Vigorously stalling negotiations on this landmark proposal at the WTO

Despite the clear long-term public health benefits of the TRIPS Waiver, a small group of nations continues to vigorously stall the negotiations on this landmark proposal at the WTO.

In an attempt to derail the process, the EU submitted a competing proposal at the WTO and pushed for its immediate discussion instead of prioritising the completion of negotiations on the heavily supported Waiver proposal.

“Instead of acting with urgency and in global solidarity, the EU submitted a separate proposal that is an attempt to limit some of the key public health safeguards used by countries. It provides nothing significantly new nor helpful to address the limitations of the current rules and to alleviate the spiraling COVID-19 pandemic,” said Yuanqiong Hu, Senior Legal and Policy Advisor for MSF’s Access Campaign.

"As the virus continues to claim millions of lives around the world, we cannot afford to lose more precious time"

“This move clearly demonstrates a questionable and troubling ploy by the EU to derail the growing global consensus for a more expeditious option to overcome intellectual-property barriers in the pandemic, in order to save more lives. As the virus continues to claim millions of lives around the world, we cannot afford to lose more precious time.”

Originally proposed by India and South Africa in October 2020, the Waiver proposal is now officially backed by 63 co-sponsoring governments, with around 100 countries supporting the proposal overall.

It has gained worldwide support by hundreds of civil society organisations, academics, scientists, medical associations, trade unions and United Nations agencies, including the WHO and UNAIDS.

Recently, more than 100 IP lawyers and academics published a letter in support of the TRIPS Waiver.

more about the trips waiver >