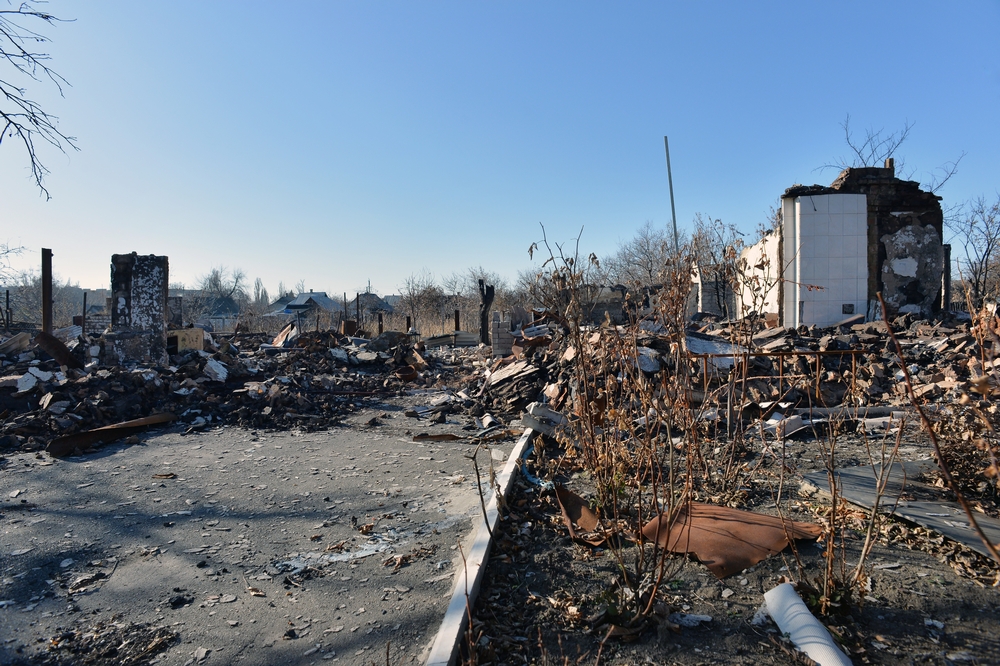 After months of protracted fighting in eastern Ukraine, the conflict is having a devastating impact on people living on both sides of the frontline. Many have lost loved ones and seen their homes and schools hit by shells.

Their way of life has changed dramatically; they live in fear of renewed clashes, and face acute stress about their future. Months of intense strain on health services has left local doctors like Yuri struggling to meet the growing medical needs, particularly of the most vulnerable in the community – elderly, sick and disabled people.

With banks closed and pension payments cut in many areas, people are delaying going to see a doctor simply because they cannot afford transport or medication. Even basic medications such as painkillers and cough syrup are out of reach for people who do not have access to cash, while more specialised items like insulin are in short supply.

Since May, Médecins Sans Frontières/Doctors Without Borders (MSF) has been supporting hospitals in Donetsk province with supplies for treating thousands of war-wounded patients. In response to the difficulties people now face accessing basic healthcare, the team is expanding its medical support to health centres in conflict-affected areas of Donetsk. 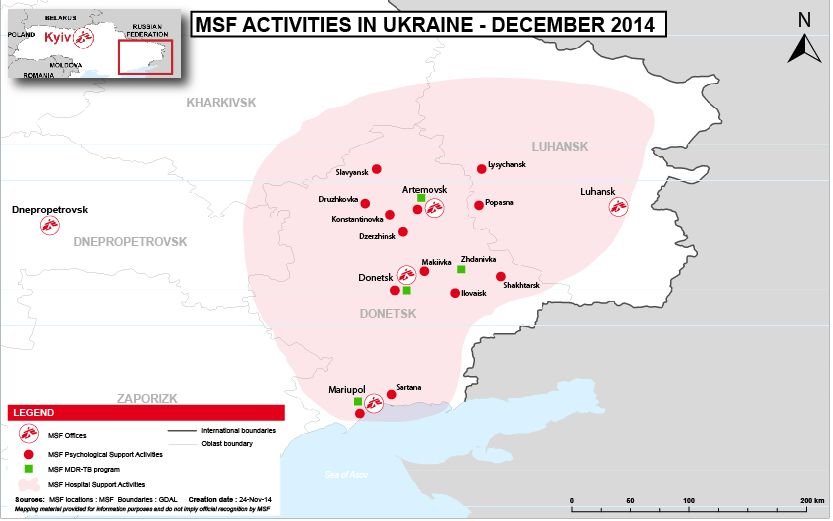 The first of these outreach clinics is called ‘Ambulatory #6’ in Novostroika, a small coal mining village on the outskirts of Shakhtarsk in a rebel-held part of Donetsk. It is the first-line health service for some 7000 people living in five nearby villages, providing primary healthcare and referring people to hospital when needed. This small health centre has not received any medicines from the state system since August, and salaries for medical personnel have not been paid since the summer.

With medical supply lines in the east of the country severely disrupted or cut entirely, and 2014 budgets exhausted months ago, many state institutions like ‘Ambulatory #6’ rely on volunteer support from local organisations for food, and from MSF for medical supplies and support to the health staff.

Patients with chronic diseases are particularly affected, so the MSF team is providing kits, containing medicines for treating heart disease, hypertension, diabetes and asthma, as well as other essential supplies to rural health centres. With this, doctors like Yuri can continue regular consultations.

In July, the area around Novostroika saw heavy clashes and a large number of houses were destroyed. The effects are still visible. Many of those who remained in the village or who returned after the fighting subsided are now isolated and vulnerable.

The conflict has had a disastrous impact on the economy of the area, with many companies and mines shut down, leaving people out of work. And following a Ukrainian government decision to withdraw all state services from rebel-controlled areas, elderly people have stopped receiving their pensions and benefits, and all banking services, including ATMs and credit card payments, are blocked.

At the health centre, Dr Yuri prepares a list of those patients who are bedridden and require home visits. He is using his own car as the one belonging to the Ambulatory #6 centre was damaged by shrapnel during the fighting. He is paying for the fuel from his own pocket.

“Doctors and other health staff have shown real dedication to continue working despite not receiving salaries for months,” says Dr Wael Abdurahman Ahmed Ali, who is coordinating MSF’s medical support programme. “It’s an enormous struggle for them. We’re working to support the existing medical staff to provide essential healthcare to people in some of the hardest-hit areas.”

In addition to the outreach clinic, MSF teams are also continuing their support to hospitals in Donetsk and Luhansk with medical supplies to treat war-wounded patients. Since May, our teams have supplied 70 medical facilities on both sides of the frontline, enough to treat 13,150 wounded.

MSF psychologists are providing mental health support to those affected by the conflict in several cities, including individual and group consultations. MSF psychologists are also running a training programme for local psychologists, social workers and medical staff working throughout the affected region. MSF is also continuing its drug-resistant tuberculosis treatment programme within the regional penitentiary system in Donetsk, which has been running since 2011.