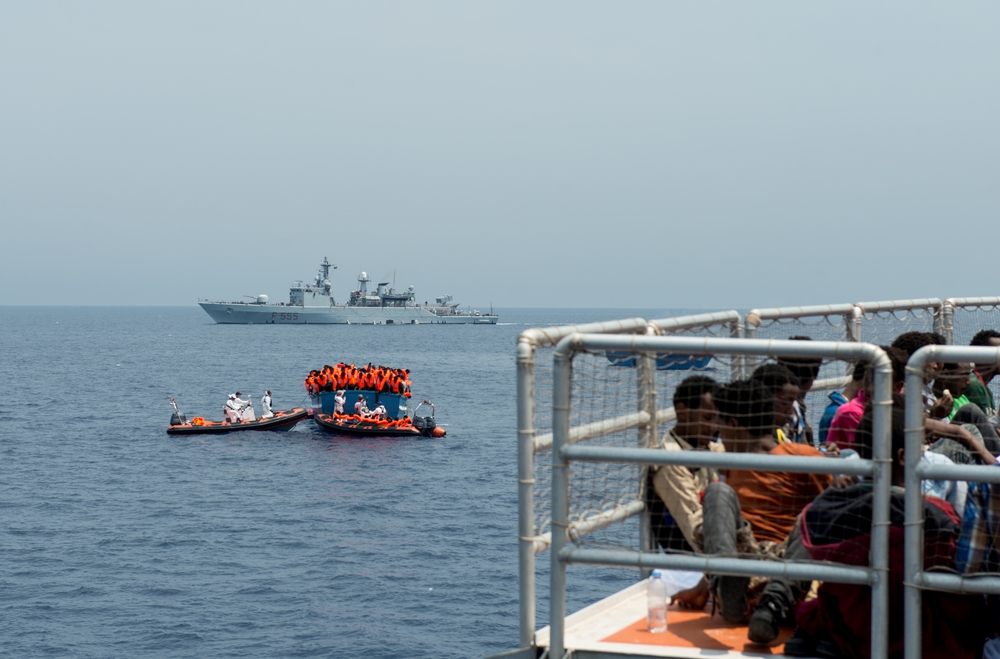 Europe was in for a shock as it returned from its summer holidays this year. As government officials dusted off their suits, they were greeted with the news that the Greek islands had become a highway for people escaping war.

In a matter of days, the highway pushed up through the Balkans, on the tracks of a less trodden migration path, and into the European heartlands. By mid-September, thousands of people had amassed on the Serbian-Hungarian border, as Hungary attempted to halt their advance by throwing up a razor wire fence.

Hungary came in for a lot of criticism for its uncompromising stance, yet its attitude mirrors European leaders' collective response to migration, as well as their responsibilities towards people in flight. Put simply: keep them out and get others to deal with the problem. The Valletta Summit, which brings together European and African heads of state this Wednesday, could potentially be the next step in the formalisation of these reflexes. 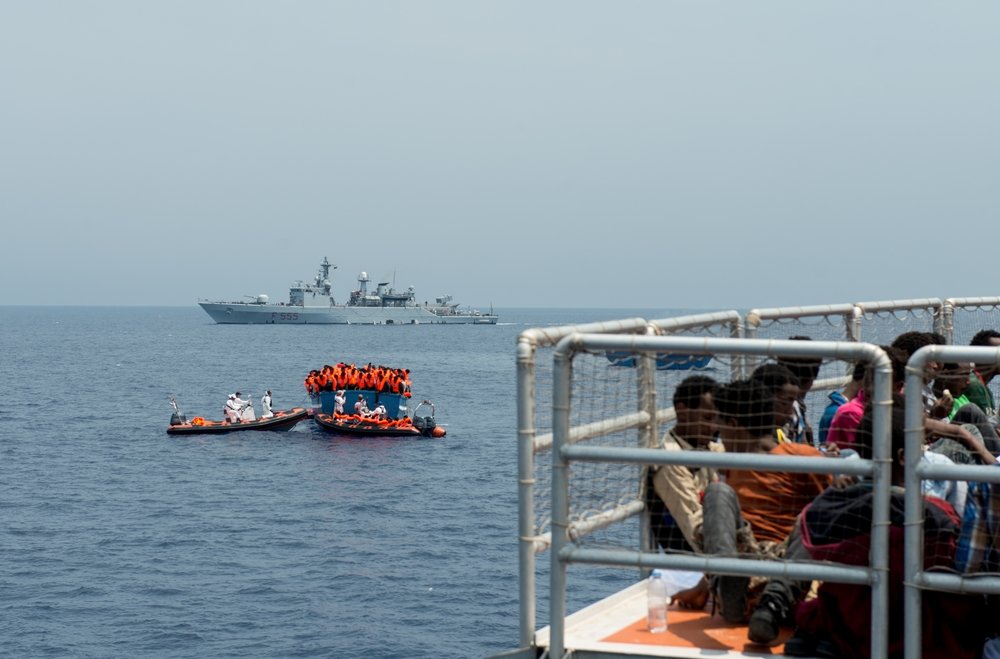 Let's zoom out a little. The world is facing its biggest refugee crisis since the Second World War. In the middle years of the last century, it was Europeans who were fleeing. This was when the legal body of refugee law was created. Back then, borders were porous, and it was easy for European leaders to speak of solidarity and compassion.

The contrast with today could not be starker. Today, Europe wants to keep people out by sealing its external borders; its leaders speak of a war on smugglers and their "business model"; solidarity and compassion are forgotten. Today, politicians argue not about how to help refugees, but about how to avoid resettling them in their constituencies. The conversation is not about how much is necessary, but about how little they can get away with. 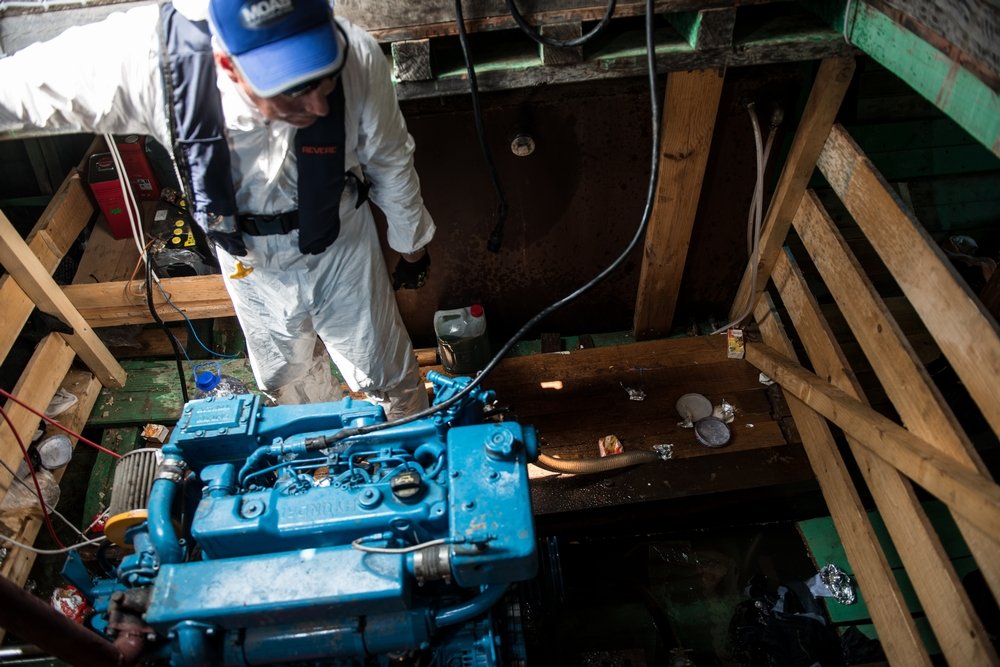 Gabriele François Casini/MSF
The engine of the wooden boat assisted by MSF and MOAS on June 6, 2015. The boat carried more than 500 people, mainly from Eritrea, all crammed into this confined space

Europe has been building its fortress for the past few decades, and protectionism has become second nature. Grounded in the logic of security, Europe is firmly focused on keeping people out. To do this, it has developed a battery of strategies. It has put its energy into building walls - of bricks and barbed wire, but also an impressively high wall of paper, made up of the endless legal and bureaucratic obstacles that block people's way in. It has also outsourced migration control to a buffer zone of nation states which have agreed to do Europe's dirty work in exchange for economic and other types of support.

The result is that refugee law is progressively being eroded, and the act of crossing borders is criminalised. Common practices include obstructing asylum procedures, limiting refugees' access to basic services, including healthcare, and detaining people for lengthy periods of time. An increasingly central tool of this outsourcing is sending people back through readmission and return agreements with third countries, not necessarily people's countries of origin.

Europe's justification for entering into such agreements is increasingly framed as part of the "war on smugglers and traffickers". But rather than curbing smuggling operations, restrictive migration policies fuel them. The more that people are criminalised, the less recourse they have to protection, which in turn makes them easier prey for extortion and abuse by trafficking networks, which are able to act with impunity.

After years of working in the Mediterranean and North Africa, our medical teams have witnessed the significant humanitarian consequences of these policies. For people on the move, they come at a heavy price, often putting their lives and health at risk. This can no longer be dismissed as an "unknown" and unintended impact. Public reports - by MSF and others - documenting abuse and torture tell a consistently disturbing story, yet Europe has turned a blind eye to this reality.

On the European side, the story describes a constant, often silent and sometimes violent pushing-back of people considered to be entering Europe irregularly. Further afield, and out of sight of European public opinion, the story is one of widespread abuse at the hands of security forces and smugglers, including high levels of violence and sexual violence, expulsions of vulnerable people into the desert, prolonged detention and torture.

As the "easy routes" into Europe are successively blocked, people have taken to more and more dangerous ones.

As heads of state meet in Malta on Wednesday to discuss the future of these types of policy, Europe will invite - or pressurise - Africa to do more. As far as Africa is concerned, stopping population flows towards Europe is not really a priority. But for Europe, this is a security matter of the utmost importance. More-or-less tempting cooperation agreements will be put on the table, in exchange for collaboration with Europe's migration policies.

Whatever the outcome, the existing trend of disrespecting refugee law while ignoring abuse and torture is no longer acceptable. Valletta must not be remembered as the place where the outsourcing of Europe's dirty work was rubber-stamped.

Joan Tubau is General Director of the Spanish section of Médecins Sans Frontières.

Read more about the work of MSF in the Mediterranean Crisis