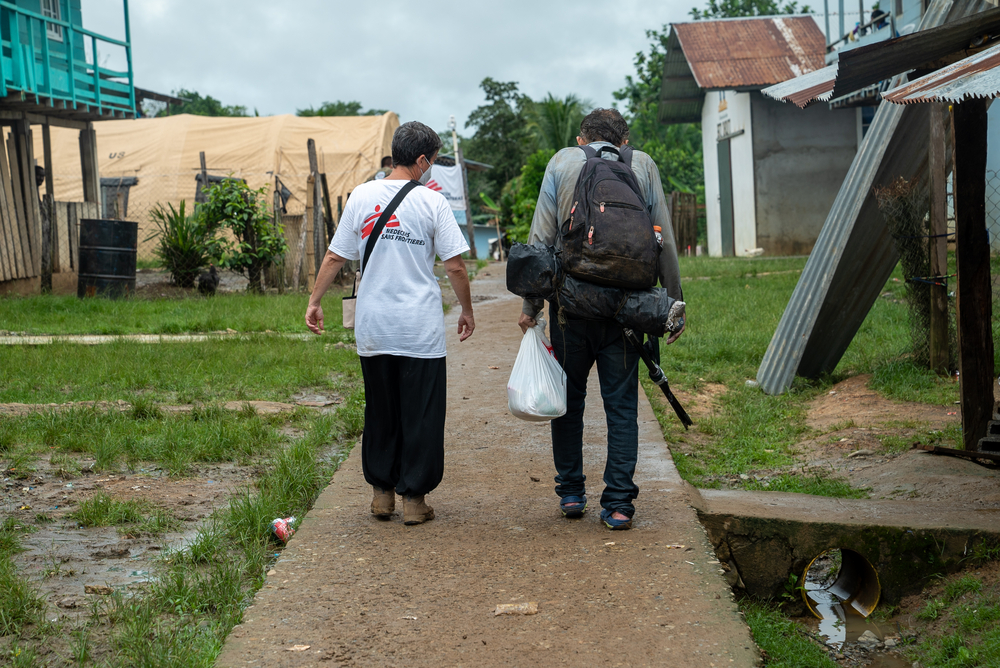 November 19th, 2021- Violence continues to stalk migrant groups crossing through the Darién jungle, on the border between Colombia and Panama. These attacks, perpetrated by criminal groups against people crossing the border, are usually extremely violent, and are generally aggravated by sexual assault and rape. Médecins Sans Frontières (MSF) is calling for safe migration routes and for regional governments to provide protection from violence for migrant families.

The current high levels of violence come despite a noticeable decrease in attacks for just a few weeks in October, coinciding with a greater presence of troops from SENAFRONT (Servicio Nacional de Fronteras, [National Border Service]) along the route. 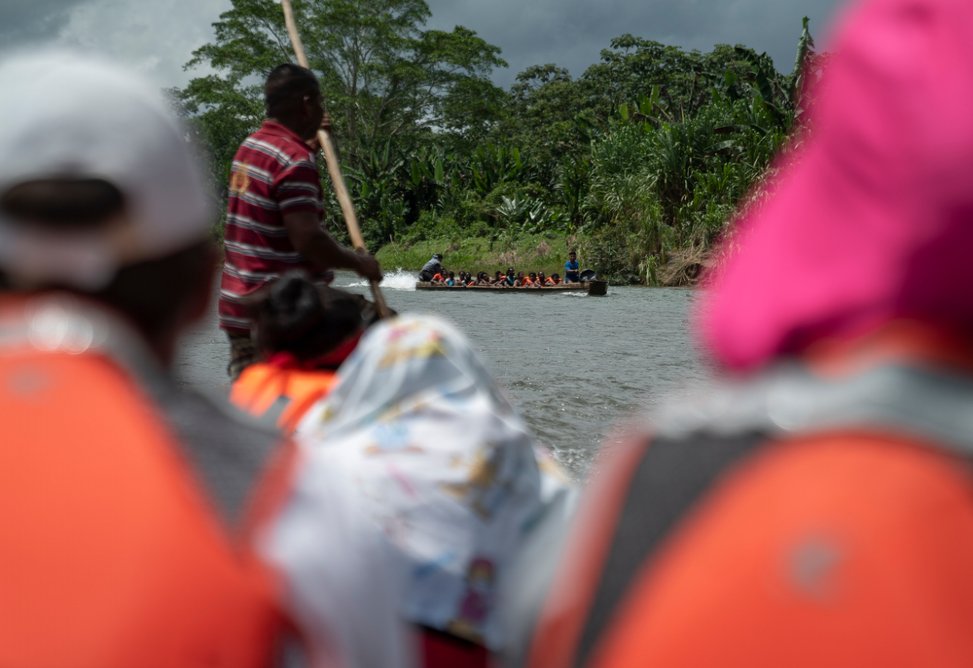 MSF/Sara de la Rubia
On the river, the teams come across boats laden with migrants whom the authorities are transporting to the so-called migrant reception centres. (June, 2021).

MSF teams have provided care to 288 victims of sexual assaults since April.

MSF medical teams are seeing a slight improvement in recent weeks in the physical state of people crossing the Darién jungle. 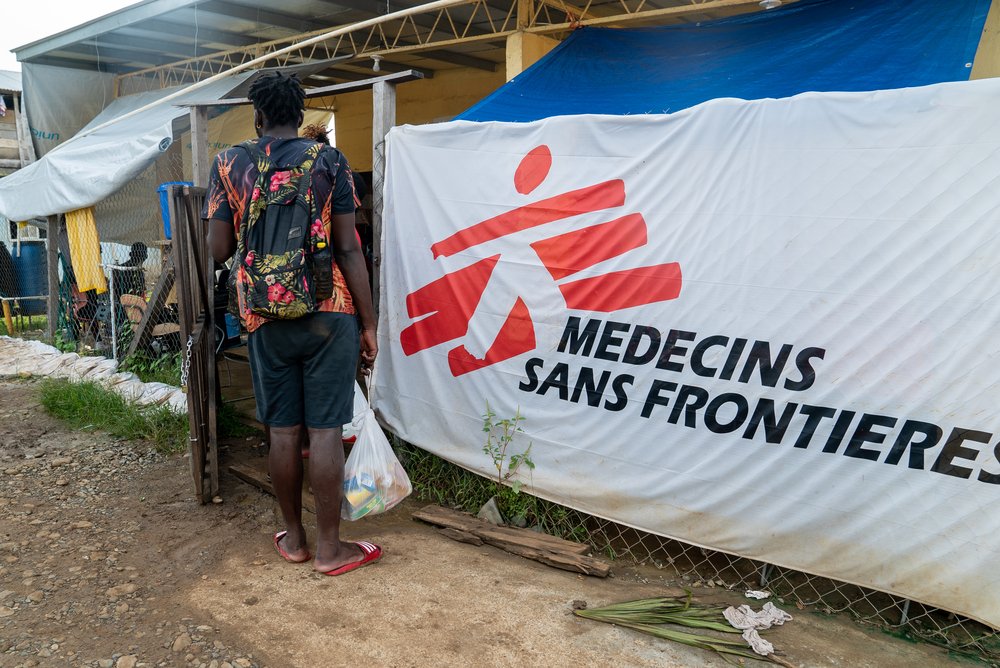 MSF/Sara de la Rubia
Many migrants tell of how they had to get rid of the luggage they were carrying as they set off, in order to travel as light as possible. (June, 2021).

The Bajo Chiquito community in Panama is offering people the option to do the last stretch of the route in a canoe, so the journey becomes somewhat shorter.

“Migrants who can pay for the service make the journey to Bajo Chiquito, the first community on the Panamanian side, two days shorter,” explains Owen Breuil, MSF field project coordinator in Panama. 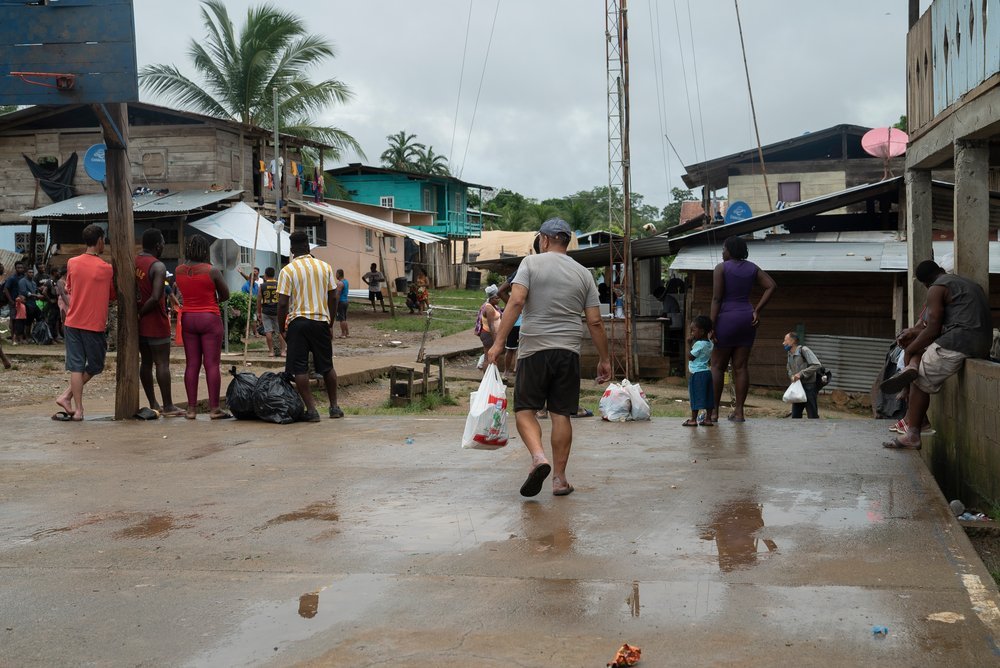 “This means they don't arrive in such extreme physical condition as before."

In mid-September and early October, the violence was contained, with a greater presence of SENAFRONT troops in the Darién Gap and the transfer of the prosecutor's office to Bajo Chiquito.

Request for protection and safety

“This decrease was short-lived, however, and now we're seeing violence and sexual violence on the rise again,” says Breuil.

“We’re therefore renewing our request for safe routes and protection for migrant families along the entire route." 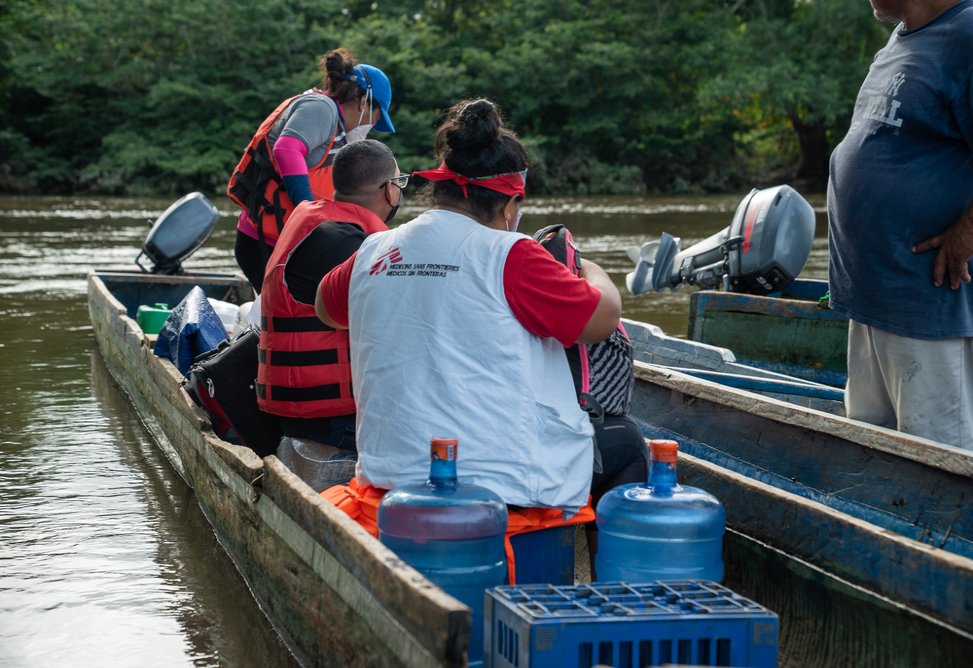 "We're talking about a group of people largely made up of families, with pregnant women and children in transit.”

Of the more than 30,000 medical consultations provided to people who have arrived in Bajo Chiquito, Panama, where MSF collaborates with the Ministry of Health, and in the migrant reception centres of Lajas Blancas and San Vicente, around 10,000 consultations have been provided to children or adolescents and around 1,000 to pregnant women.

The most common conditions seen by healthcare teams include injuries from falls, skin problems due to stings and bites, and foot problems. 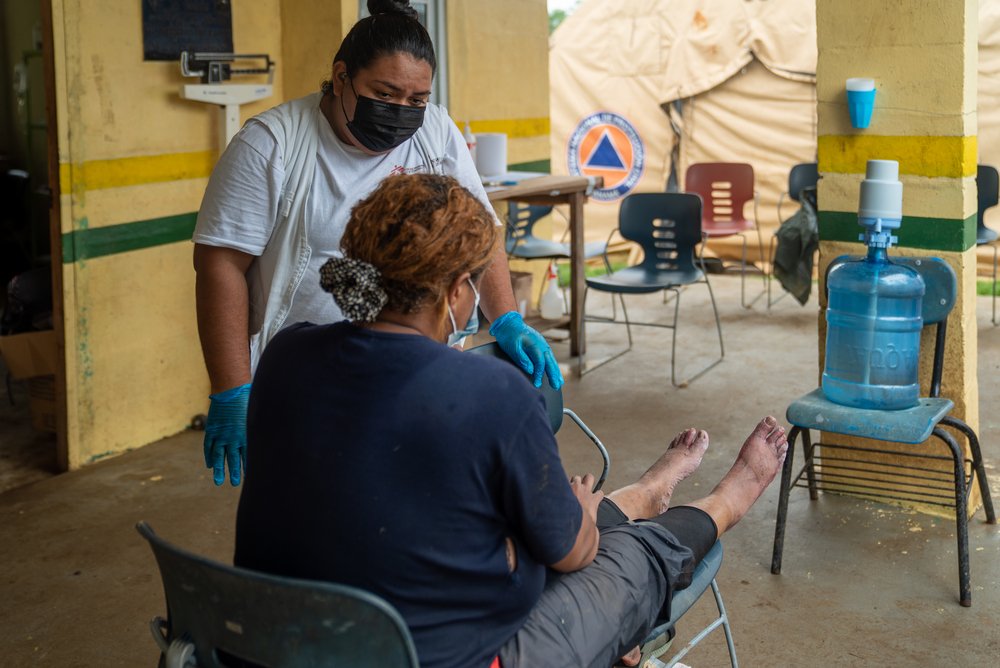 MSF/Sara de la Rubia
Lucero, an MSF nurse, listens to a patient while the patient keeps her feet up. (June, 2021).

“The vast majority of migrants we see are families of Haitians who have lived for the last few years in Brazil or Chile,” says Breuil.

“Many of them lost their livelihoods due to the pandemic and have been forced to move north in search of opportunities.”

Those moving through the jungle include those who have had to abandon Haiti or the countries where they were residing because of violence, or the economic crisis caused by the COVID-19 pandemic.

Policies that criminalise migrants have also pushed people to move.

“They are forced to do so by the most dangerous route, because they cannot pay for other, less exposed, paths.” 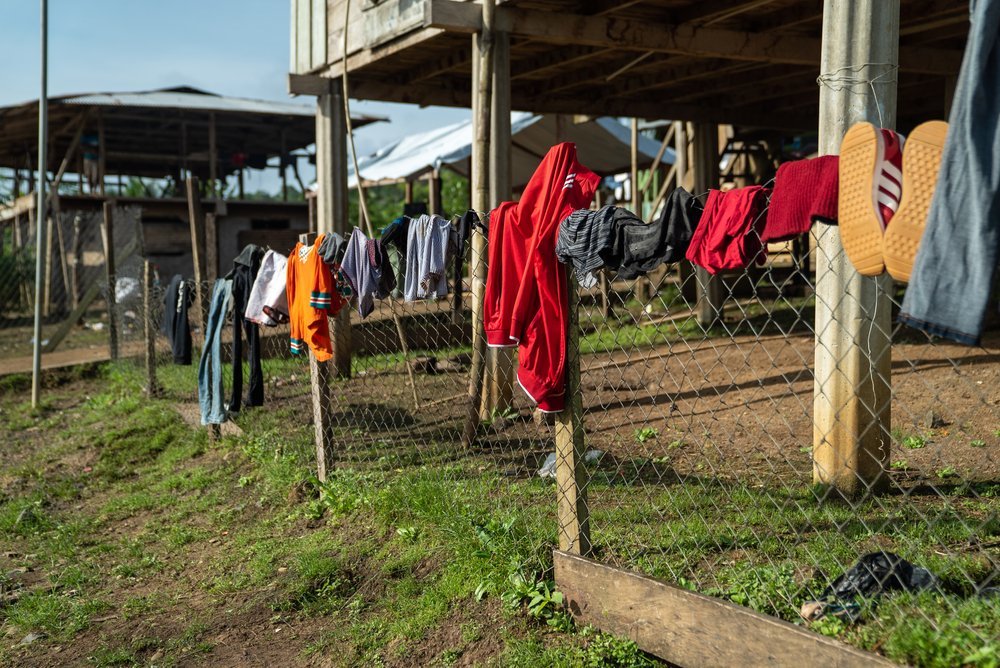 The migrants use water from the river to wash their clothes, which they hang to dry wherever they can. (June, 2021).

People experience physically gruelling days of traversing perilous terrain, with rivers that suddenly burst their banks, steep slopes and cliffs that are extremely difficult to navigate.

They frequently tell of having seen corpses on the route and injured people who have been left behind, unable to continue.

In the course of our activities to date, through to early October, we have provided 877 individual mental health consultations, and 3,475 people have participated in group consultations. 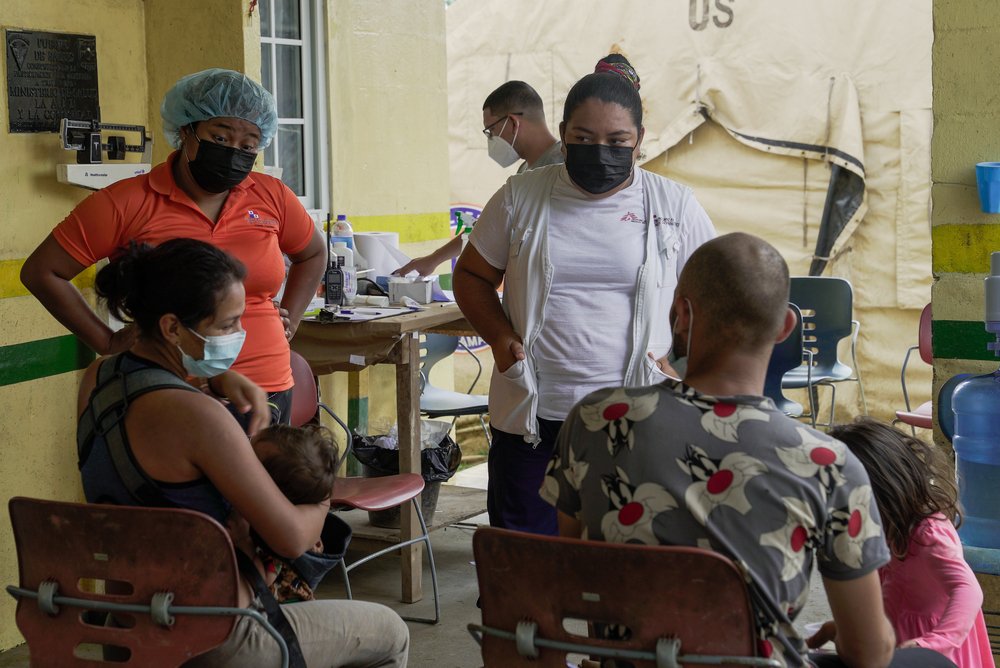 MSF/Sara de la Rubia
Apart from the terrible damage to their feet, the main symptoms presented by the migrants are bruising and traumas due to falls, as well as skin damage caused by insect bites. (June, 2021).

According to the Panamanian Migration Department, in 2021, 121,737 migrants have entered Panama through the Darién jungle, 29,604 of them in October alone.

In just 10 months of this year, as many migrants have crossed through the Darién jungle as have over the last 11 years. 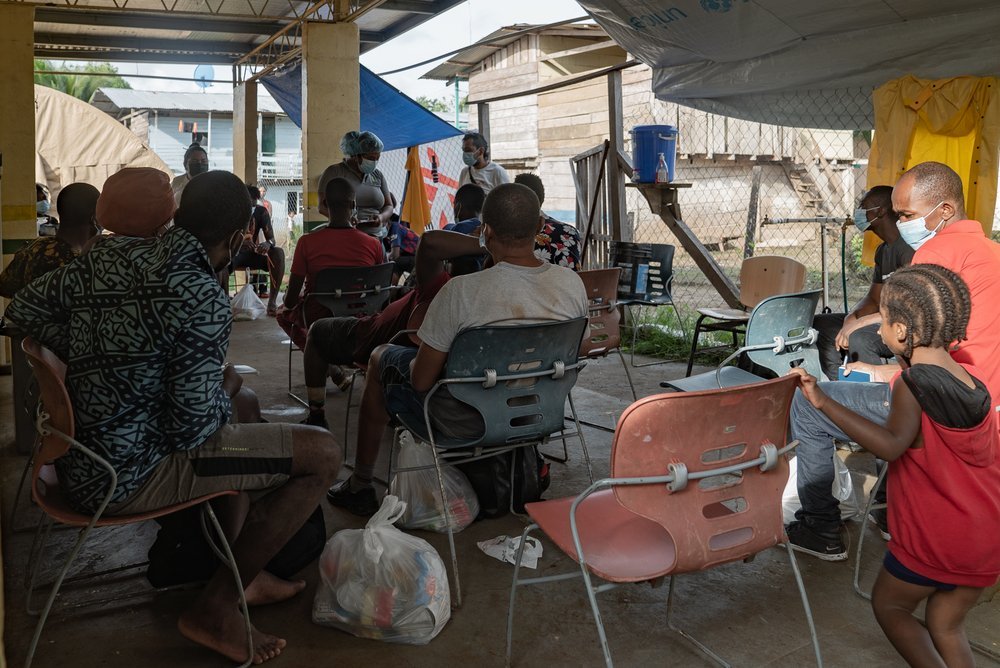 MSF/Sara de la Rubia
Waiting room of the medical post where MSF staff provides assistance to migrants and the Bajo Chiquito population, in partnership with the Ministry of Health. (June, 2021).
“

Free and orderly transit between the two countries is the only sustainable option to guarantee protection for these people,” says Breuil.

“We urge for safe routes for migrant families and for regional governments to provide protection from violence.”