Since it began in December 2013, the conflict in South Sudan has forced over two million people from their homes. For those living in the east of the country, the refugee camps in Ethiopia’s Gambella Region offer the best sanctuary.

“I arrived with my family after eight days of walking. We didn’t have food or animals, so we were forced to sell our clothes to buy milk to survive. We decided to come to Ethiopia where we could have our basic needs met and can get education for our children,” explains 20-year-old Sarah, whose third child received medical treatment at the Médecins Sans Frontières (MSF) clinic in the Kule refugee camp. “We can have a life here, but we plan to return to South Sudan as soon as the situation is better.”

For most, a permanent return home is only wishful thinking after fighting erupted again last year in the east of South Sudan. In 2017 alone, 100,000 people crossed the border looking for respite. Ethiopia now hosts over 435,000 South Sudanese, the largest refugee population in the country. 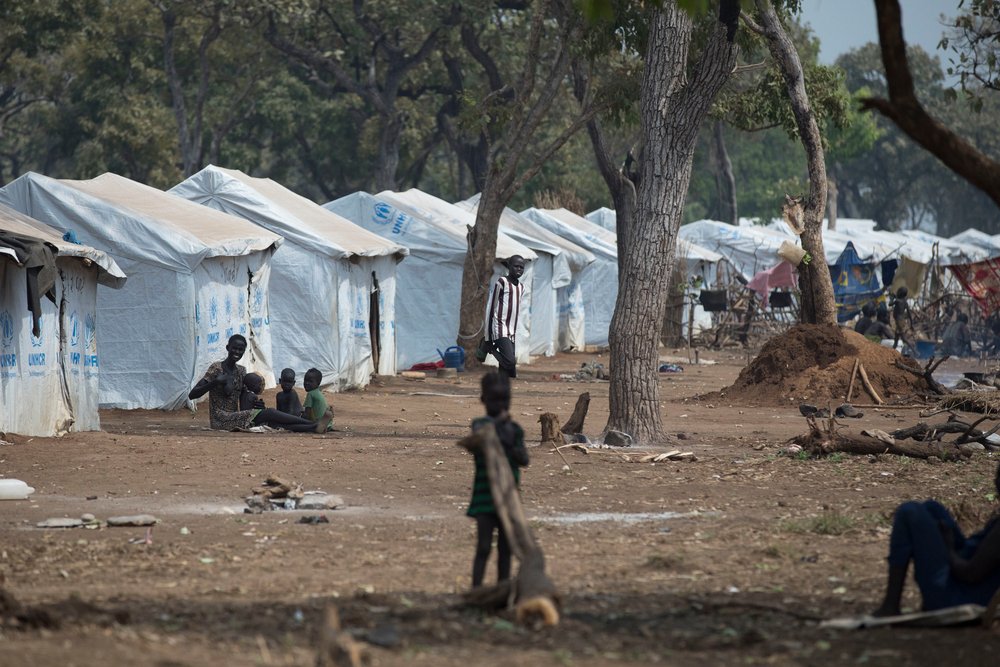 “Every week hundreds arrive by foot in this region, in desperate need of emergency healthcare. Often, they are severally weakened by the ordeal, with little but the clothes on their backs and horror stories of violence and destruction,” explains Bart Bardok, MSF project coordinator in the Kule and Tierkidi camps. “Malnutrition and dehydration are common. When they arrive, refugees undergo a health assessment by MSF or by the health authorities and can be referred to one of our clinics.”

In 2017, MSF provided medical care in three of Gambella’s refugee camps. In Kule, with a population of 53,000 people, MSF runs one health centre and three health posts, while in Tierkidi camp the organization runs another three health posts, including a 24/7 maternity service, serving a population of 71,000 people. In Pugnido camp, where 66,000 people had settled, MSF ran one health post, and one extension site, together with a health centre, in Pugnido Town. This was done together with the government authorities. 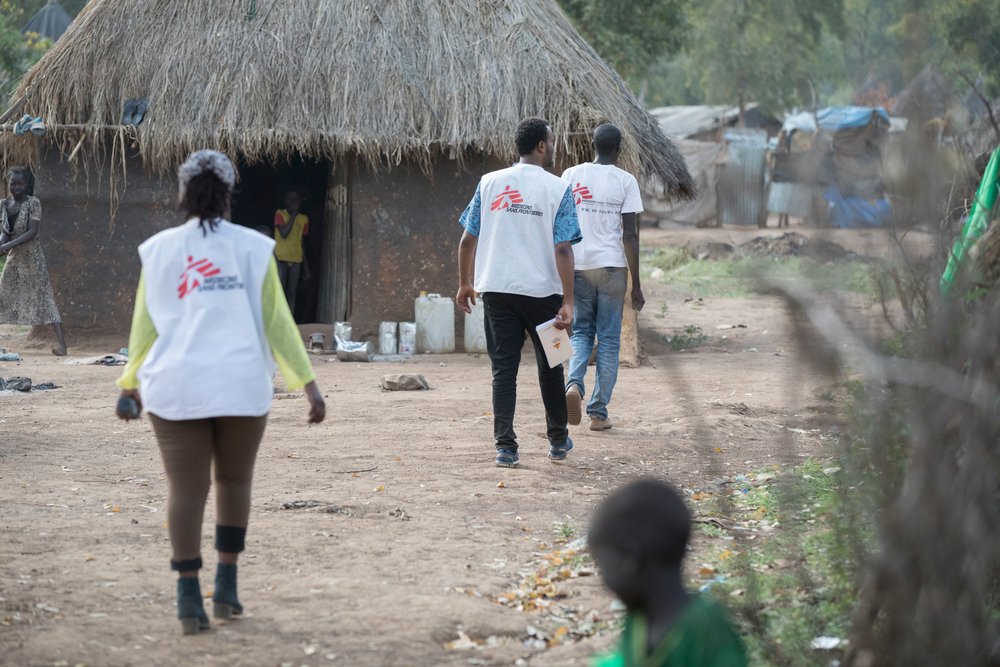 ZACHARIAS ABUBEKER
MSF outreach workers walk inside a small section of Kule camp on 24 Nov 2017 visiting houses and making sure people are attending to their own health needs.

Pugnido camp did not receive any new arrivals in 2017 and MSF decided to close its health posts there in early 2018 and move activities to the new Nguenyyiel camp, setting up a health post. As of March 2018, 82,000 refugees live in Nguenyyiel camp but this is expected rise in the coming months.

Main morbidities at the camps

Across the three camps, MSF treated 340,000 people in 2017; 30 percent of these were children under-five. Malaria was one of the most significant problems with over 72,000 cases treated in the three locations; followed by respiratory infections and diarrhoea.

“Our MSF teams respond to the medical needs of the South Sudanese refugees and the local community, which in Gambella numbers over 300,000,” explains Oliver Schulz, MSF’s country representative in Ethiopia. “MSF has been also running mobile clinics at entry points along the Ethiopian border to provide immediate medical care.”

As well as support in the camps, in 2017 MSF started a partnership with Gambella General Hospital in the regional capital, the only health facility in the region that can perform surgical operations. There are over 800,000 people in its catchment area, including both refugees and local communities. Overall admissions have increased significantly as word has spread of its enhanced services. 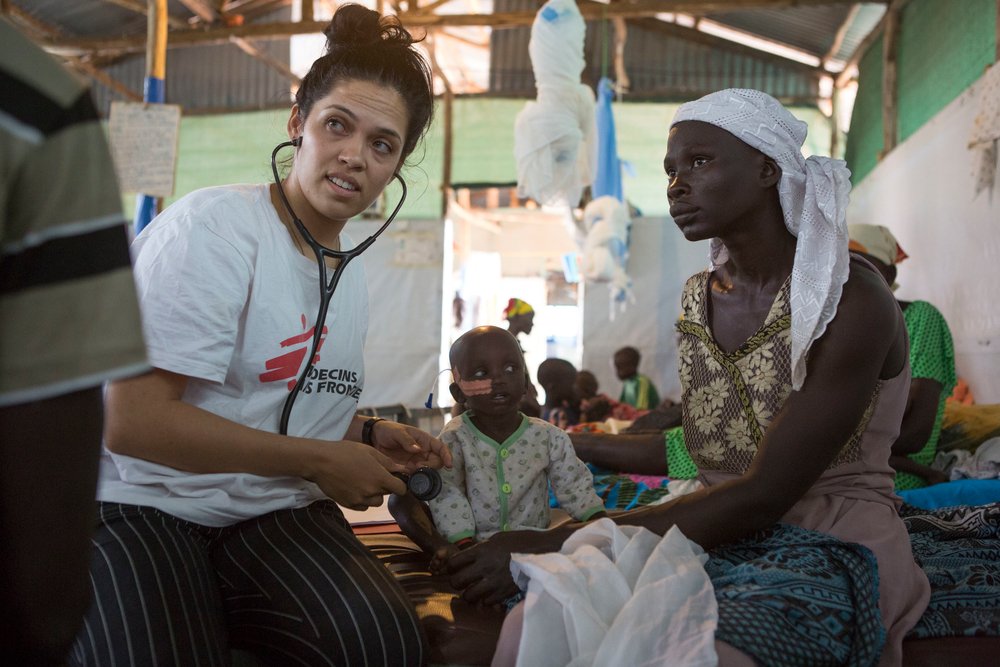 ZACHARIAS ABUBEKER
Saskia Spoor an MSF doctor working in Kule health centre for the past nine months is seen attending a patient during rounds on 11 Nov 2017. The child has been admitted to the malnourished ward in Kule Refugee centre.

“The hospital has seen an increase in admissions to the departments MSF is supporting. For example, the number of admissions in maternity has almost doubled in only a few months, as the capacity of the hospital has really improved,” says Dr César Pérez Herrero, MSF project medical referent in the hospital.

“Since June 2017, the hospital has helped deliver over 1,900 babies. Having a surgery service on hand has ensured that emergency procedures, like C-sections, can be undertaken quickly and safely,” adds Pérez Herrero.

The emphasis of MSF surgical work has been on emergency interventions, and the biggest category was violent and non-violent injuries. Over 1,500 surgical cases were performed last year.

Even with MSF involvement, the surgical department is constantly overwhelmed and needs additional support. With the situation in South Sudan worsening, a new influx of refugees and war-wounded can be expected at any time.

MSF’s presence in Gambella will continue to be necessary as long as the war rages across the border. MSF remains committed to improving of the quality of care for patients, who have endured so many challenges.