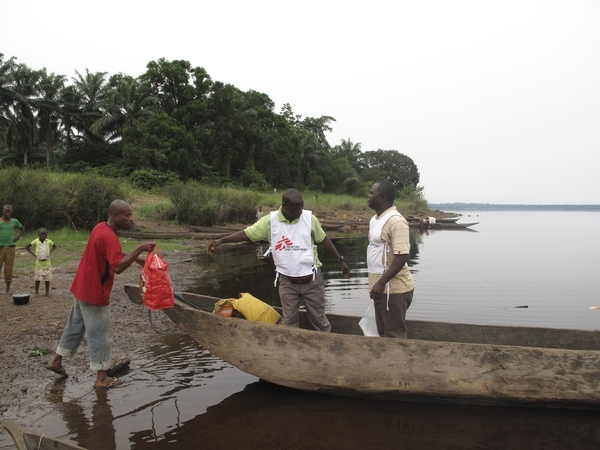 Malaria is the leading cause of death in DRC, killing approximately 300,000 children under five every year.

MSF’s health centres and hospitals have observed a marked increase in malaria cases, including in its severe form. In six provinces (half of the vast country), the number of people treated for malaria in MSF projects has increased 250 percent since 2009, with the rise even more sharp in recent months. The increase is particularly alarming due to the high number of severe malaria patients requiring hospitalisation and urgent blood transfusions due to malaria-induced anaemia. In the face of such a high burden of this disease, MSF is unable to respond in all affected areas, the organisation announced.

"Treatment outside the cities remains especially weak, due to unaffordability or geographic inaccessibility,” said Dr. Jorgen Stassijns, a malaria specialist for MSF. “In some areas, health care is simply non-existent. Even when treatment is available, the drugs are sometimes inadequate or outdated," he said.

In response to this significant increase, MSF has deployed additional emergency teams in four provinces in DRC. In 2009, MSF teams treated more than 45,000 people with malaria and in 2011, more than 158,000 people were treated. So far this year, more than 85,000 people have been treated.

While the causes of the increase remain uncertain, the crisis is unfolding in the context of a health system sorely lacking in resources at all levels. The country lacks adequate medicines, medical supplies, and sufficient numbers of trained medical personnel. Malaria prevention and management systems are deficient.

In order to understand the possible causes of this increase, MSF is currently developing research studies.

In North Kivu and South Kivu provinces, and recently in the northern area in Katanga province, ongoing insecurity and renewed fighting also prevent people from obtaining health care.  In Maniema, Orientale, Equateur, and Katanga provinces, the limited presence of effective health care providers and overstretched health systems make it difficult for people living in endemic areas to access prevention and treatment for malaria.

While MSF’s emergency response is saving lives in the short term, the organisation calls on other international health organisations, including the Ministry of Health, to increase their efforts in providing rapid and sustainable prevention and treatment measures.