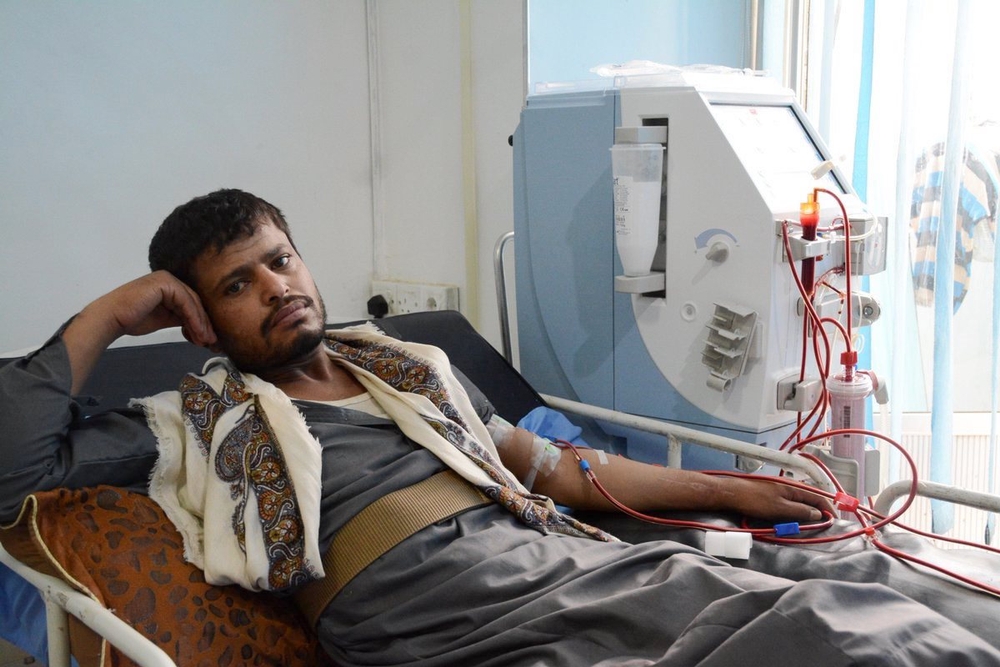 Since the start of the conflict in Yemen, four of Yemen’s 32 kidney treatment centres have been forced to close. The remainder are running out of essential supplies, hindering their ability to provide patients with uninterrupted treatment. Patients, meanwhile, struggle to travel to those centres that still function, as well as to pay for treatment.

Patients with renal failure are dependent on machines to clean their blood, a function normally carried out by the kidneys. Such patients usually attend dialysis sessions three times per week. Across Yemen, this has been reduced to two sessions per week, leading to increased medical side effects, a decreased quality of life and potentially to death.

“Most patients with renal failure generally don’t have the physical strength or money to travel for treatment,” says Djoen Besselink, MSF head of mission in Yemen. “Even if they can reach a centre that is still functioning, they may not be able to afford the treatment. A significant number of dialysis patients are government employees, who haven’t received their salaries for over 18 months. Their chance of receiving this lifesaving medical care is slim.” 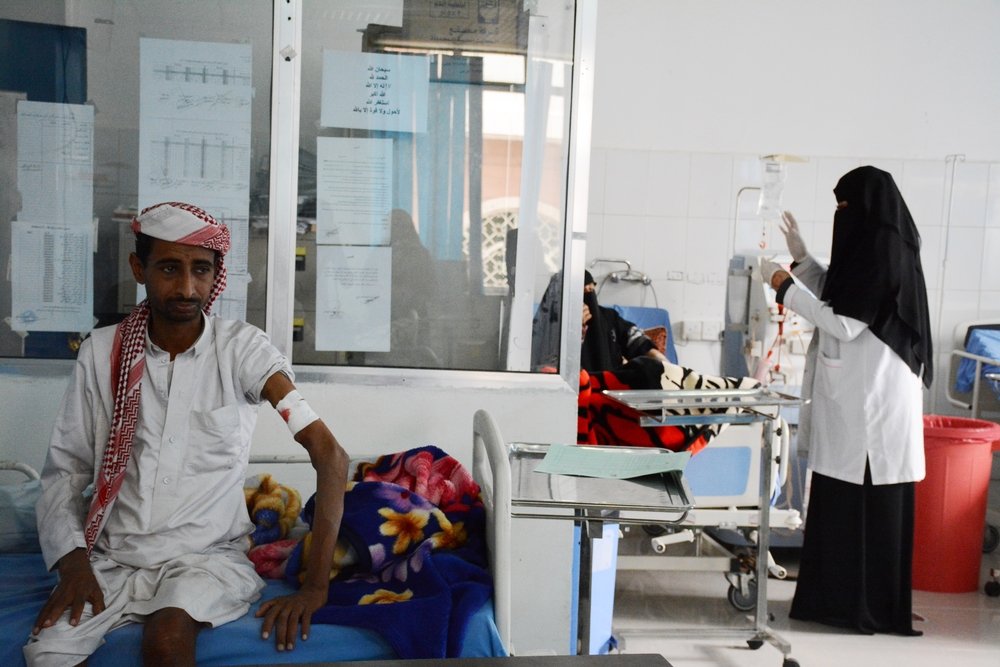 Mukbil, 35, who has kidney failure, has been living in a hospital carpark for months to cut down on travel costs. “I don’t have the money for transport from my home to the hospital for each session,” says Mukbil, “so I decided to stay in the parking lot.”

Saber, aged 24, can afford dialysis only because his mother-in-law sold all her jewellery to fund his continued treatment. “The sickness is bringing me to the ground and my loved ones are suffering,” he says.

“The situation for renal failure patients is just one example of the consequences of war on the Yemeni people,” says Besselink. “Medicines and supplies are running low, health workers have not been paid for 18 months, hospitals are struggling to function and many have been hit by airstrikes or shelling and forced to close – MSF facilities included. The medical needs are huge and the situation is dire.”

Thousands in need of treatment

Over the past two years, MSF has imported more than 800 tons of dialysis supplies and provided more than 83,000 dialysis sessions for some 800 patients, free of charge. However, MSF is unable to cover the enormous needs in the country, and is calling on other organisations to step in and help the more than 4,400 renal failure patients who are in urgent need of treatment.