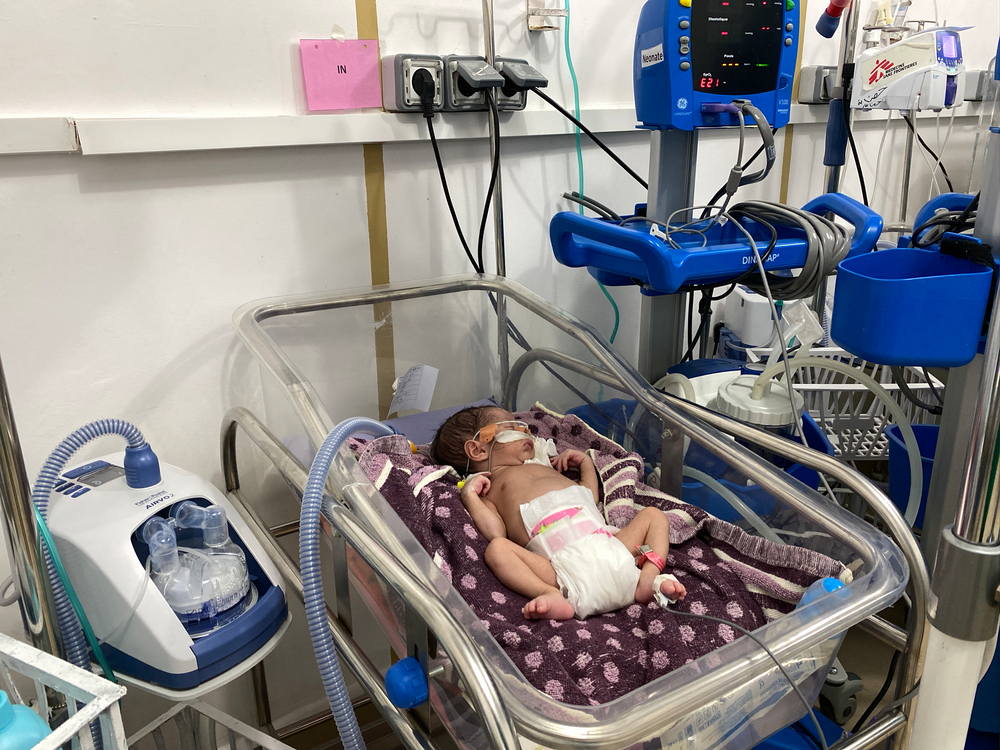 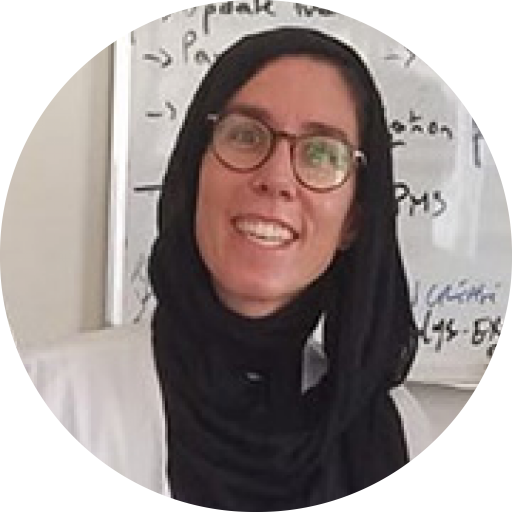 Years of brutal civil war have pushed Yemen's healthcare system to collapse. From a maternity ward in the battle-scarred city of Abs, MSF midwife Tamara takes us through the challenges of welcoming new life into this unstable world.

The fear of the unknown

I’m listening to an unborn baby with an audio device called a Sonicaid. We’re in the maternity unit of the MSF-supported hospital in Abs, Yemen.

In Abs we don’t have cardiotocography monitoring, a device that, back in London, a woman considered a high-risk pregnancy would be connected to constantly to monitor the wellbeing of her baby. 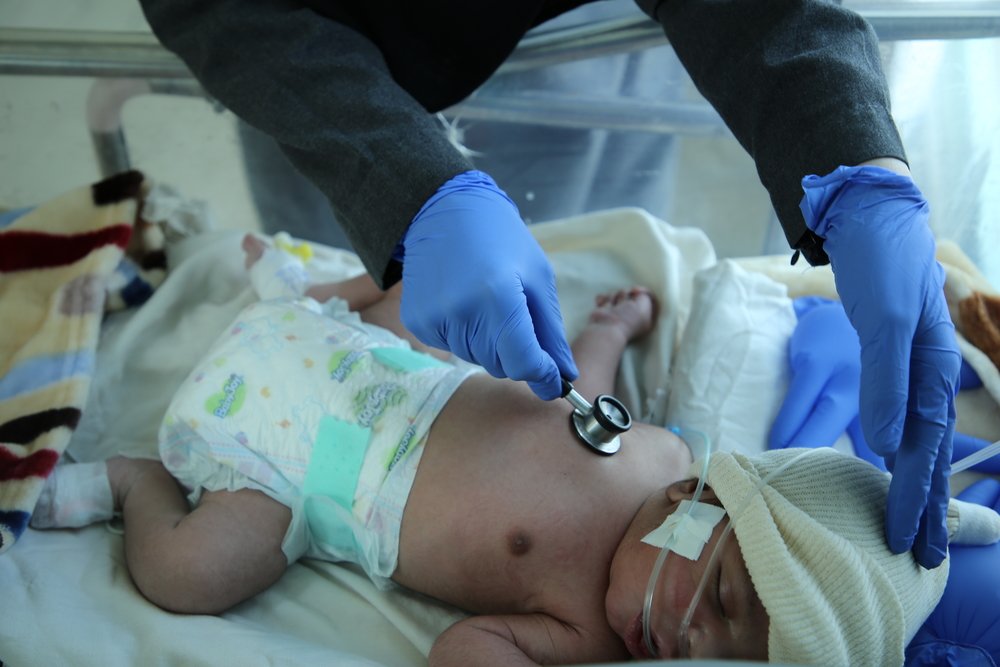 So, instead, I’m listening to the heartbeat of the baby.

The heartbeat of the baby tells me 145 beats per minute, which is OK, but it doesn’t give enough information to know if the baby is suffering from a lack of oxygen or give me a full picture of its wellbeing.

It’s like working with your eyes closed. I am here to help this woman give birth, but I don’t have all the information about what is happening.

That’s what working on the maternity ward is like in Abs. You can’t see anything, so it’s a surprise, whatever comes. You just have to be ready and you need to treat every woman as a high-risk case.

Not a single time can you think "No, she's fine. Everything is going to be fine. The baby will be born, and that's it."

You always have to have a red flag in your head thinking, "Hundreds of things can happen… so let's go and get ready."

I worked at the hospital in Abs for two months, on my first assignment for MSF.

The conflict causes so many situations that I just don’t have to imagine happening when I’m working in the UK. People are struggling, their country is at war, they have medical conditions which they can’t get treated, and all of this is exacerbated in pregnancy. 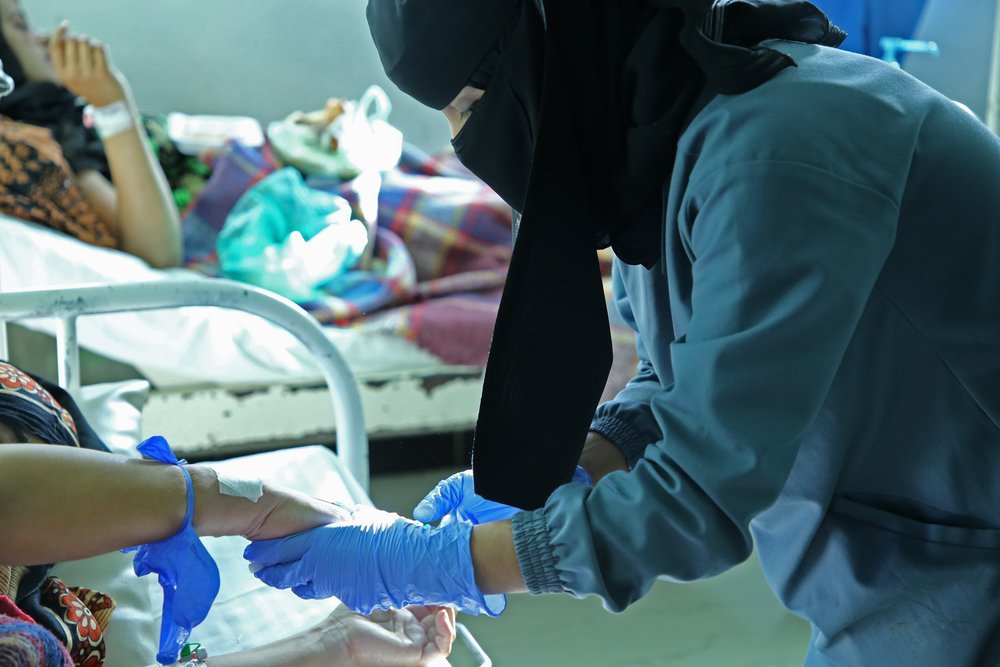 Maya Abu Ata/MSF
An MSF nurse checks on a patient at a mother and child hospital in Yemen.

The Yemeni health system has collapsed, and most of the families in the area can’t afford antenatal care from private clinics, so a lot of complications that could have been spotted early or prevented are missed. And this means that many women arrive at the hospital with really urgent, serious conditions: obstructed labour, uterine rupture, haemorrhage, eclampsia.

I remember a woman who was readmitted to the hospital during my first week here. She’d had a C-section and her scars had become infected. It can happen anywhere, but it’s not that common in the UK, where I live.

When we talked to the family, we learned that they just didn’t have the water to keep the wounds clean while they healed. They couldn’t just go to the kitchen and turn on a tap.

On top of all of this, getting to and from the hospital is hard for people. The costs of transport and danger on the roads mean that women face dangerous delays in getting to care. However, once here, their families sometimes want them to leave before they’re medically ready.

This is because of situations caused by the conflict either mean it’s “now or never” to get home safely, that the family won’t be able to afford to come back to the hospital, of that nobody is able to take care of other children still at home.

Despite these challenges, most of the women who arrived at the hospital did go home with healthy babies.

We had a lot of breech presentation deliveries – a difficult birth when the baby is coming out feet first. These births are not common in Europe because they are diagnosed during antenatal care (which is basically non-existent in Yemen) and women are offered a caesarean section before going into labour. 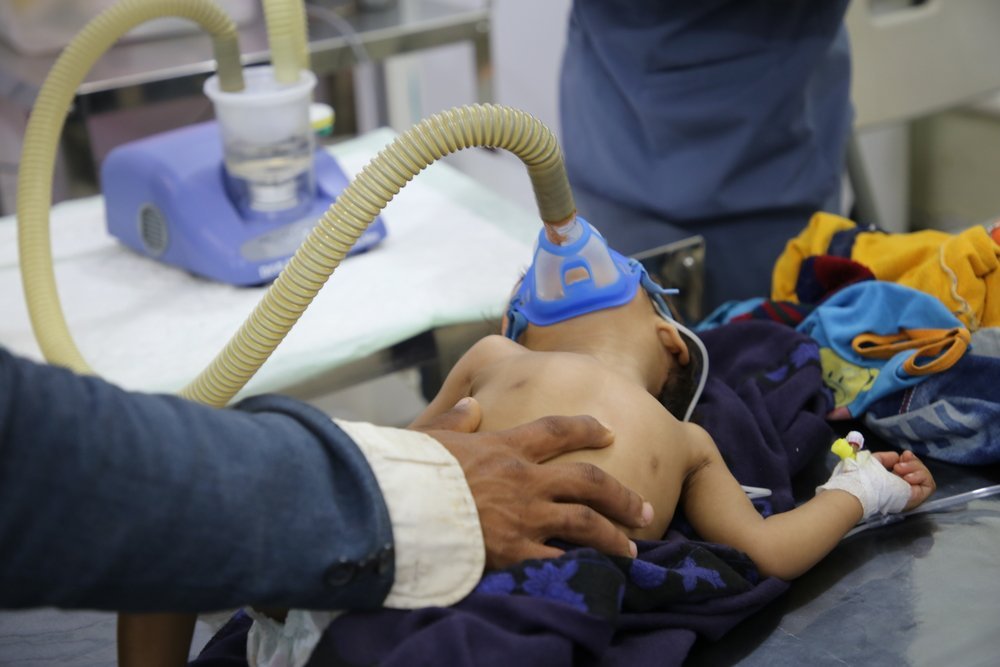 Maya Abu Ata/MSF
A child with breathing difficulties is put on a nebulizer in the emergency room (ER) of the Mother and Child hospital in Taiz Houban, southwestern Yemen. February 2020.

But, in Abs, dealing with complications like this was a common event.

I was so surprised at how well our midwife team were able to manage these and send mothers and their new babies home together.