When Um Ayman began to have pain in her stomach she did not think it was the beginning of labour because she was not yet nine months into her pregnancy. She went to the pharmacist, whose volunteer ‘doctor’ is the only option for medical advice in al-Malahaet, her village. It is an isolated place, near both to the Saudi border and the frontline where Saudi and Yemeni troops face off with fighters from Ansar Allah. “The doctor told me that it was not time for me to give birth and gave me some IV fluids,” she said. “But then my waters broke.”

She spent an agonising three days at home trying to give birth before her family managed to scrabble together the money for the five-hour car ride to Haydan.

There, staff at the Médecins sans frontières / Doctors Without Borders (MSF) hospital found that her baby had been lying horizontally across her uterus, instead of straight down.

The baby had died during the labour and Um Ayman needed urgent surgery to remove the corpse and save her life.

Stories like Um Ayman’s are all too common in Haydan, a town of traditional brown houses, lush qat fields, and the ruins of buildings bombed by Saudi jets.

"The area’s remoteness and inaccessibility combined with active conflict, poverty, and a barely functional healthcare system means that few of its inhabitants have access to the healthcare that they need"

While the town is not bombed like it was in the first years of the war – houses, the town’s girls’ school and even the MSF hospital were all destroyed – explosions from air strikes still echo in the hills around. 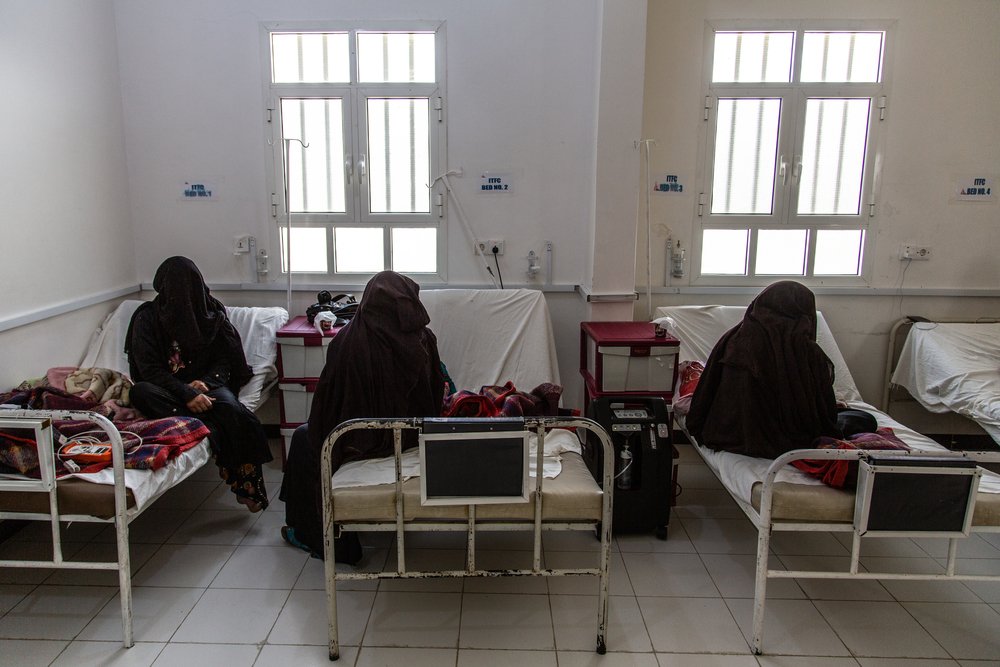 Agnes Varraine-Leca/MSF
Yemen, Saada governorate, Haydan hospital, 20 April 2019 - Mothers and their children inside the ITFC of Haydan. MSF has been working in Haydan since 2015.

The area’s remoteness and inaccessibility combined with active conflict, poverty, and a barely functional healthcare system means that few of its inhabitants have access to the healthcare that they need.

The hospital, which MSF rebuilt and re-opened in 2017, is one of the very few options.

“We are in what might be called a healthcare desert here,” said David Charo Kahindi, MSF’s Project Coordinator in Haydan.

“There are very few health facilities and things seem to be getting worse." 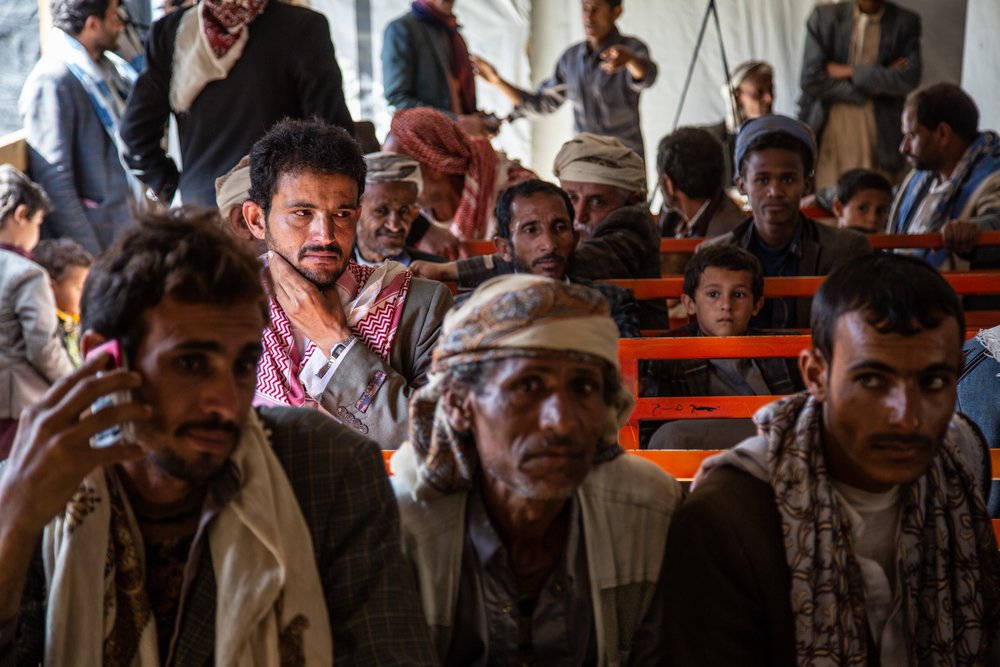 "Our paediatric admissions have increased by 45% and the number of deliveries by 30% compared to the same period last year, and overall we are seeing more serious patients coming to us: while the number of people coming to the ER is stable, we are admitting double the number of them than we were last year.”

The hospital treats relatively few wounded from the fighting itself: around 15 a month. Instead, much of the activity focuses on the needs of mothers and their children.

The team have assisted 176 deliveries and admitted 92 children to the wards on average per month so far this year.

The children were mostly sick because of respiratory tract infections and diarrhoea, diseases often associated with poor living conditions. 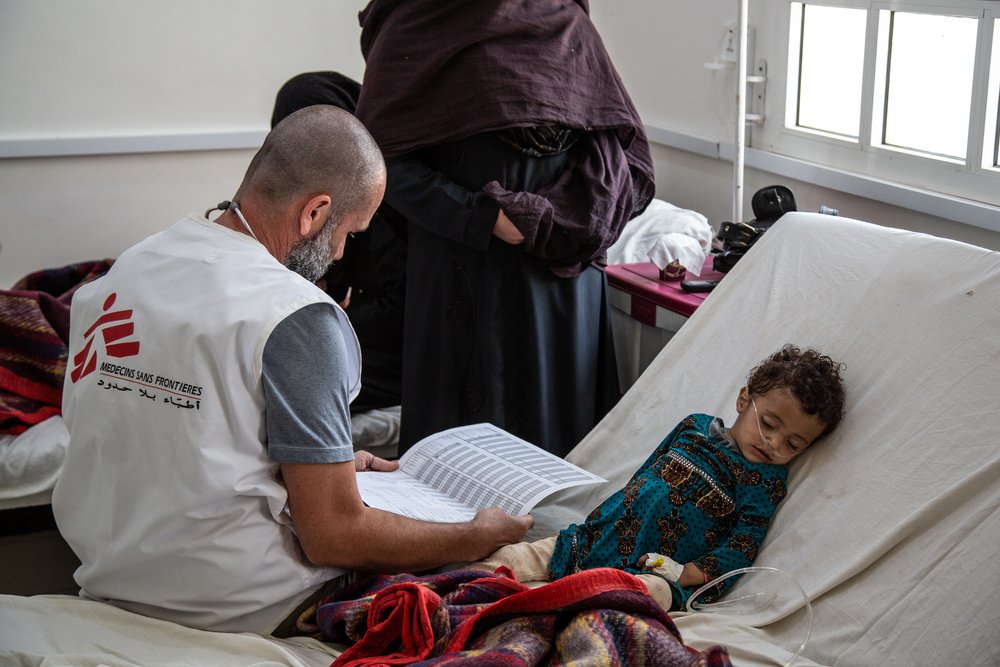 Only 40% of the mothers who deliver in the hospital have been able to access antenatal care, which means many complications go undetected until the mother goes into labour, just like Um Ayman.

“At the end of last year we opened an operating theatre in the hospital so that we would not have to refer people to Sa’ada City,” explained Kahindi.

“People here all already having to travel for many hours to get to Haydan, so now it is better that we can offer care for women who need caesarean sections or people need other types of general surgery without them having to travel even further.”

Travel has become harder in recent years as the price of fuel has increased and inflation has reduced people’s purchasing power. 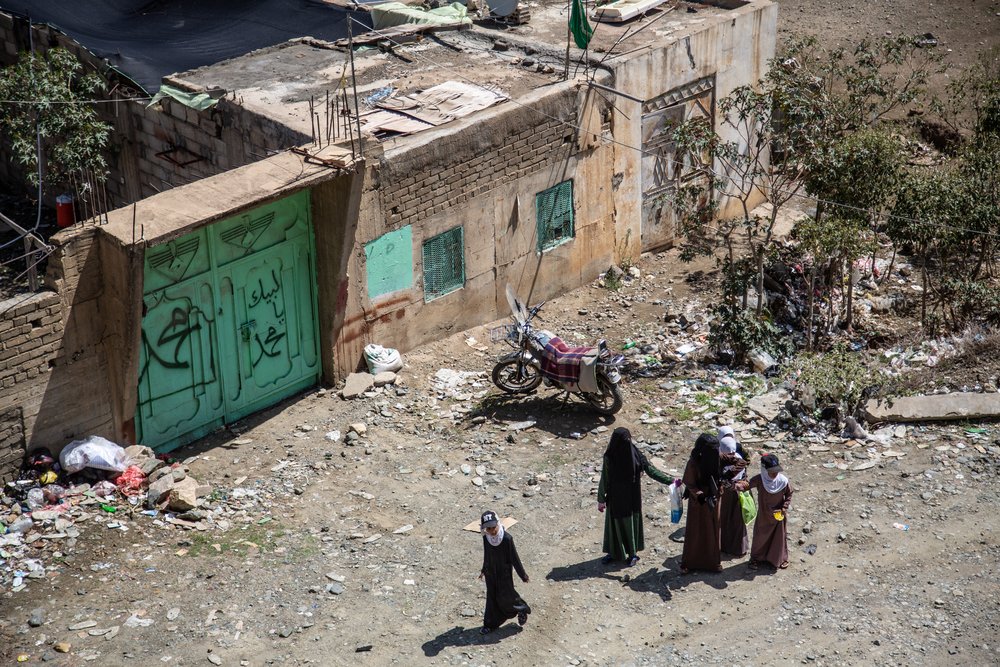 “We live in Lower Duweib and it takes six hours to get here to Haydan,” said Hamid Ali, 33, who had accompanied his uncle to hospital after he broke his leg in a car crash.

These are astronomical sums for families in the region, most of whom are farmers and herders, living in an area heavily impacted by conflict.

“We have livestock,” says Ali, “and we hear the fighting every day. Sometimes the shelling hits our village, but we do our best to live an ordinary life.”

Complications for humanitarian organisations to respond

The conflict does not only create needs amongst the people living in the area, but also makes it more complicated for humanitarian organisations to respond.

The different sets of authorities in Yemen all regulate the work and movements of humanitarian organisations to some extent, with some of the conditions put in place by Ansar Allah particularly demanding. 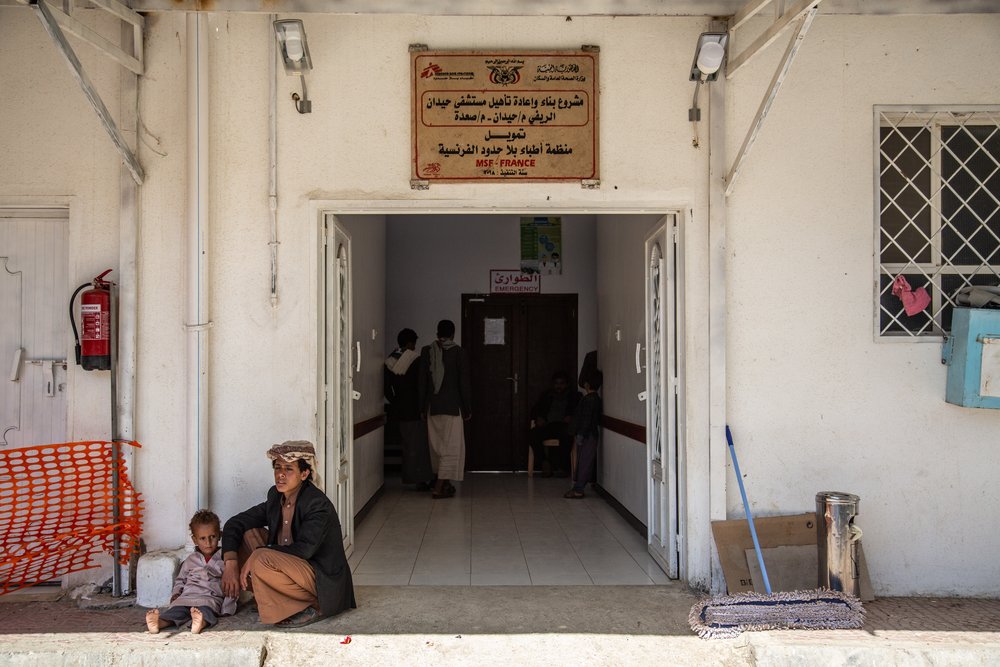 Obtaining permission to work in areas close to the frontline, such as Haydan, is often especially difficult because of those areas’ sensitivity, and MSF is the only humanitarian organisation with a permanent presence in the district.

“We see that there are huge needs here, and while we have already started new services and are expanding the hospital further, we cannot meet all the needs alone,” said Kahindi.

“In order to meet the existing needs and prevent the situation from deteriorating further we need other organisations to commit to providing services here – and for the authorities to facilitate their access.” 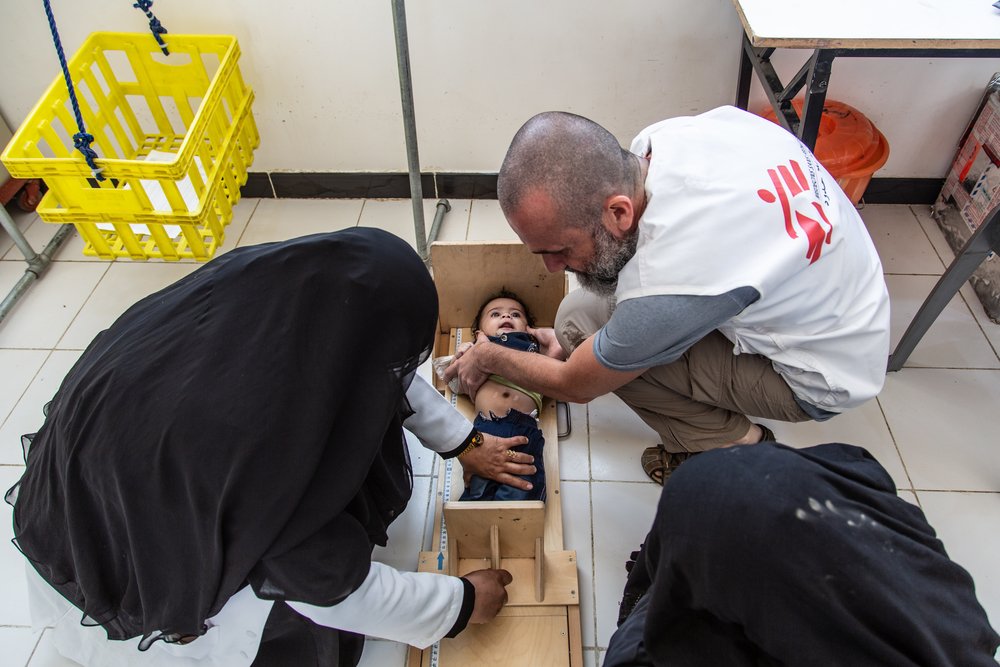 Um Ayman was overcoming the trauma of her experience and getting ready to go back to theatre to have her wound cleaned, despite the fear that she felt.

“I am scared,” she said, “I don’t want to die without seeing my children again.”

What had been a relatively normal complication had become an ordeal that nearly killed her and left her traumatised.

“Without better access for humanitarian organisations in the area, more people like Um Ayman will suffer – and some even die – from medical issues that are preventable and treatable,” said Kahindi.

“That cannot be allowed to happen.”