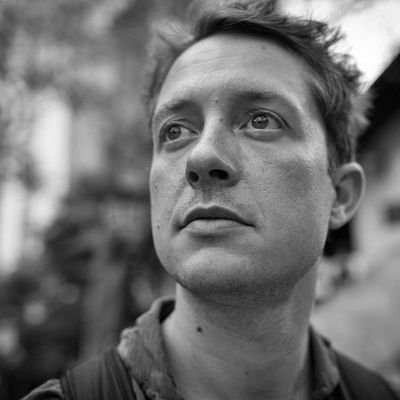 The MSF teams, having relaunched their medical activities in Haydan, in Yemen, have seen increased numbers of patients presenting with conflict-related injuries and conditions.

Stuck between two mountains, Haydan is a remote village, lost in time. Some houses have the air of medieval fortresses; at their arrowslits, curious faces occasionally appear.

Following the road leading into the village, which alternates between faded tarmac and dirt track, one imagines a place conducive to meditation, where telephone reception is random and the internet is only a concept.

"But the sound of Saudi fighter jets flying over the village, as well as the buildings disfigured by missiles, remind us that we are in a country at war, and that the frontline is just 20 kilometres away."
florian seriex

During the summer of 2016, violent airstrikes on Sa'ada governorate forced the MSF team to withdraw from Haydan, leaving the hospital with much reduced services. The strikes had tragic consequences for the organisation, with an attack on Abs hospital on 15 August 2016 which killed 19 people and injured 24. 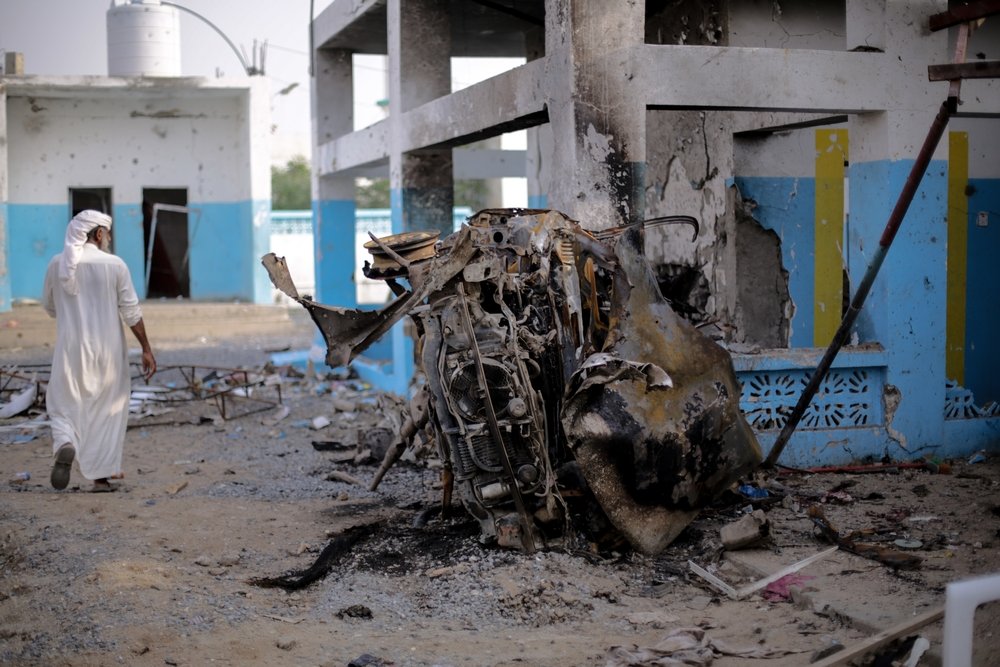 Rawan Shaif
The charred remains of a car smolders next to the emergency room building of Abs hospital, where the Saudi-led coalition airstrike hit in 2016.
In the days that followed, MSF teams working in several other hospitals in the region also had to withdraw, leaving thousands of patients without doctors.

Rural population cut off from healthcare

MSF’s departure was a blow to the population of this poor, rural area, where the nearest other hospital, in Sa’ada city, is 1.5 hours away by road. Many patients in need of emergency, maternity or paediatric care could not afford either the journey or the medicine they needed, and were faced with a tragic situation.

“Here, people die in silence,” said a community leader. “They are invisible because they can’t move.

"There are dozens of people in this situation, most of them women and children.”

It is 8 am on 4 April 2017 and already 20 people are waiting in a large tent set up near the entrance of the hospital building. Two staff members register the patients and perform triage, colour coding them according to the urgency of their condition, with green for the least urgent cases and red for the most serious. 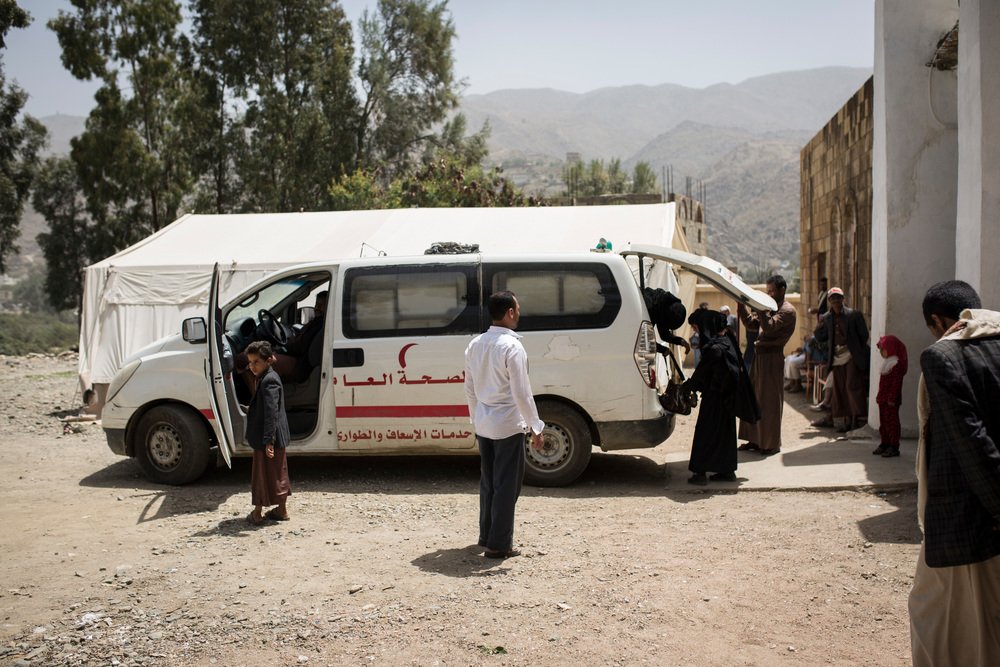 Florian SERIEX/MSF
An ambulance awaits to transfer a pregnant woman suffering complications to the main hospital in Sa’ada city.

Dr Roberto Scaini, head of the medical team, moves quickly from one patient to another. “I make sure that all the patients are sent to the appropriate service,” he says. “I also get an idea of the workload in order to organise it well. It varies from one day to the next.”

Two small children with measles are brought into the emergency room and Dr Scaini, whom all the staff affectionately call by his nickname, Roubi, supervises his team as they treat each patient.

A few minutes later, a little girl arrives with burns on her face and foot after falling into a fire the previous evening. Her father brought her to the hospital during the night for first aid, and now she has come to have the dressing changed by a nurse. 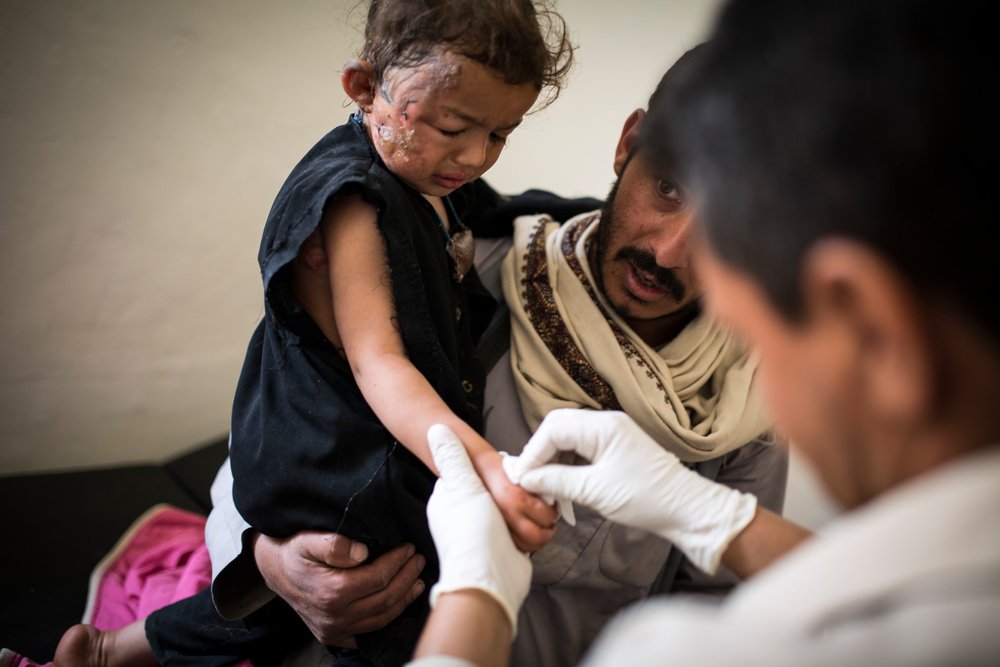 Florian SERIEX/MSF
The nurse is changing this little girl’s dressing. She fell down in a fire and has burns on her foot and on her face. Haydan hospital / Yemen.

Patients follow one after the next and the small emergency room is always full. On the bench next to the little girl with burns is a malnourished boy with pneumonia. His anxious parents observe the medical ballet around the howling child. 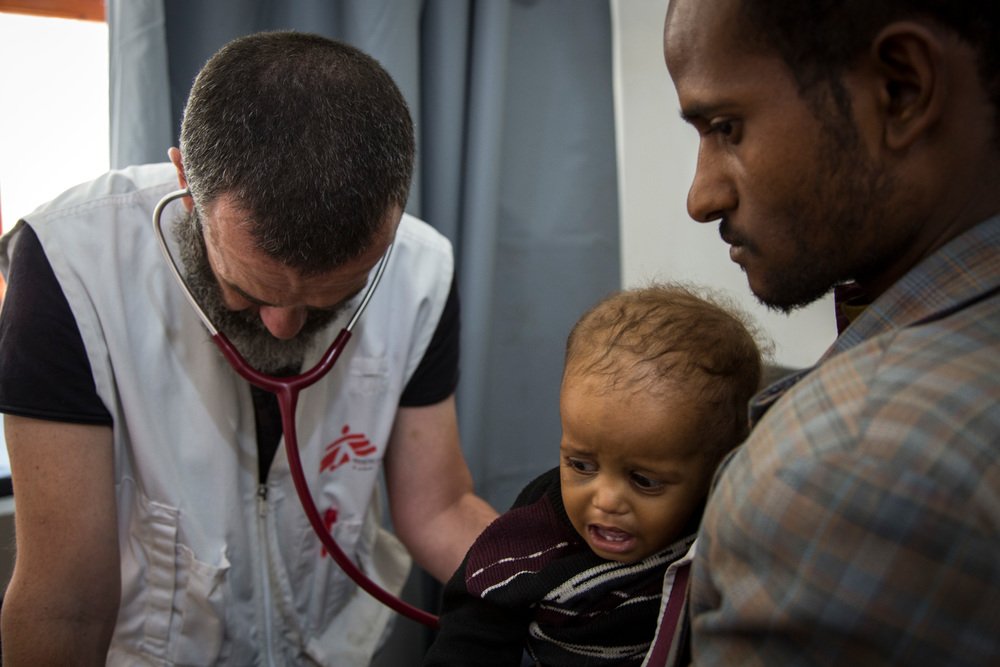 The hidden victims of war

Sitting on benches, crouched against walls, most patients and their relatives wait quietly. Some come from Haydan, others from remote hamlets hidden away in the mountains. Living so far from a hospital, these families are particularly vulnerable. They are the hidden victims of war who die far from the frontlines.

“Many of these people live kilometres away from the nearest health centre,” says Dr Scaini. “Most don’t have a vehicle and can’t afford a taxi, so if they are sick they wait until the last moment. People die when they could be treated simply because they can’t reach the hospital.” 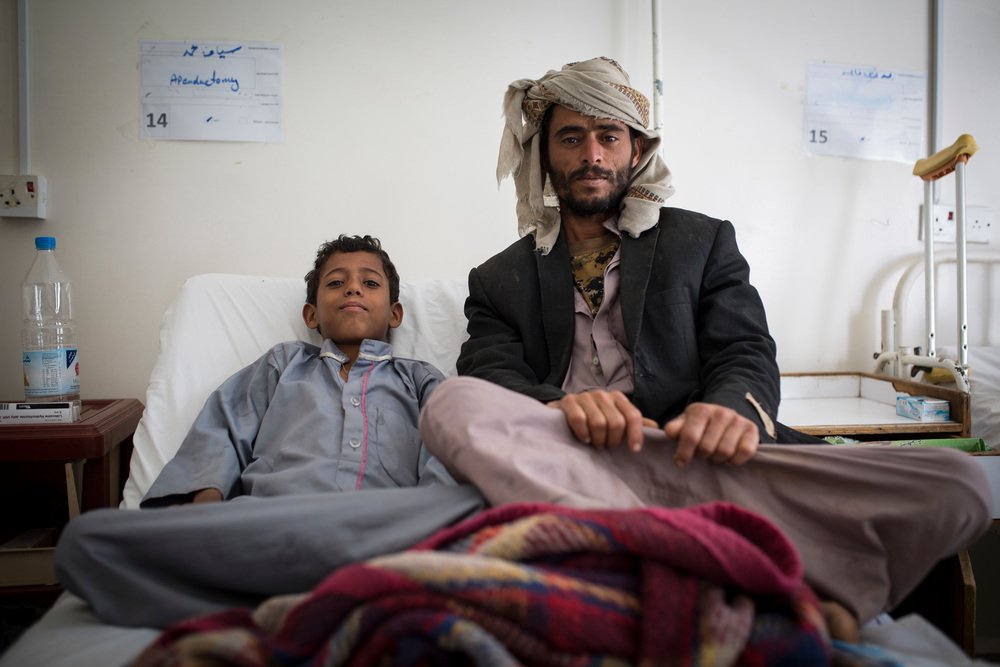 Florian SERIEX/MSF
Patients often have to travel long distances to reach a hospital, such as this young boy who was recently operated for an appendicectomy.

Boys on the frontline

It is past 11 pm when Dr Scaini receives an emergency call. In front of the hospital, the lights of the ambulance tear the dark sky. Minutes later, a small body is lying on a bed in the emergency room. Under a survival blanket, the 13-year-old child, his head in bandages, is having convulsions.

A few hours earlier, he was fighting on the frontline and was hit by a bullet. Haydan hospital has no operating theatre so staff organise for him to be transferred to Sa’ada. A few minutes later, the ambulance disappears into the night, carrying a life probably lost. 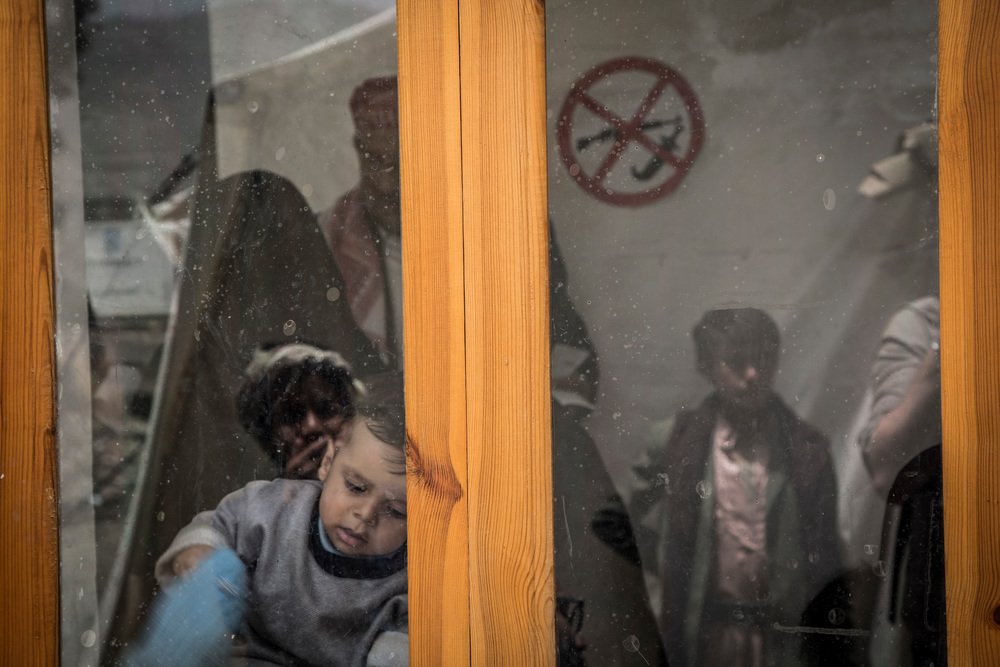 Florian SERIEX/MSF
Everyone entering the hospital must leave their weapons aside.

This is one story among many of lives lost in the dark. It is the story of a closed-door conflict in an out-of-time area where civilians perish under bombs, unheeded, and where children die, fighting to defend interests that are not theirs.