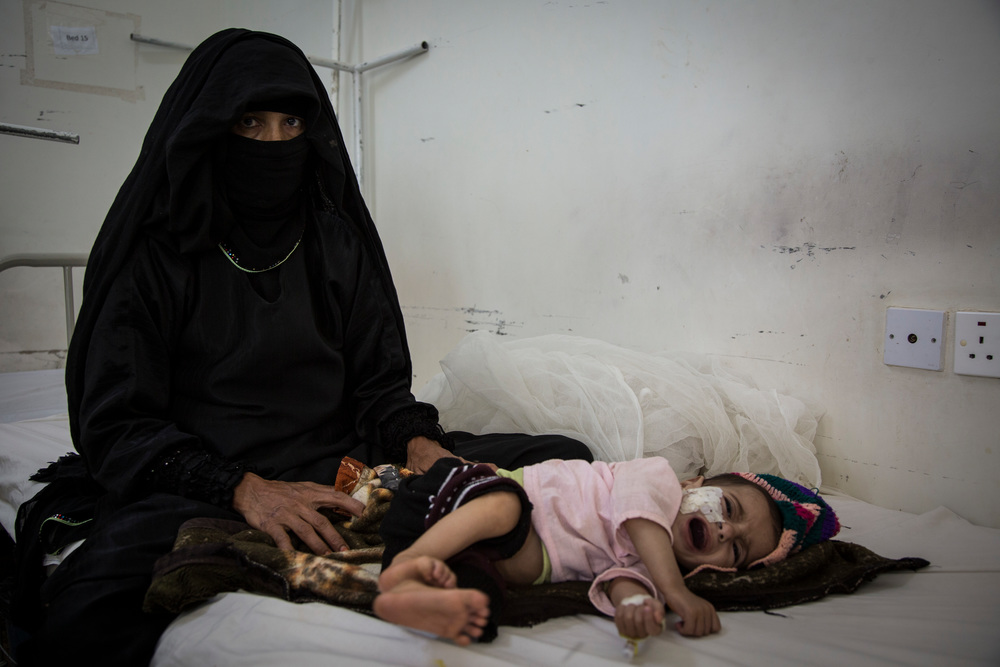 Médecins Sans Frontières (MSF) teams in Yemen are receiving and treating a growing number of cholera and acute watery diarrhoea patients in the governorates of Amran, Hajja, Al-Dhale’, Taiz, and Ibb.

"Humanitarian assistance also needs to be urgently scaled up to limit the spread of the outbreak and anticipate potential other ones.”
Shinjiro Murata​msf head of mission in yemen

The number of patients has drastically increased over the past two weeks, reaching a total of more than 780 cases since 30 March.

Following this new cholera outbreak, MSF has set up cholera treatment centres within five hospitals to isolate and treat patients presenting with symptoms and is supporting other structures run by health authorities. 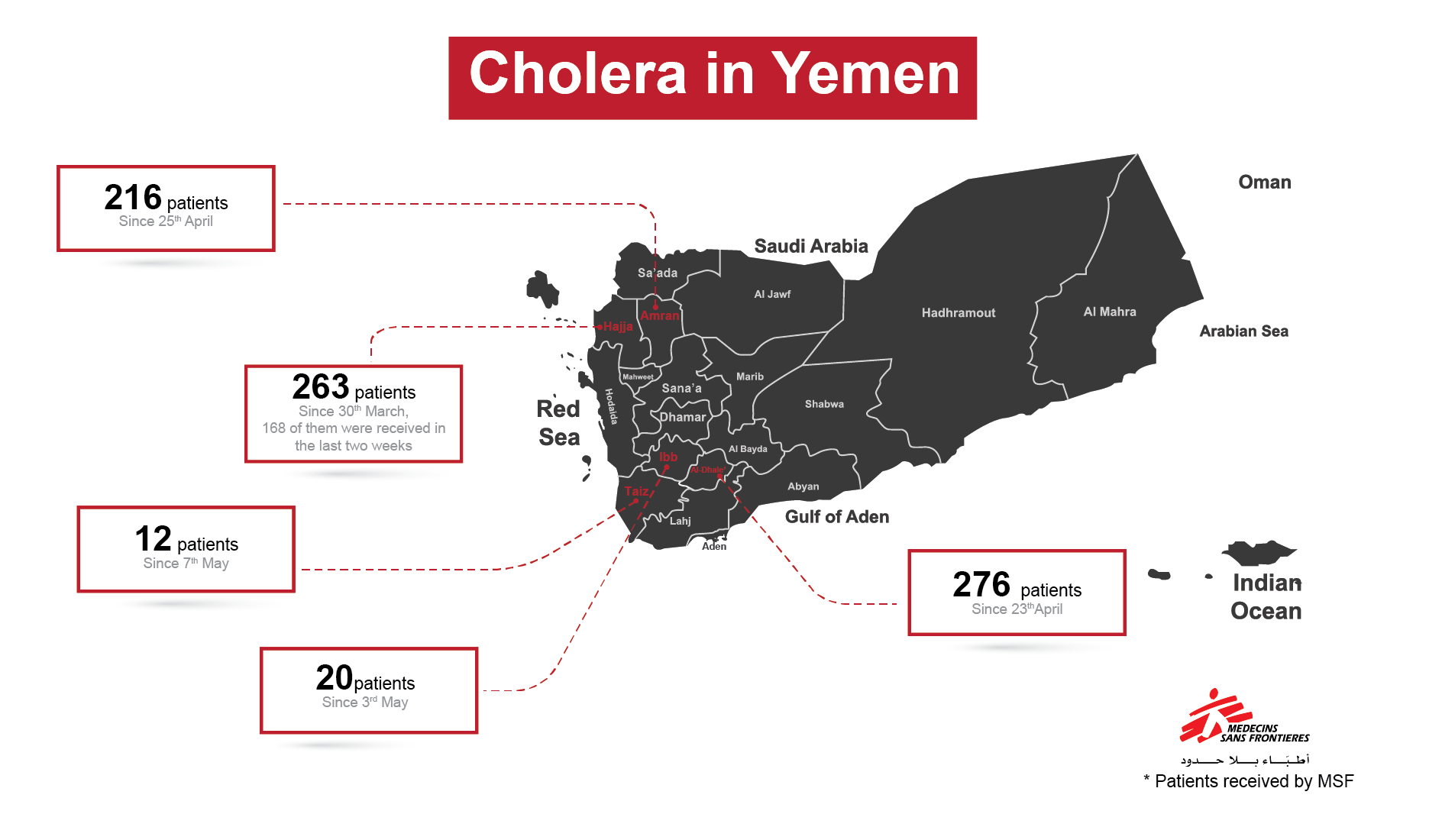 MSF operations around the Cholera outbreak.

Since the end of April, MSF teams have treated 276 patients with cholera and acute watery diarrhoea at Al-Nasr Hospital and Al Salam Primary Health Care Centre, in Al-Dhale’ governorate. Since 30 March, MSF has treated 263 patients in the Abs Hospital, Hajja governorate, 168 of whom were received in the last two weeks.

The Yemeni Ministry of Public Health and Population has also reported about 310 cases in Sana’a. 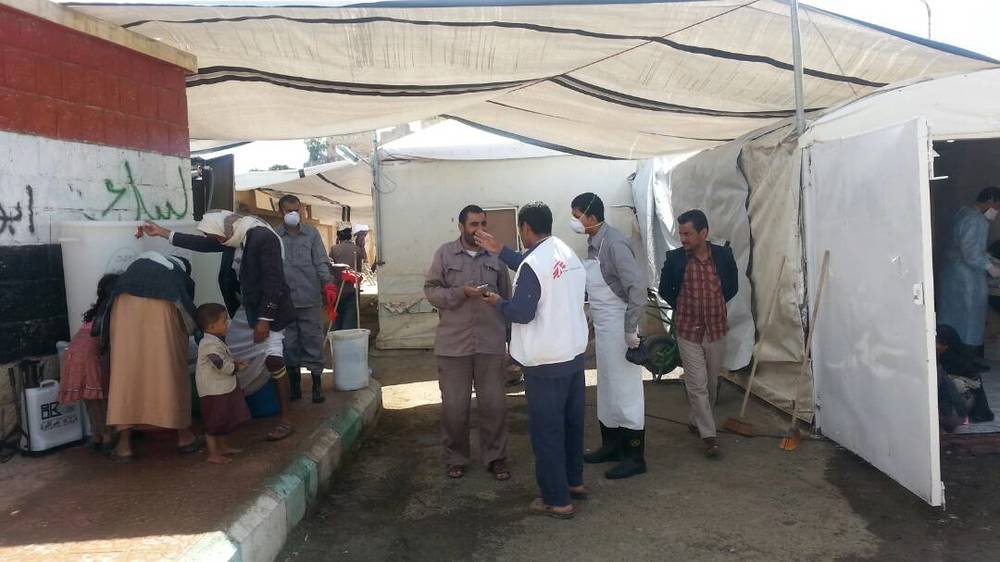 Since the beginning of the current conflict in March 2015, many hospitals have stopped working.

Access to healthcare has become very difficult for millions of people in Yemen. In addition, a number of health facilities have stopped functioning due to the lack of operating budget and salaries for staff since September 2016.

With the severely weakened Yemeni health system, MSF fears that health authorities alone will not be able to deal with the outbreak.

“We have patients coming from many different districts, tens of kilometres away”, said Shinjiro Murata, MSF’s head of mission in Yemen. “We are very concerned that the disease will continue to spread and become out of control. 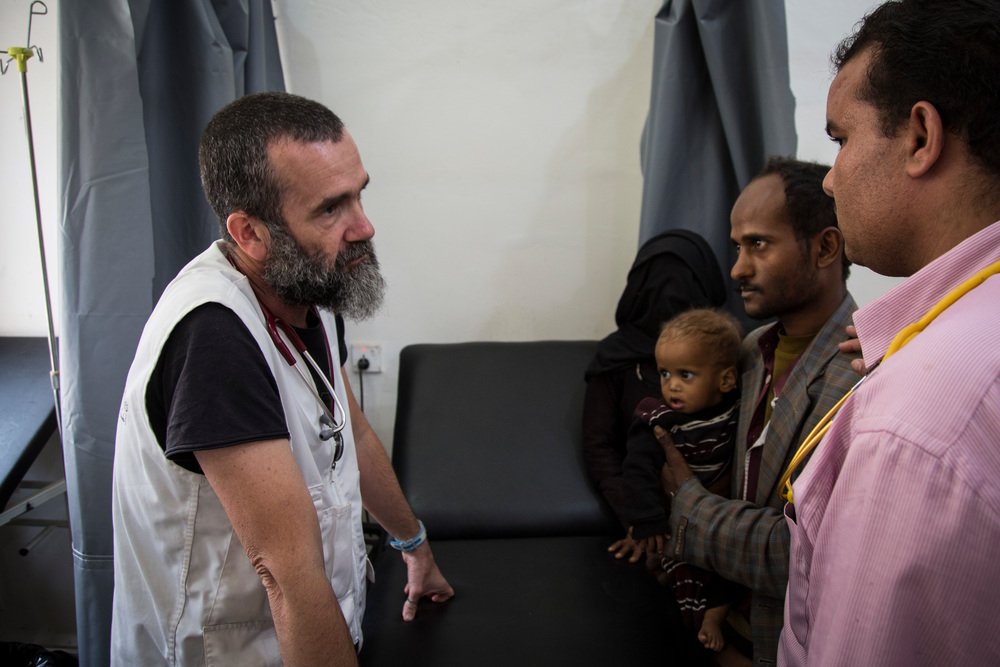 Florian SERIEX/MSF
Dr Roberto Scaini, medical activity manager at Haydan hospital, explains to the parents of this boy that their son has pneumonia and is showing signs of moderate malnutrition.

A smooth collaboration between health actors and relevant authorities is needed to provide prompt support to health facilities and local communities directly in the affected areas. Humanitarian assistance also needs to be urgently scaled up to limit the spread of the outbreak and anticipate potential other ones.”

In Yemen, MSF teams are directly providing healthcare to patients in 13 hospitals and supporting more than 25 hospitals in 11 Yemeni governorates.