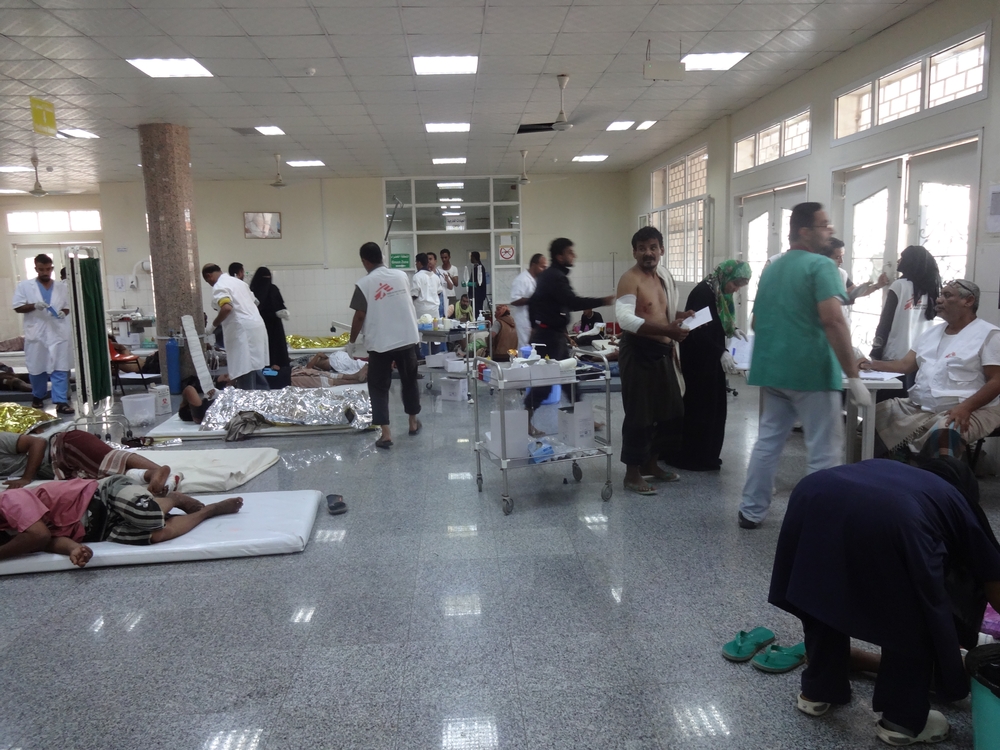 Thirty people injured in airstrikes in Huth district on Wednesday night have been treated by the international humanitarian organisation Médecins Sans Frontières/Doctors without Borders (MSF).

The wounded were treated at Al-Salam Hospital, which MSF runs in collaboration with the Ministry of Health in the town of Khamer, Amran governorate, 35km from the town of Huth. Thirty wounded patients were received by the hospital during a period of two hours from around 8pm, following airstrikes which hit locations in Huth district. One strike hit a petrol station just 500m from Huth Health Centre, which MSF also supports.

The wounded mainly suffered from burns and injuries suggestive of blasts and shrapnel. One patient was dead on arrival. Among the wounded was a family of seven – one man, three women and three children.

“We are concerned about the dangers faced by civilians in the current conflict, and call upon all parties to respect the safety of civilians,” said Marie-Elisabeth Ingres, Head of Mission for MSF in Yemen.

In the southern city of Aden, where MSF runs an Emergency Surgical Unit, an explosion took place near the MSF facility today, causing minor damage to the building and putting the staff and patients at risk.

“We also call on all parties to respect the neutrality of hospitals and medical staff, and to ensure that hospitals and other civilian structures are spared,” said Ingres.

MSF is currently working in Sana’a, Aden, Ad-Dhale, Amran and Hajjah governorates in Yemen, and has received more than 850 war-wounded in the country since March 19.

Find out more about MSF in Yemen