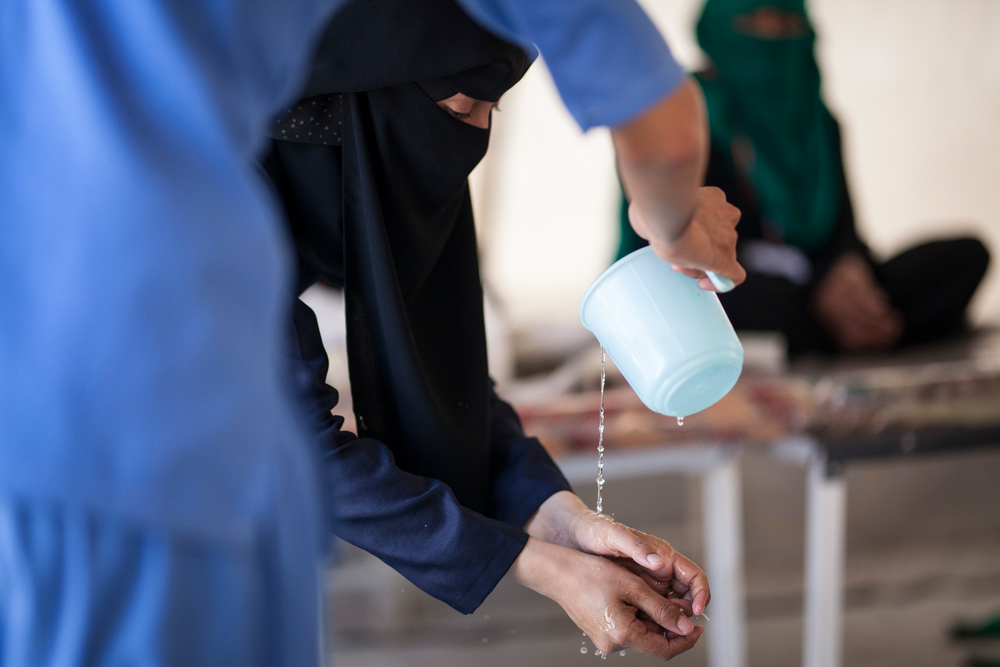 As new cases of cholera increase in Amran, Hajjah, Ibb and Taiz governorates, Médecins Sans Frontières/Doctors Without Borders (MSF) is scaling up its response. Humanitarian assistance, and particularly water and sanitation activities, need to be increased to prevent cholera from spreading across the country, says MSF.

Between 1 January and 26 March 2019, MSF has admitted 7,938 suspected cholera cases to its health facilities in Amran, Hajjah, Ibb and Taiz governorates, 50% of them coming from Ibb governorate. Over this period, the number of cholera patients treated by MSF increased from 140 to 2,000 per week. Results of rapid diagnostic tests done in MSF projects show that, in the same period, the percentage of cholera-positive cases increased from 58% to 70%.

“MSF teams have opened a 50-bed cholera treatment centre in Khamer, have increased the bed capacity of the cholera treatment unit in Taiz, and have bolstered centres in Ibb and Kilo. The attack rate is particularly high in Huth, in Amran governorate, where MSF supports a health centre” says Hassan Boucenine, MSF head of mission in Yemen. “Strengthening water and sanitation activities is also a priority, as they are essential in the fight against cholera.”

In Sana'a, MSF teams are renovating a department of Al Kuwait hospital to turn it into a functioning cholera treatment centre. MSF has delivered 30,000 litres of Ringer’s lactate solution – used for replacing fluids and electrolytes in dehydrated patients – to Sana’a.

“Cholera is considered endemic in Yemen, but the increase in cases is concerning, as the rainy season – which could aggravate the overall situation – has not even started yet,” says Boucenine.

Between 2016 and 2017, two waves of cholera hit Yemen. Although the disease was subsequently brought under control, health authorities and medical organisations have continued to see cholera cases in almost all governorates of the country.

After four years of war, the pressure on Yemen’s health structures is huge and many people cannot access medical care, which is limited to the few hospitals that still function. As well as cholera, outbreaks of other vaccine preventable diseases, such as diphtheria and measles, remain a health risk and a cause of death for people living in the war-torn country.