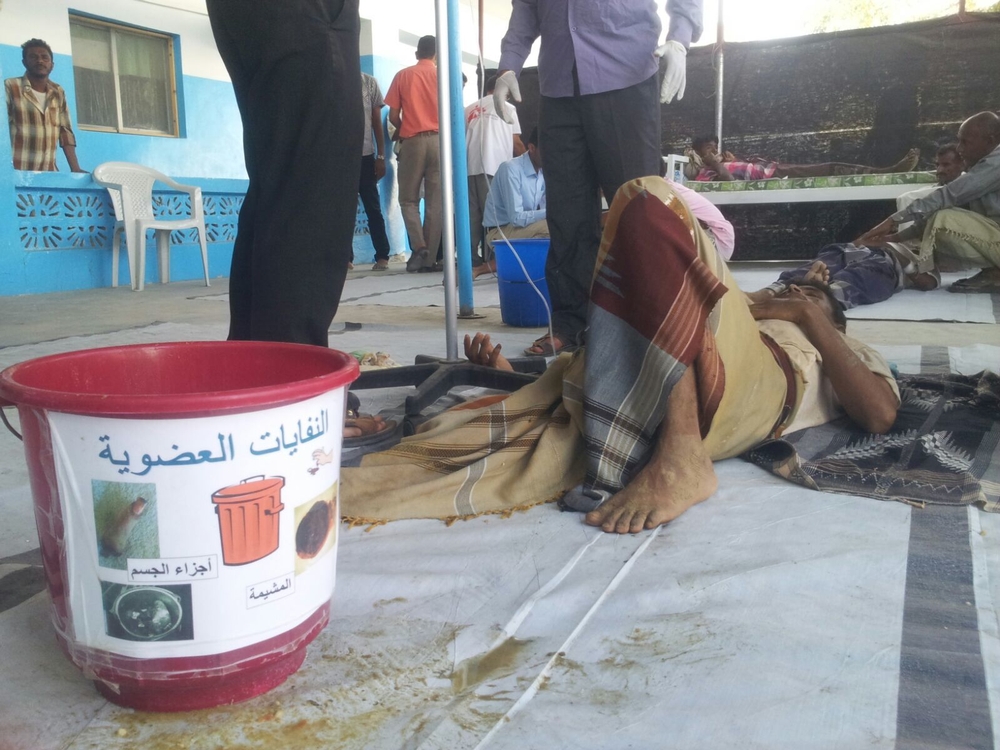 A total disregard for civilian life

Two people died in transit to the hospital, and four patients arrived in critical condition, including an eight year old child who was referred on for specialist neurosurgical care. MSF condemns this latest example of the way war is being waged in Yemen – with a total disregard for civilian life – and calls again for the protection of civilians by the warring groups.

“The people of this area have been living with insecurity for months; many have been displaced. They have gone through so much already, and this kind of violence makes them yet more vulnerable,” says Albert Stern, MSF field coordinator in Abs.

Almost a year of regular attacks in northern Hajja have pushed more than 90,000 people to seek refuge in Abs District to the south. MSF recently visited the health centre in Khamis and found it barely functioning, and local medical staff living in constant fear of being bombed.

Since April of last year, MSF has been providing medical care to the displaced through mobile clinics in internally displaced persons (IDP) camps. The organisation has been providing more than 275,000 litres of water per day to 17,000 IDPs in the area, and in January distributed more than 150 non-food item (NFI) kits to a wave of new arrivals.

MSF
Patient being treated in the MSF-supported Abs Hospital following the attack on a marketplace.

Despite new IDPs arriving from the northern areas and a clear increase of the humanitarian needs in the IDP camps, MSF is concerned that humanitarian assistance is decreasing.

“Yesterday´s attack is not the first, and it is unlikely to be the last. The constant and indiscriminate violence in this area is creating humanitarian needs that are increasing by the day.  Now is not the time for humanitarian organisations to downsize their responses,” says Juan Prieto, MSF Country Representative in Yemen.