Yemen: Seeking healthcare in a city split by a frontline

“The constant fear and the feeling of being close to death is horrific. We have been bombarded with shells. A shell once hit my sister and injured one of her eyes. I can never forget seeing her bleeding. We run and hide when the bombing starts. My children hide themselves under the blankets in terror,” said Wafa Muhammad Abdullah.

The city of snipers

30-year-old Wafa is amongst around a million residents of Taiz City which has faced a merciless and hostile conflict for over six years.

Once known as the cultural capital of Yemen, Taiz City has been one of the urban battlegrounds in the country’s ongoing civil war.

The city has witnessed gun fighting in its streets and shelling on its people resulting in deaths, war wounds, psychological trauma and a halt to normal life.

Located in the highlands of south-western Yemen, near the port city of Mocha on the Red Sea, Taiz is the third most populous city of Yemen.

It became a home to violence within weeks of the eruption of conflict in the country in 2015.

Since then, there has hardly been a day when the people of Taiz have slept peacefully without shelling, gun fires, rocket attacks or airstrikes. 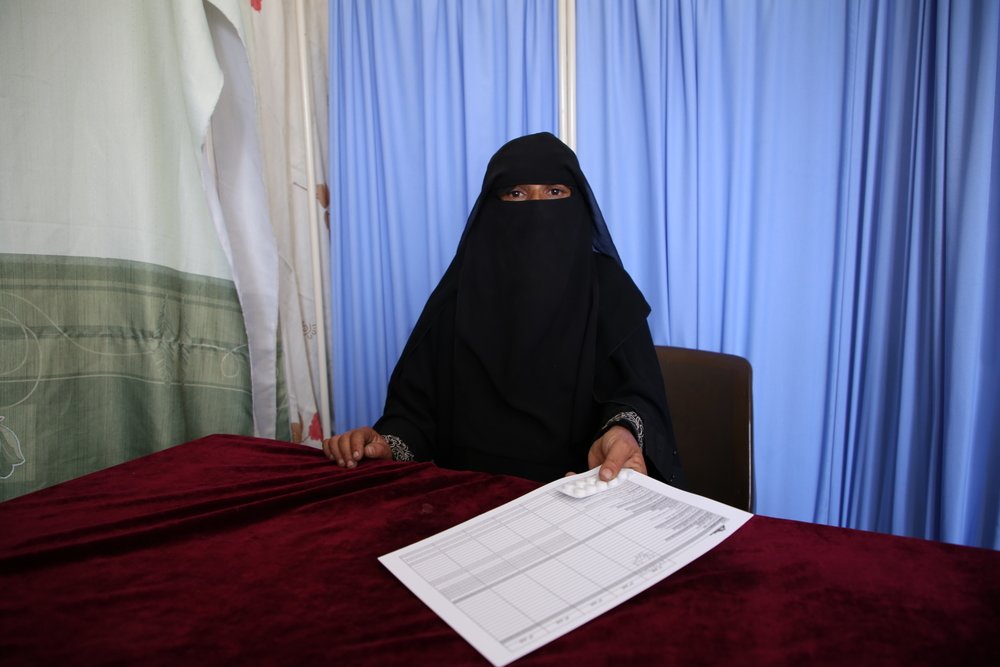 The marks of bullets and shells on the houses and the piles of collapsed structures caused by the airstrikes illustrate the story of destruction by the war that has entered its seventh year.

"The city has witnessed gun fighting in its streets and shelling on its people resulting in deaths, war wounds, psychological trauma and a halt to normal life"

After years of intense fighting, the frontline of the battle in Taiz forms a scar across the city. It runs from east to west, with Al Houban, once a neighbourhood of Taiz, separated from the rest of the city.

Covered with landmines, the frontline through the middle of the city is now a no-man's land, watched over by sharp snipers. This has bestowed the cultural capital of Yemen with a new name: the city of snipers. 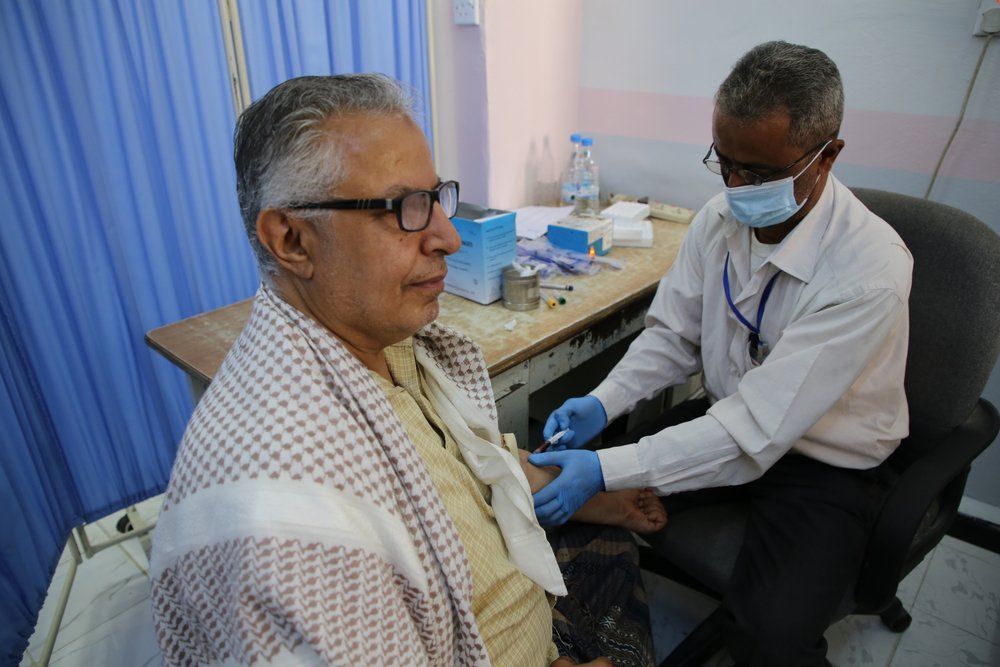 Hesham, a resident of Taiz city recalls the incident when he became a victim of a sniper shot.

“I was opposite the Yemeni Swedish Hospital accompanying my daughter who was suffering from epilepsy. I left her with her mother to go and borrow money from the neighbours."

"As I walked out, I was surprised by a sniper shot that hit my left shoulder. My body was covered in blood and I tried to stop the bleeding with my hand. At the same moment, I stepped on a landmine that instantly exploded. I lost my leg from the explosion."

"There is no support, not even an artificial limb, with which I could move or walk. There is nothing.”

Economic challenges for the population

The city centre is cut off from the rest of the country.

Taiz city is under the administration of the internationally recognized government of Yemen, whereas the northern side of the city is in the Ansar Allah-controlled part of Taiz governorate.

A journey from Taiz city to Al-Houban that took 10 minutes before the conflict now takes about five to six hours to avoid the frontline.

The people travel miles through the mountains before turning back in the same direction they came, just to reach an area that they can see from their rooftop on a clear day. 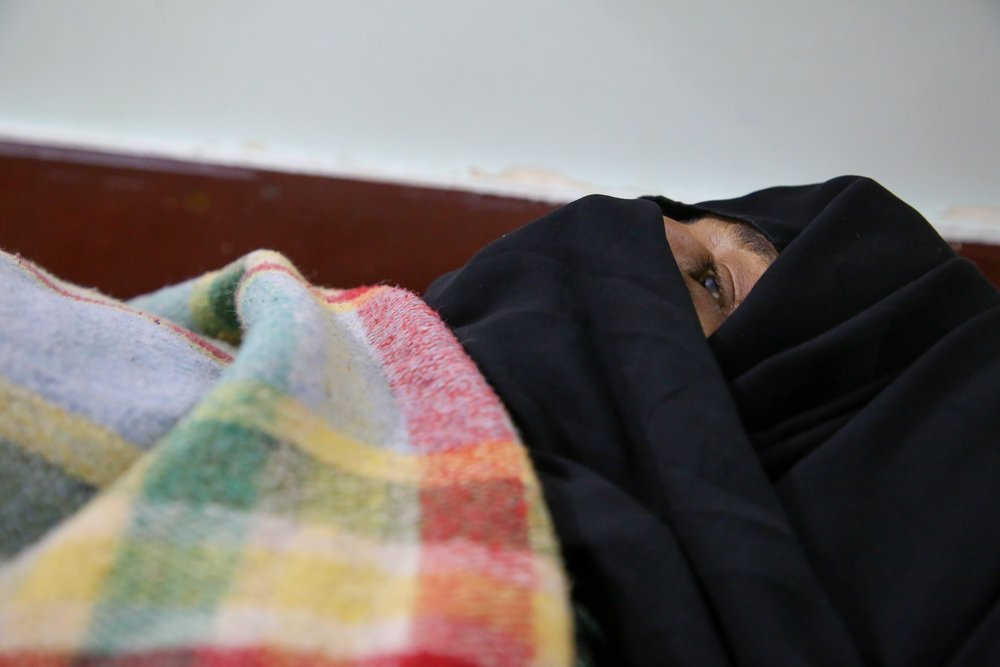 Nasir Ghafoor/MSF
Tunis Muhammad Saeed has been admitted to the MSF-supported Al-Jamhouri hospital in Taiz city. She is going through process of induction for a stillbirth.

Just like any other part of Yemen, the conflict in Taiz has brought significant economic challenges for the population.

The people have seen prices of food and other necessities shooting up, sometimes up to 500 times since the fighting began. The buying power of the population has reduced at the same time. 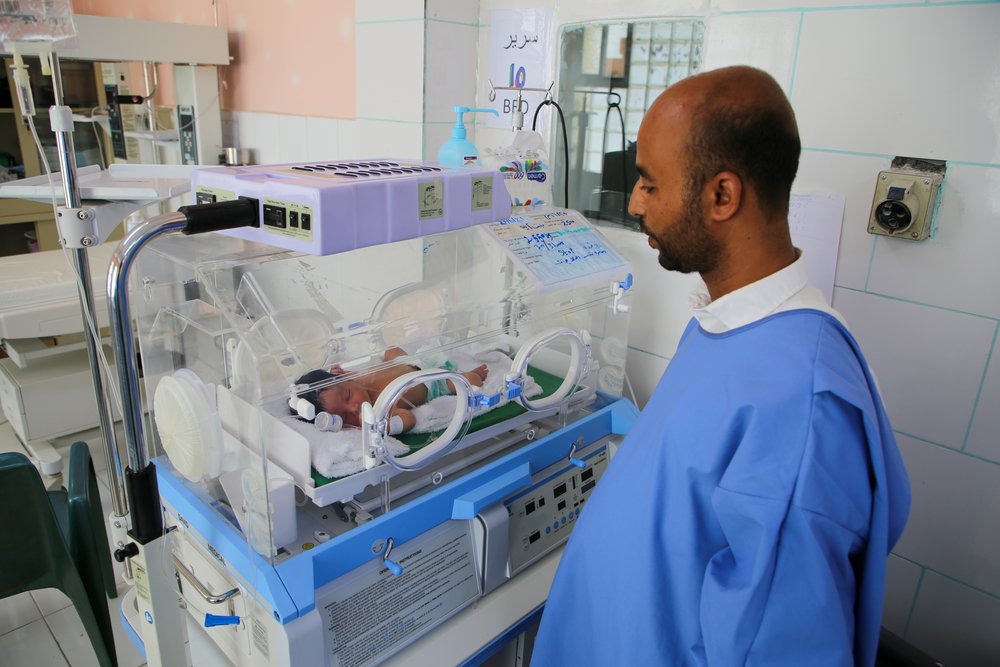 “I work as a paediatric nurse at Al-Thura hospital in Taiz. I do not regularly receive my salary so I do a second job at night at a private hospital. The prices of food items and everything are so high that my two salaries are not enough to have a good life,” explains Ahmad, whose village is just eight killometres away from Taiz city, but he travels for four hours to avoid the frontline.

“The situation was good before the war. It was easy to travel anytime without fear and at an affordable price. The main roads are closed now.”

The healthcare system hasn’t been able to escape consequences of the war. More than half of Yemen’s public health facilities are fully or partially non-functional.

Some of those that are open are on the brink of shutting down, lacking medicines, staff and funds. 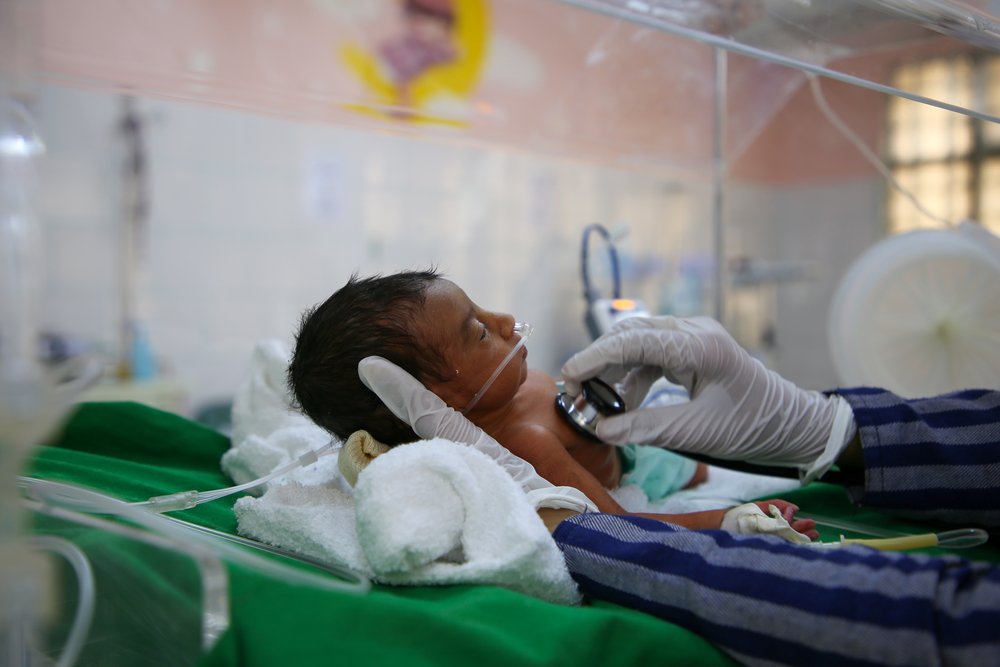 Meanwhile, the private healthcare system is not affordable for the people who already struggle to buy food.

Hanan Rasheed Abdu Ali, 40, was admitted to the post-operative ward after delivering her third child through caesarean section at the maternity department of the Al-Jamhouri hospital supported by Médecins Sans Frontières (MSF) in Taiz city.

Her previous two deliveries were also through C-section, so she knew from the first day of pregnancy that another surgery was inevitable. 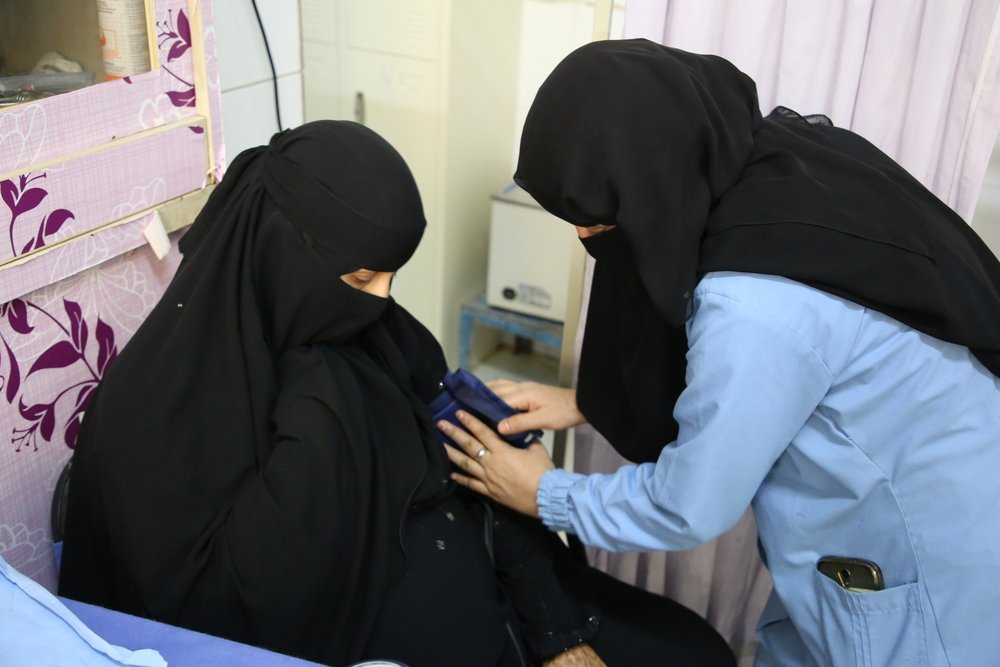 Hanan lives with her husband in Aden, a seven-hour journey from Taiz City.

Nevertheless, Hanan travelled all the way from Aden to Taiz city to deliver at the MSF-supported facility.

She did not have another choice, as her husband was unable to afford the heavy cost of C-section either at a public or a private hospital. 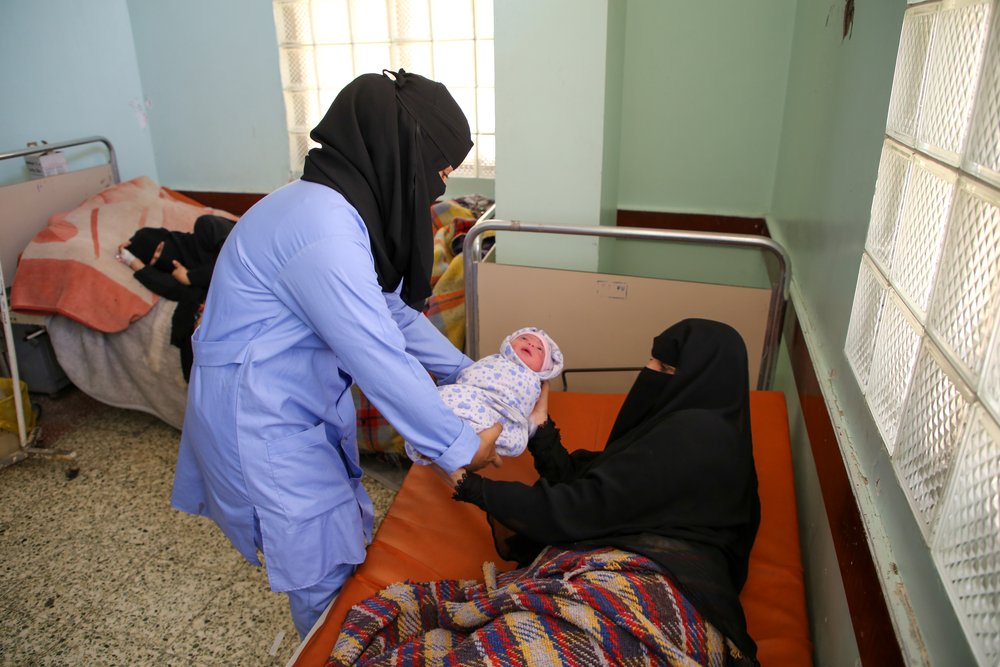 Nasir Ghafoor/MSF
Midwife Maimona Yahya Faid Mohammad handing over the newborn baby to the mother Bushra at the inpatient department of the maternity unit supported by MSF at Al Jamhouri hospital in Taiz City, Yemen.

“We heard that MSF helps people and gives them everything for free. So, I came to Taiz city to give birth,” said Hanan.

“The war destroyed the houses. The educational institutes and hospitals collapsed. There was no electricity; food prices increased, and there were no salaries. Those who didn't die of war died from hunger.” 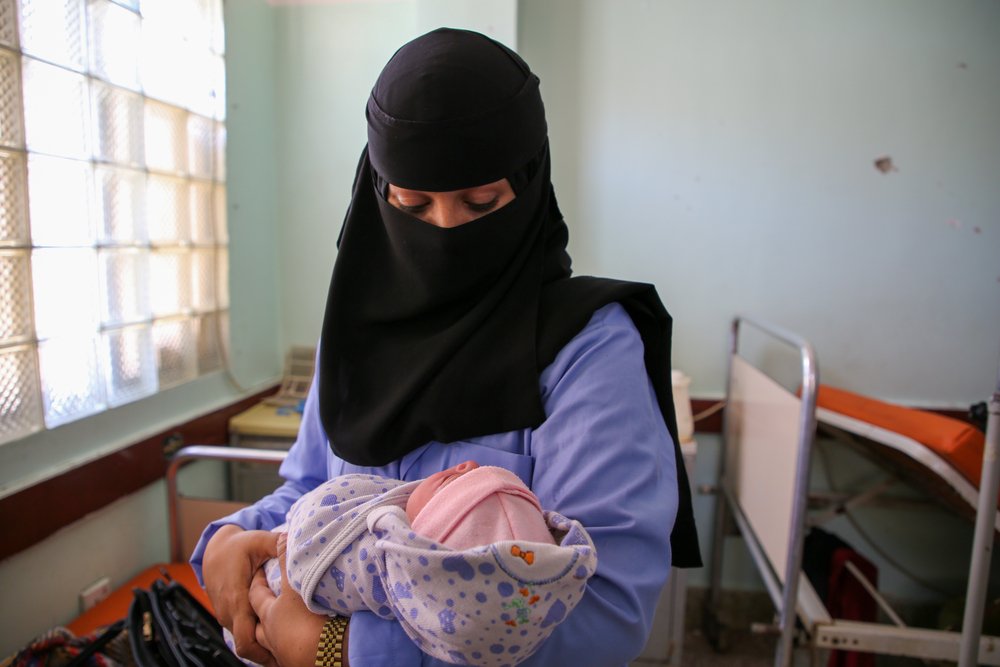 Nasir Ghafoor/MSF
Midwife Maimona Yahya Faid Mohammad handing over the newborn baby to the mother Bushra at the inpatient department of the maternity unit supported by MSF at Al Jamhouri hospital in Taiz City, Yemen.

“Hospitals were closed and it became difficult for people to buy medicines. Most people were dying because they were unable to get medicine. You cannot go to private hospitals because their prices are high."

"There were some mothers who died because of the lack of treatment.”

Depending on healthcare provided by humanitarian actors

The people of Taiz are largely dependent on the support provided by humanitarian actors. MSF has been supporting the health services since early 2016, a few months after the conflict erupted in 2015. 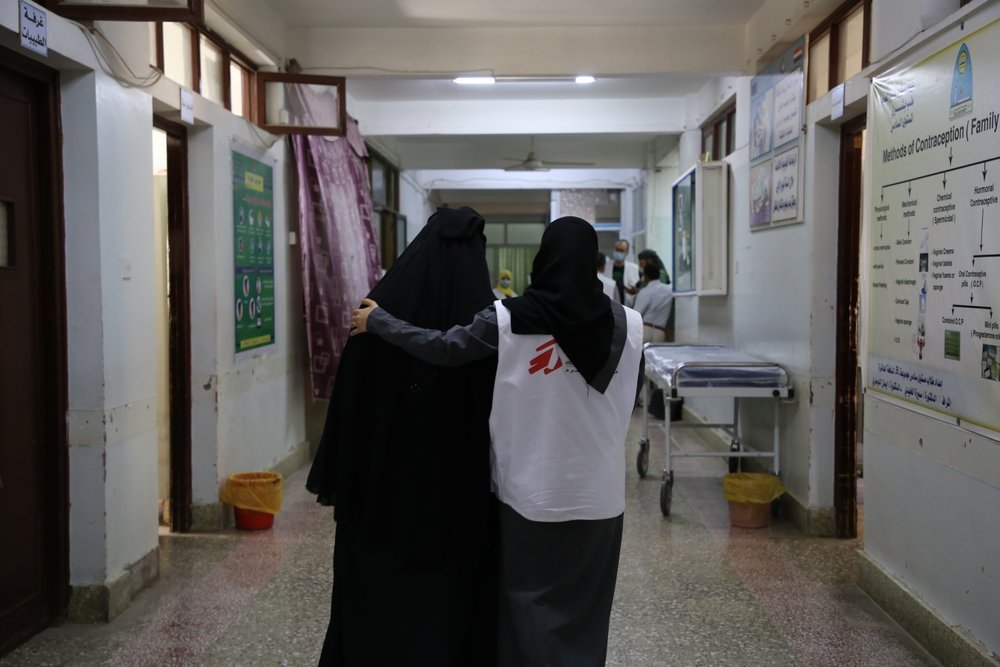 Nasir Ghafoor/MSF
MSF midwife supervisor, Taqwa Abdulghani, Hassan assisting a mother Aiesha* to walk after she went through caesarean section for birth of her daughter at Al-Jamhouri hospital in Taiz City, Yemen.

In 2020, after an in-depth assessment of several medical facilities and through discussions with patients, community groups and key interlocutors, MSF identified free and specialised secondary level reproductive healthcare services to be one of the main needs for the Taiz City population.

"MSF remains committed to address the urgent healthcare needs of the people of Taiz. We work on both sides of the frontlines, providing free quality maternal and neonatal care which is one of the biggest needs in the area"

The maternity unit at the Al-Jamhouri hospital, now supported by MSF, assists around 350 deliveries a month, and the teams admit 50 newborn babies in the special care baby unit. 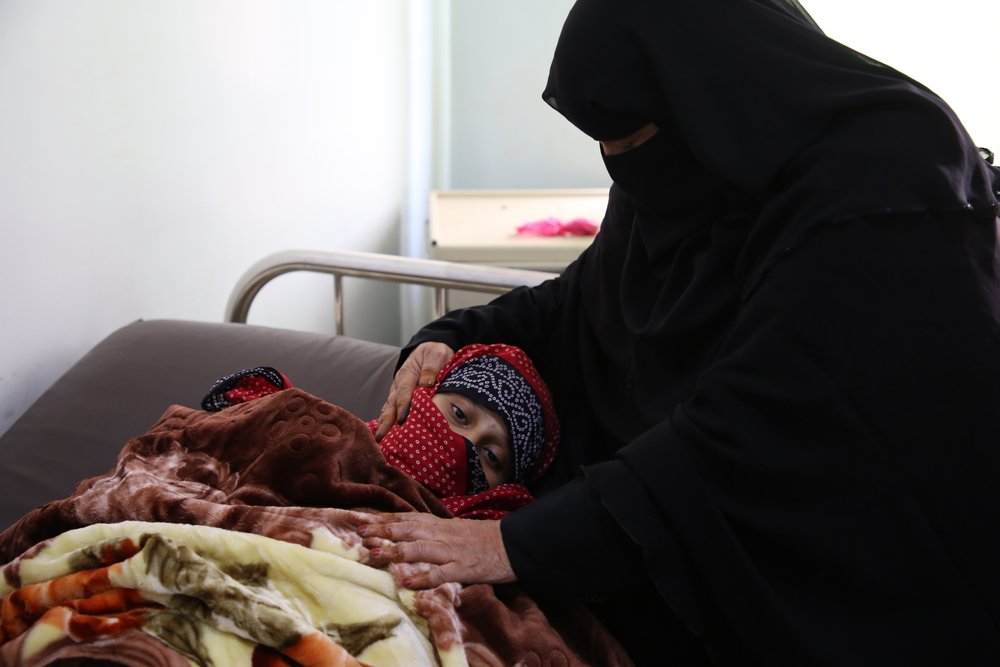 More than 1500 women seek antenatal or postnatal services from the hospital in a month too.

“MSF remains committed to address the urgent healthcare needs of the people of Taiz. We work on both sides of the frontlines, providing free quality maternal and neonatal care which is one of the biggest needs in the area,” said MSF project coordinator Emilio.

“We receive patient from far-flung areas. Women make difficult journeys for hours to reach Taiz City to seek our services because they don’t have them available close to their homes. Considering the travel restrictions and difficult routes, many can’t reach Taiz or go anywhere else.” 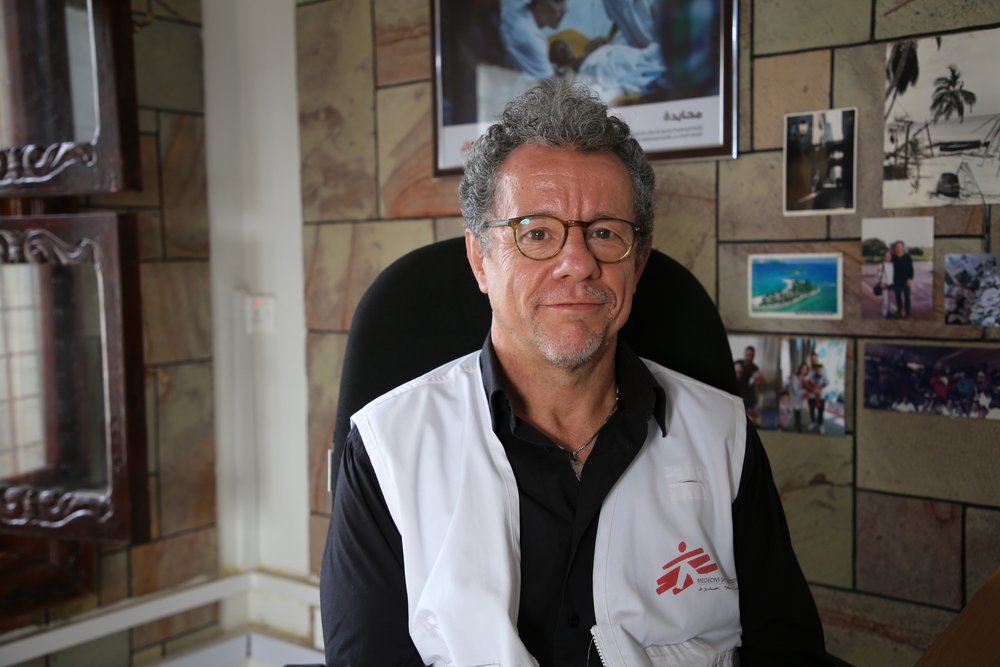 Holding a frontline in its heart, Taiz city is insecure and access from the rest of the country is difficult.

This also makes it difficult for the humanitarian actors to provide support, but it must not be forgotten.

“There is an urgent need to strengthen healthcare system in a highly populated Taiz governorate. We urge the humanitarian actors to support primary healthcare facilities to ensure basic care to the women close to their houses.” 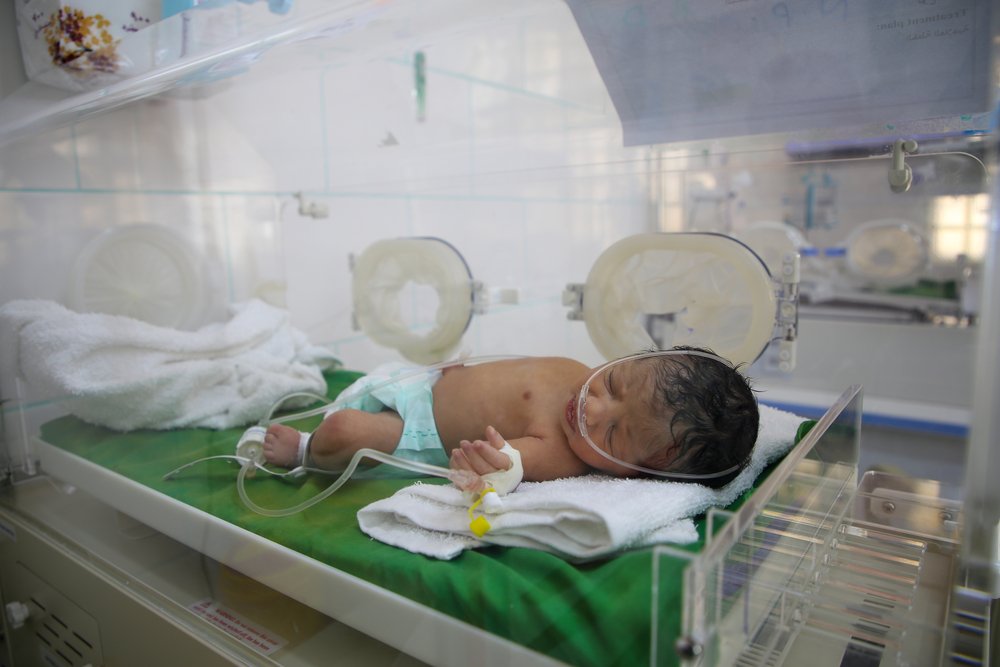 Considering Taiz’s large and densely packed population, the conflict has brought catastrophic damage to the city.

Being a large city, it is also a hub for economic, educational and healthcare facilities for the region; thus, its siege has created a negative trickledown impact on not only the city and the governorate, but also the surrounding areas.

The tangible damage to the city is enormous, and without hope of a better tomorrow, the longstanding conflict is also shaping a mental health catastrophe for the people at large. 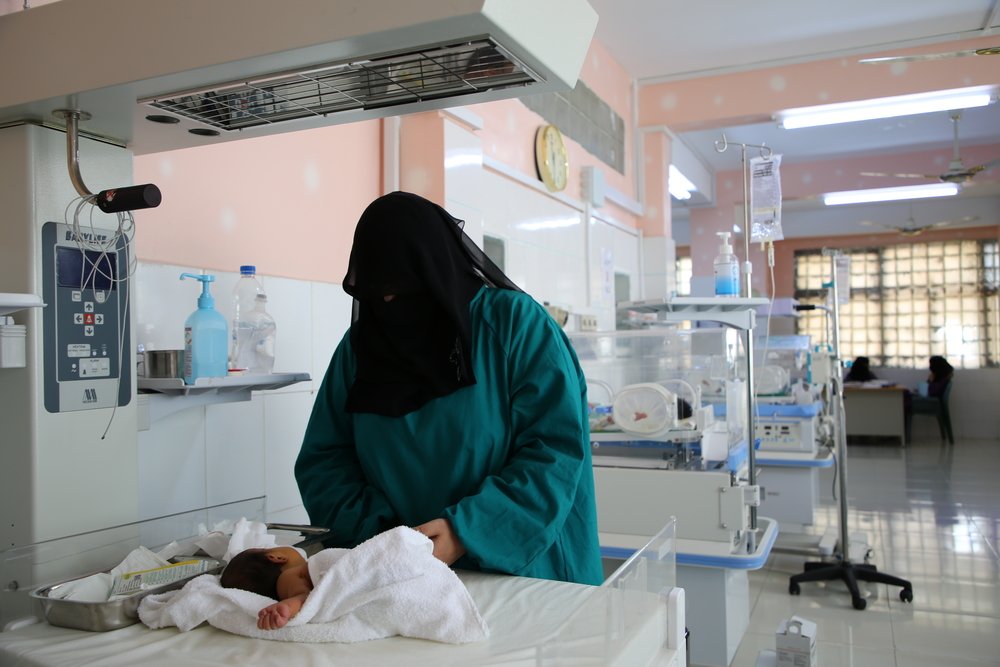 Nasir Ghafoor/MSF
Ibtisam Mansoor visiting her son Sameer at the special care baby unit supported by MSF at Al-Jamhouri hospital in Taiz City, Yemen. Her son is suffering from respiratory distress and jaundice.

“I wish for my children to have a better life. I pray for good days, but I don’t think the life of the Yemeni people will get better. I have no hope,” said a mother.