Yemen: "There is no quality data available to declare that a famine is imminent"

MSF operations desk manager Caroline Seguin discusses the recent warnings of famine in Yemen—a country that has been at war for almost four years.

A month ago, Save the Children issued a press release alerting that 5.2 million children were at risk of famine in Yemen. Soon after the United Nations warned that it could be "the worst famine in 100 years”. Is Yemen on the brink of famine?

The definition of famine is that large swathes of a population, adults as much as children, are affected, with people dying from a combination of a lack of food and diseases brought on by this deficiency. Very high rates of severe acute malnutrition are accompanied by extreme mortality, as was the case, for example, in Ethiopia in 1984, in South Sudan in 1998 and Angola in 2002 and, more recently, in remote areas of northern Nigeria in 2016. However, we have not seen this in the MSF projects where we treat malnourished children in the Hajjah, Ibb, Taiz, Amran and Saada governorates. Furthermore, data gathered in the health centres we support in these areas does not indicate pockets of famine nor an impending famine. 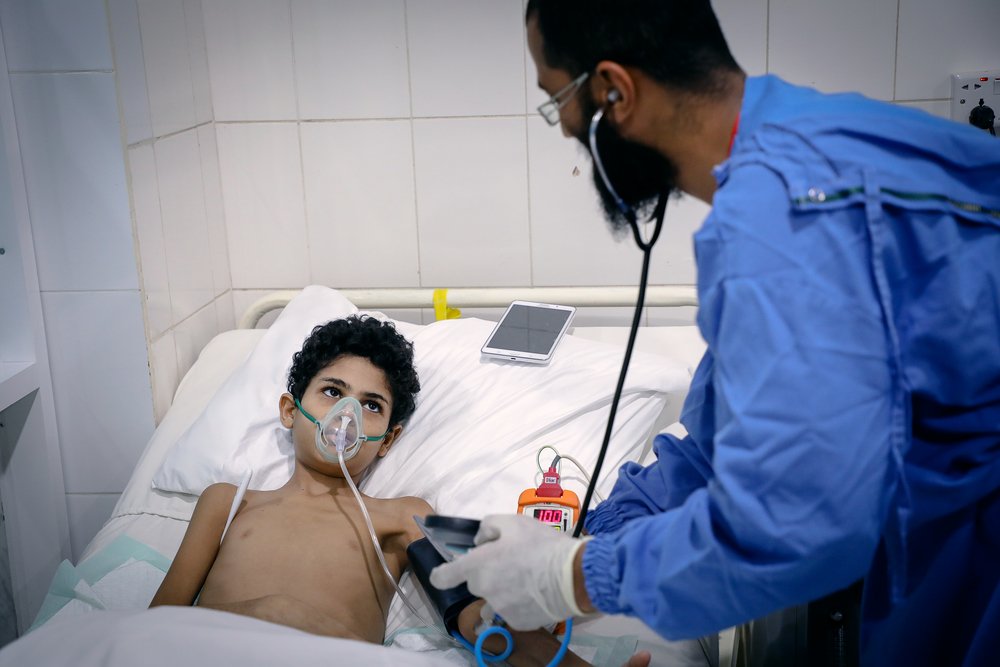 Ehab Zawati/MSF
A patient with bacterial infection in his wounds is treated in the isolation department at MSF Aden hospital, November 2017.

What are these warnings of famine based on?

It is impossible for humanitarian actors working in Yemen to have an overall view of malnutrition across the country. UN agencies and NGOs are unable to implement the large-scale nutrition surveys that would provide the necessary information because many areas of the country are inaccessible to them. This is due to security issues, such as airstrikes and fighting, but it’s also for administrative and political reasons as access to these regions depends on the goodwill of local authorities. So there is no quality data available to declare that a famine is imminent—just as we also have no idea of the death toll, which since August 2016 has remained unchanged at 10,000, an endlessly repeated number. Reality is totally distorted in Yemen, partly because journalists’ access to the country is tightly controlled by the authorities and therefore very limited. The media simply echo difficult to verify facts and figures. 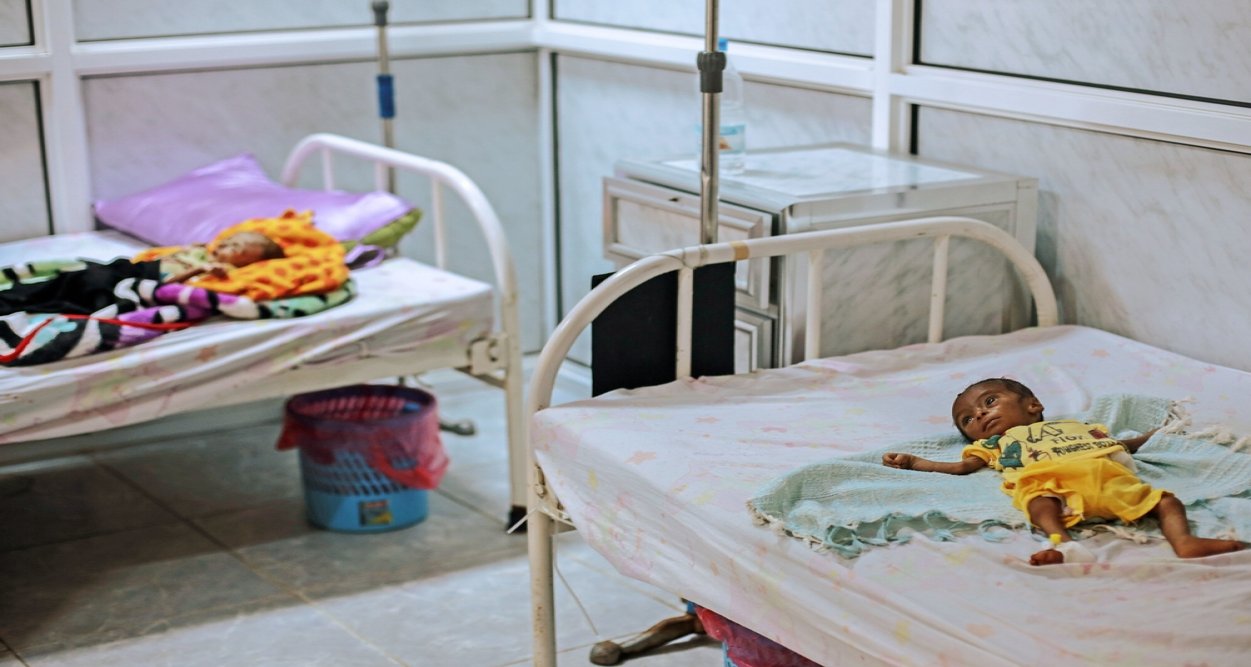 What are our teams in the field seeing?

Concerning malnutrition, we mostly see young children with severe acute malnutrition, often because they’ve been weaned from the breast too quickly or due to pre-existing conditions that cause malnutrition. We treat these children with highly nutritious therapeutic foods and use drugs to treat the pre-existing illnesses responsible for the malnutrition. But, there are places where rates of severe acute malnutrition are increasing. According to data collected in our hospital in Khamer, this is the case in Amran governorate. For example, twice as many children suffering with malnutrition were admitted in September 2018 compared to the same month last year. But the situation differs across the country.

What we are seeing is a general deterioration in people’s living conditions. The population have very limited access to health centres, because they’ve either been destroyed in the fighting or deserted by their medical staff who’ve received no wages since August 2016. We see civilians trapped by the massive airstrikes, particularly in the north of the country, and others who have been wounded or displaced by the fighting on the ground. According to information obtained by the Yemen Data Project—a data collection system independent of the parties to the conflict—nearly a third of the airstrikes carried out since March 2015 have targeted non-military sites. There have also been more bombings of civilian vehicles in 2018 compared to last year. 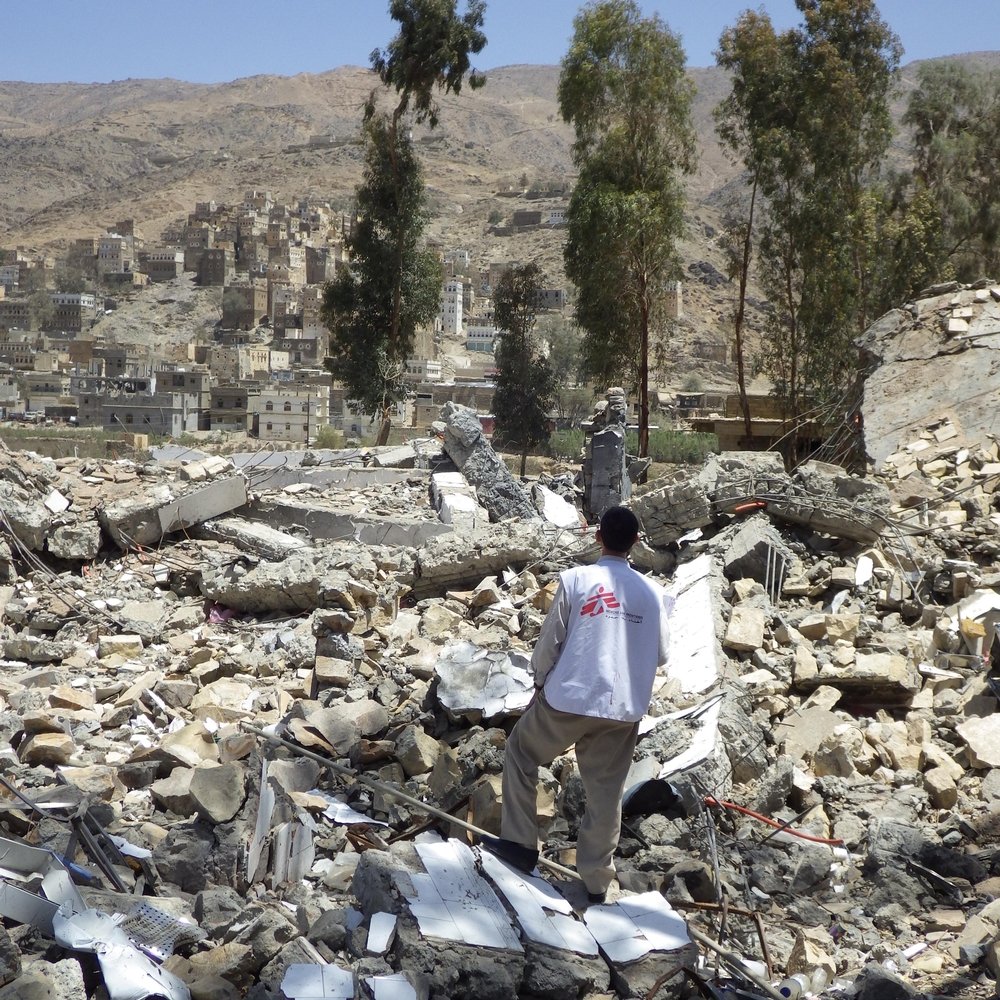 Atsuhiko Ochiai
Haydan Hospital, March 2016, after 5 months of air strikes. MSF returned to the hospital in 2017.

The economic situation is clearly worsening. Purchasing power has collapsed, wheat flour costs almost 80% more than before the war and the price of petrol has risen by 130%. Yemen’s social dynamics enable some of the most vulnerable to receive support from their communities, which mitigates the effects of food shortages for at least some families. But Yemenis are also dying because they have no money to pay for the transport to reach the only too few health care facilities still open in the country. These are some of the obstacles facing the people of Yemen. MSF is doing what it can to assist them, despite the hugely challenging security constraints and problems of access.

*The lead image shows a temporary settlement in Al Manjorrah, on the outskirts of Beni Hassan, Hajjah Province, Northwest of Yemen, 2015.