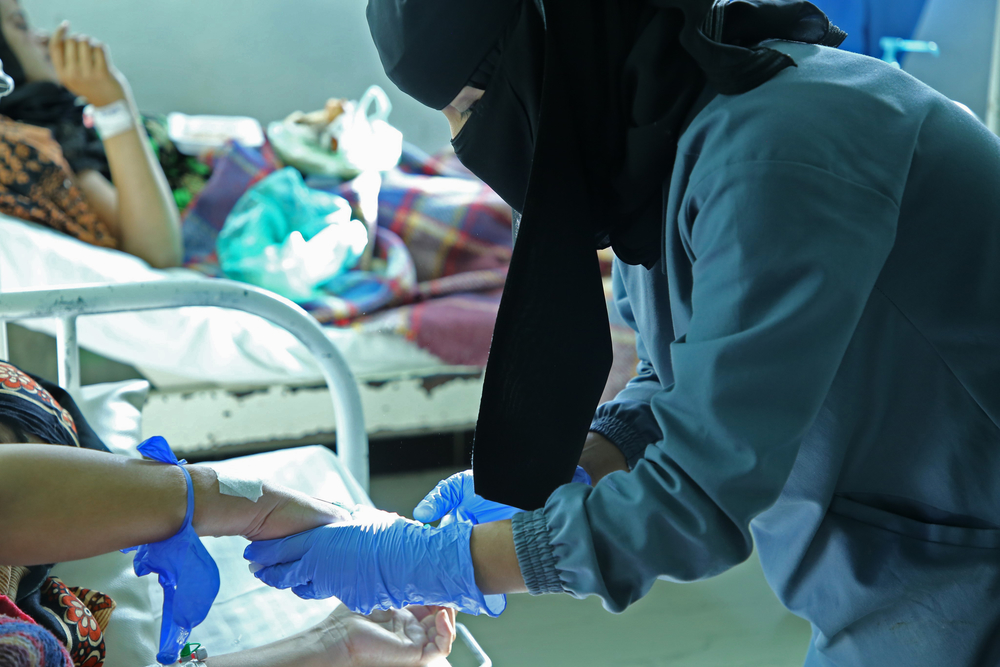 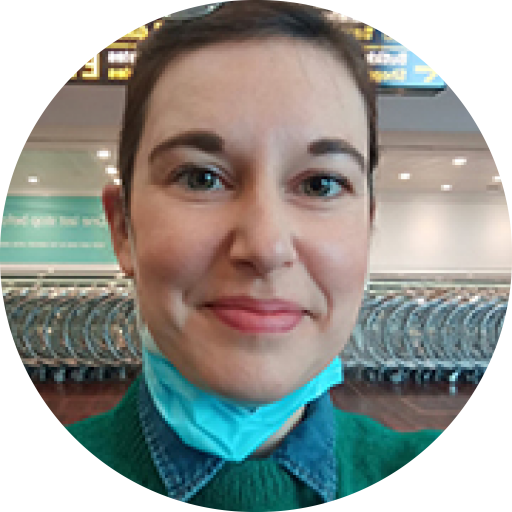 Yemen: The two sides of a war

“Is this your first time?” The man sitting next to me on the plane laughed at my nodding. Yemen was not my first assignment with MSF, but it was my first time in the Middle East and I was not sure what to expect.

Closer to the war

Yemen’s geopolitical situation is not exactly easy to grasp for an Italian doctor with no political or historical training. When I arrived in 2020, it was the fifth year of what the news calls a “civil war”, which looks a lot like an international war when observed a little closer.

Malnutrition is a subtle beast that can kill you as much as a grenade can, without making a sound

Aden was brutally caught in the conflict in 2015, as my colleagues explained to me during an improvised dinner in the doctors’ room.

A plastic tablecloth was laid on the floor and Doctor Omar arranged the food as we if were in a four-star restaurant, while describing what it had been like to be on duty during the Battle of Aden.

“We received two hundred patients in one day,” he said, smiling. “I worked non-stop for 48 hours. I was tired, after.” 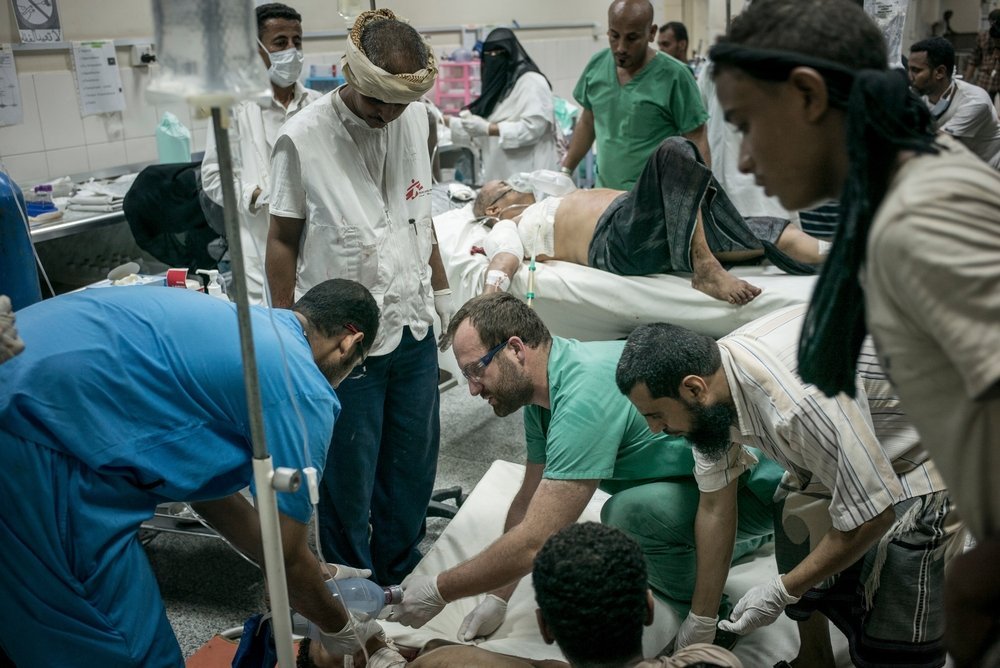 Guillaume Binet/MYOP
The emergency room at Aden Trauma Hospital during the 2015 battle.

While I looked at him in the awkward silence that fell after his sentence. I wondered how the team here could still be so passionate about their jobs; I hoped I would be the same, but I wasn’t sure.

What I was sure about is that the quality of care at Aden’s hospital is impressive. The intensive care unit is so well taken care of by the Yemeni team that once or twice I wondered if my work, as a temporary member of international staff, was needed. 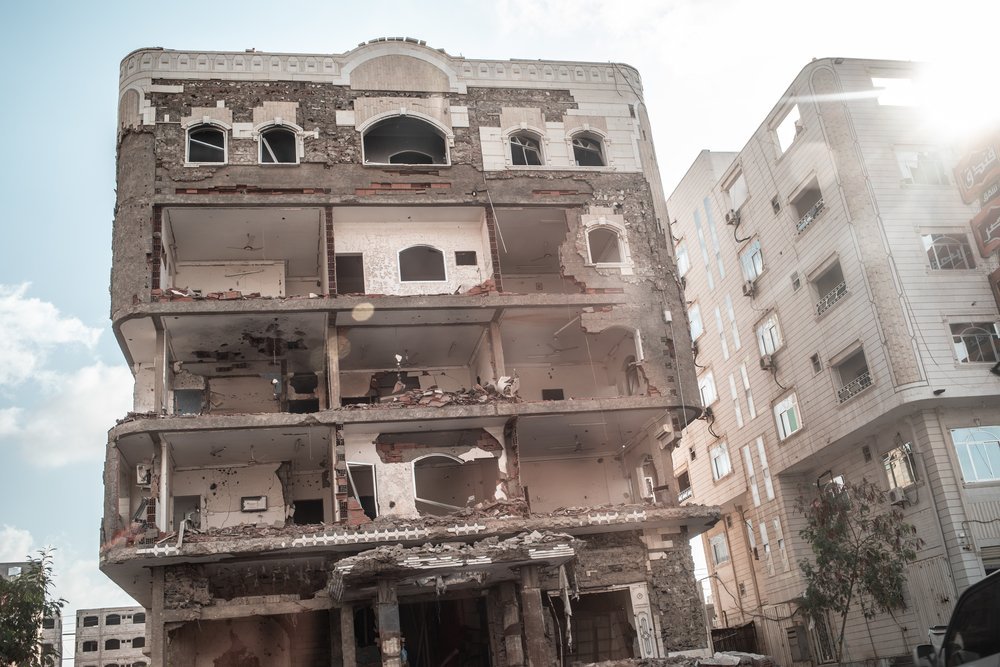 After the brutal battle, Aden was mostly spared. But, the increasing poverty and easy access to weapons has made violence a daily routine for southern Yemenis.

One night, a week after my arrival at the hospital, a call woke me at 3 AM. It was the emergency room doctor calling for help: four patients had arrived at the same time, from the same shooting.

The most urgent was a 20-year-old boy with a thoracic wound – a gunshot to his chest – who couldn’t breathe.

While I was intubating him, my eyes fell on something bulky and awkward in his trouser pocket. As soon as the intubation procedure was over, I reached out my hand to move it.

I froze: I was holding a grenade.

A Yemeni colleague gently took it from my hand and went to take it where all the weapons belong: out of our hospital. 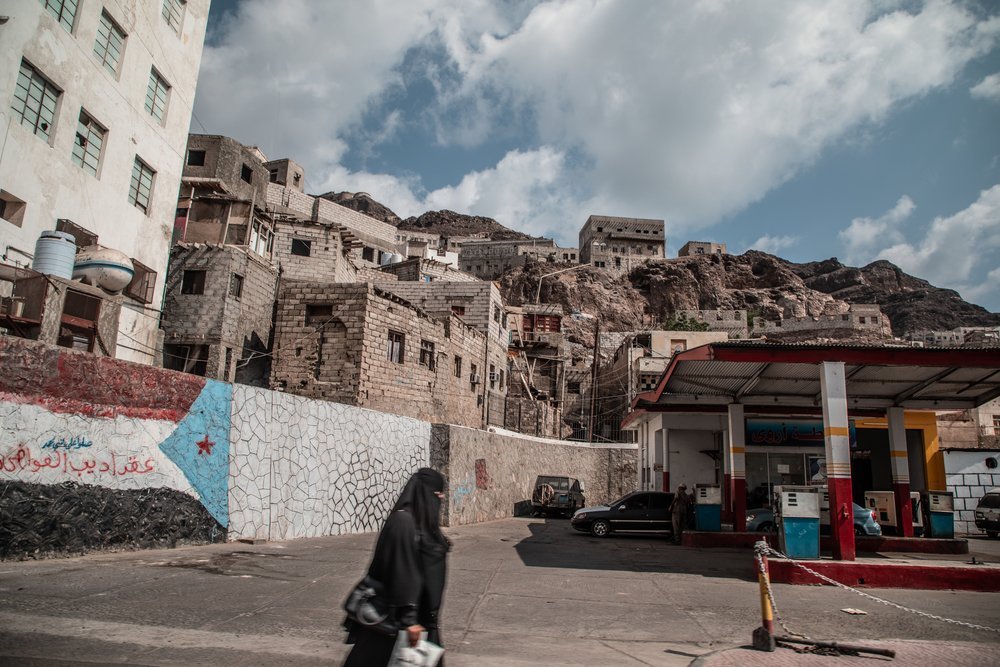 Soon my attention was attracted by something else; some of the patients we were receiving at the hospital were malnourished, both children and young adults.

Yemen is sometimes said to be on the brink of famine. In Aden, the cases of malnutrition we saw were not that widespread, but my colleagues told me that the slice of the population slipping into poverty is growing constantly.

Malnutrition is a subtle beast that can kill you as much as a grenade can, without making a sound.

In patients with traumatic injuries malnutrition makes things more complicated. The injured body needs more nutrients than a healthy one: the tissues need energy to heal and to rebuild what was destroyed. 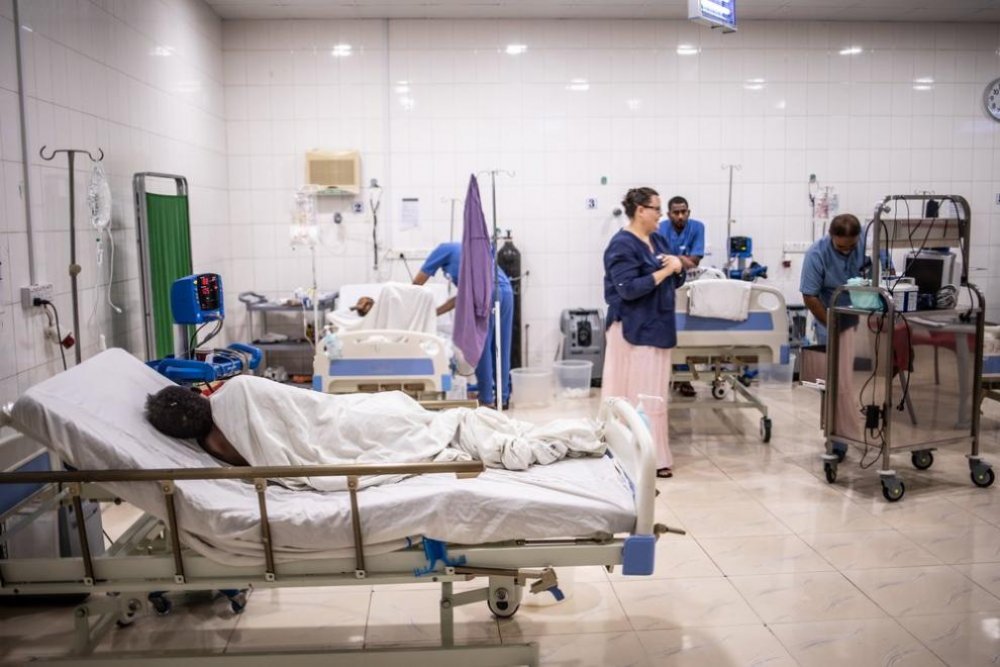 On average someone with a traumatic injury needs 30 percent more calories per day. A malnourished body has less reserve to use in the rebuilding, so the healing process can take longer or never happen.

With children the picture is even more messy as their bodies need to heal and grow at the same time. It can become overwhelming for an body already running at half-speed.

Fariha – a smiling five-year-old girl admitted to the hospital after a car accident – was worrying me more than any other patient.

The accident had caused her a massive liver injury. When she was admitted she weighed 13 kilos (around 29 lbs) – already extremely low for her age. Two months on and her weight had dropped to nine kilos (around 20 lbs) and seemed to be in freefall. She stayed mostly in bed, struggling to find the energy to eat.

The girl’s progress had been followed carefully, as it would be for any other inpatient, but she was severely malnourished from the start and the treatment protocols that work perfectly on normally fit patients weren’t working on her.

Observing the weight going down, I came to the edge of panic about Fariha and I decided to reach out for any possible help.

I alerted the entire hospital staff about the girl’s condition, I talked to our hospital director and our psychologist, and I wrote an email to my technical referent (a specialist adviser in critical medicine) at the MSF office in Paris for advice. 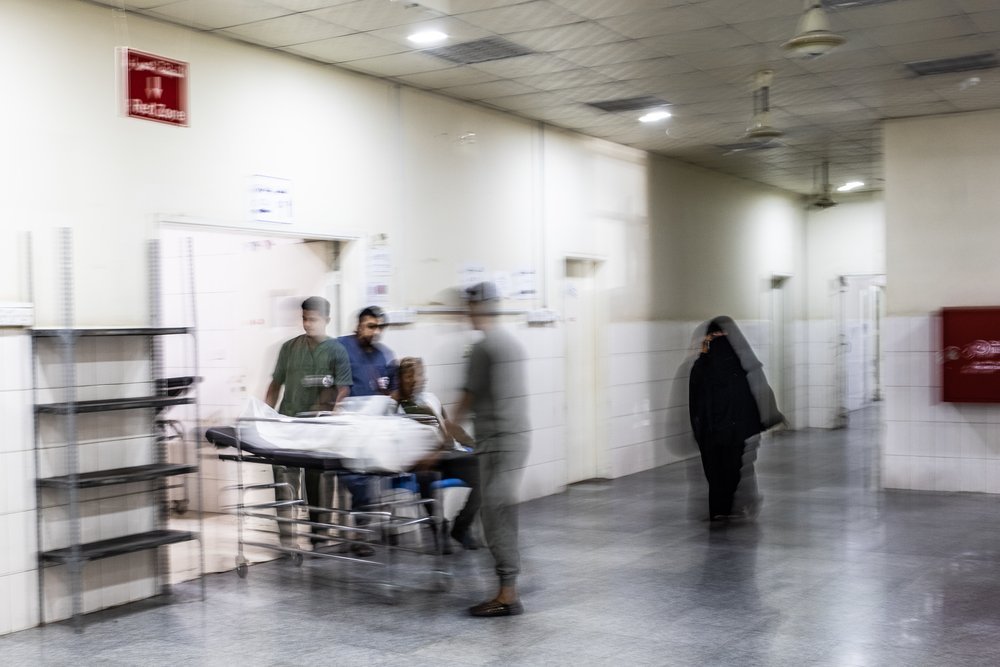 Agnes Varraine-Leca/MSF
Yemen, Aden, 16 December 2018 – Entrance of OT and ICU of MSF trauma hospital in Aden. The hospital opened in 2012.

I prepared a nutritional plan to be carefully followed. It changed dozens of times as we worked to adapt it to Fariha’s conditions.

In the meantime, the team all participated in feeding Fariha and playing with her, many staying after their shifts were over. The nurses prepared her favorite food in the hospital kitchen a couple of times, and everybody helped to support her mother constantly.

After three weeks of attempts, failures and readjustments, Fariha’s weight started to increase. It was like witnessing a miracle: her body was responding.

It was the first time I participated in the treatment of a malnourished child, something rare for an anaesthetist. It made me feel an amazement that I hadn’t felt since medical school.

But it wasn’t my personal achievement: the entire team demonstrated to themselves that with a lot of effort, a multi-disciplinary approach and some new protocols, were ready to treat malnutrition in patients with traumatic injures.

Fariha was discharged – just a few days before my departure from Yemen – to a round of applause from all the staff. 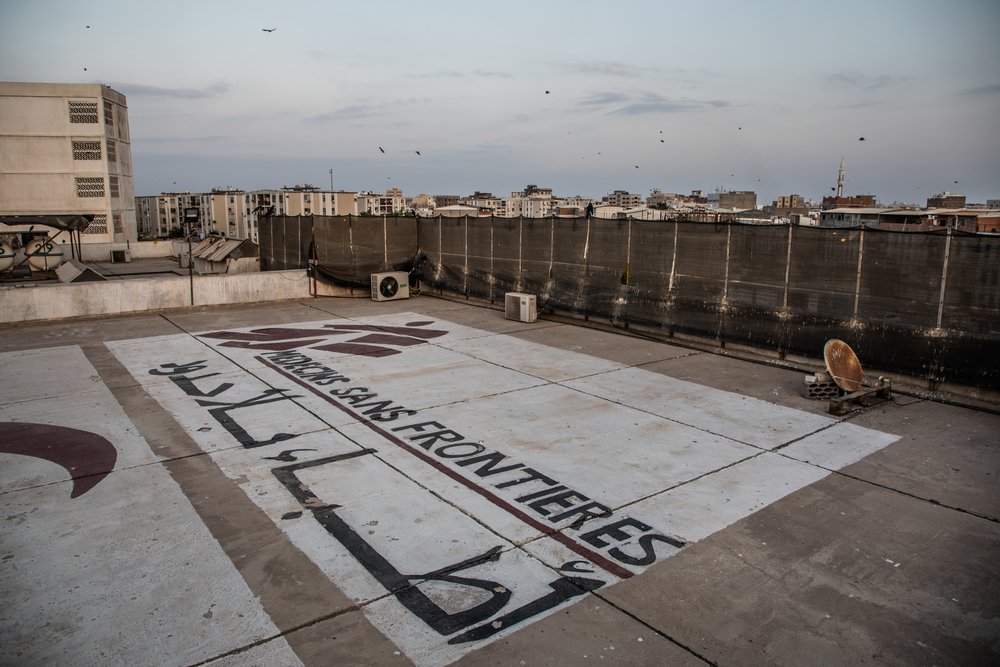