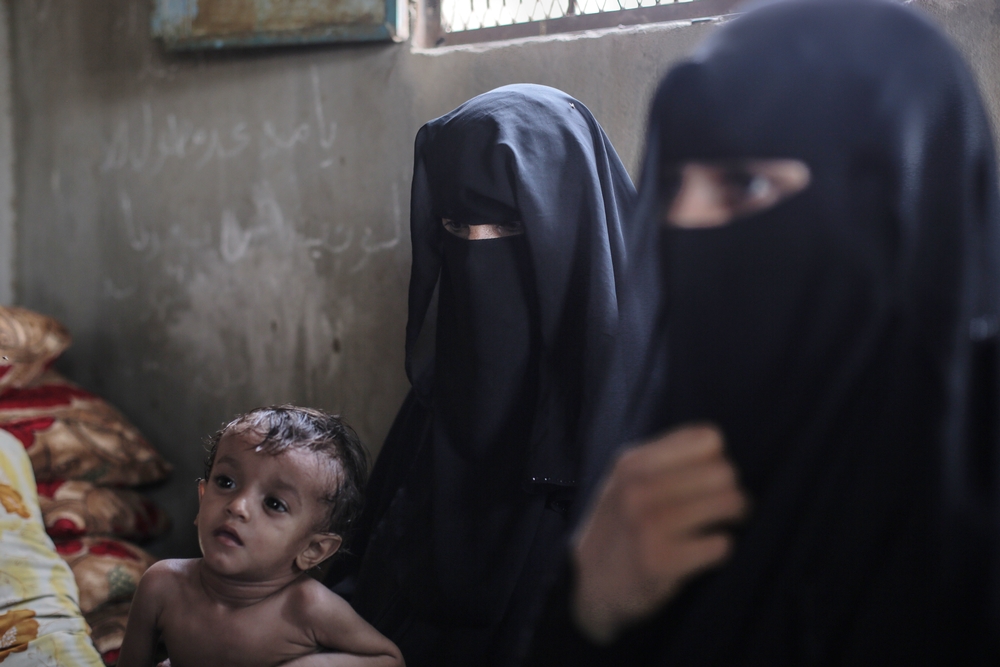 Yemen: What is the current situation in Hodeidah?

On Wednesday 13 June, forces loyal to President Hadi, supported by the Saudi and Emirati-led coalition (SELC), officially launched an offensive to take Hodeidah city from Ansar Allah (Al Houthis). There are still 600,000 people living in the city. Most of Yemen’s imports pass through Hodeidah’s port on the Red Sea, making it one of the few lifelines left for people living in northern Yemen. MSF is currently increasing its medical capacity in the area.
Caroline Seguin, MSF program manager, explains what has been happening.
What is the current situation in Hodeidah?
“SELC-backed forces are currently fighting Ansar Allah troops for Hodeidah airport, located a few kilometres south of the city centre. It is very difficult to assess the situation as we don’t have MSF staff inside Hodeidah yet, but medical staff we work with have reported airstrikes and shelling inside the city, and people have started stockpiling food and fuel.
“Ansar Allah forces have been very active in Hodeidah, digging trenches and building barricades, deploying troops near civilian areas, such as residential zones, hospitals and hotels, which is very worrying. Hodeidah’s water system has been affected by these excavations, and water shortages are being reported by residents. Electricity has been out for years, and people are using generators when they can afford them. It is difficult to estimate how many people fled the city so far. Inside Hodeidah, movements of population have been observed from the south of the city to the north. Some displaced families have moved further to neighbouring Dhamar and Ibb governorates, and to the capital Sana’a, where they can rent houses or stay with relatives. Since the war began in March 2015, the average price of fuel has more than doubled, so fleeing the city can cost families a lot of money.”
What is MSF doing in the area?
“MSF teams are helping hospitals to treat war-wounded in Hodeidah city, Mocha city and Far Al Udayn district, providing medical supplies and training to medical staff. In Hodeidah, MSF has sent medical equipment to Al Thawrah hospital, the main hospital in the governorate and where 80 percent of Hodeidah residents are being treated. We are also going to set up a field hospital near Mocha, 180 km south of Hodeidah. People we are working with have reported between 30 to 60 wounded people arriving every day at Mocha hospital from the frontlines. Sixty percent of them are emergencies.
“Our teams are responding to the influx of injured people from the Hodeidah and Taiz frontlines at the MSF hospital in Aden. They are now increasing the facility’s capacity from 80 to 110 beds, with additional tents that will allow more patients to be treated. Since the clashes began in May, the hospital has operated at full capacity and more than 150 patients from the frontlines have been treated.

Among these patients, 15 percent are children and teenagers under 15. Eighty percent of patients are injured by gunshots, shelling, bombing and landmine explosions. They must be driven at least six hours to reach Aden, most of the time in critical health conditions. On 23 June, we received civilians wounded from bombings in Hays, a city located 130 km south of Hodeidah. They were injured around 11 am in Hays, but did not arrive in Aden until 6 pm.”
How do you see the situation evolving?
“One of our major concerns is that fighting inside the city centre could turn Hodeidah into a besieged city, with civilians caught inside. The trenches and barricades, as well as the ongoing fighting, are making it more and more dangerous for civilians to move around, even with ambulances. Cases of people injured by landmines with no ambulance able to reach them were also reported to us. MSF is worried that basic access to health facilities, such as emergency rooms, and maternity or paediatric wards, will become even more limited for communities already affected by more than three years of war.
“Moreover, most of Yemen’s imports, including humanitarian aid, pass through Hodeidah port. This makes it a vital lifeline for Yemenis living in the northern parts of the country, as well as for continued humanitarian assistance. At the moment, the port is operational, but if it was closed or damaged during the fighting, this would have a large impact on humanitarian operations and on prices for vital commodities, such as food and fuel.”