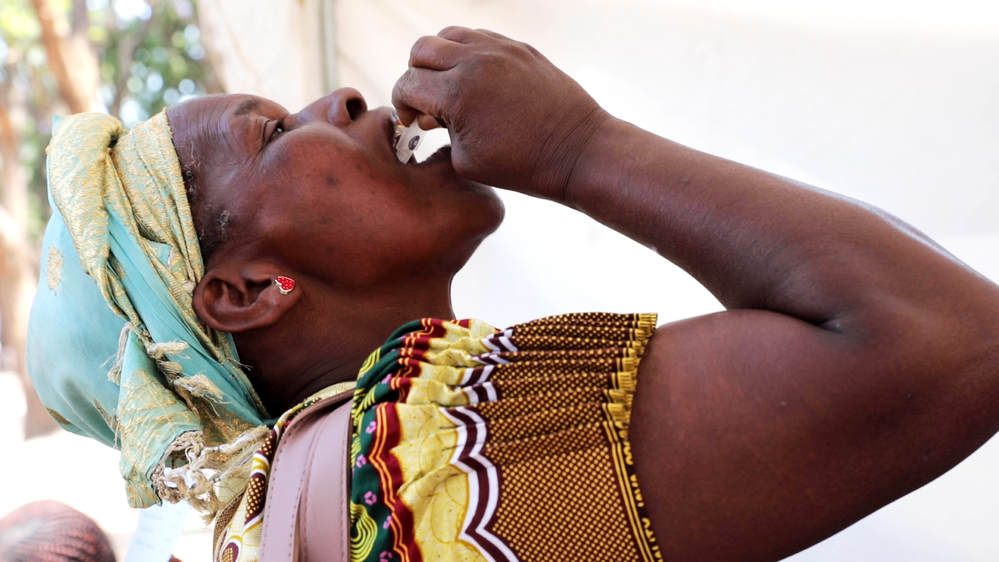 Zimbabwe: Responding to cholera in Harare

25-year-old Atlas got infected with cholera while visiting her sister in Glenview, Harare, the epicenter of the current outbreak. After almost a day in the Cholera Treatment Centre set up by MSF in collaboration with City authorities, she is feeling much better.

“When I found out I had cholera, I was shocked and scared. I thought I was going to die. My thoughts went to my daughter,” says 25-year-old Atlas Murima from Mashonaland West province in northern Zimbabwe. She had visited her sister in Harare, over 160km away, where an outbreak of cholera had been sweeping through the city since early September. Although Atlas had heard of the outbreak, she never imagined she too could be infected.

After developing the tell-tale symptoms – continuous vomiting, watery diarrhoea, a severe headache and sunken eyes – she was diagnosed with cholera at a treatment centre set up by the local health department and Médecins Sans Frontières/Doctors Without Borders (MSF).

“It’s very rare to get cholera in the rural areas,” says Atlas. “We just hear about outbreaks in Harare and it ends there.”

Cholera develops after ingesting contaminated food or liquid. It causes severe dehydration and even death if left untreated, but prevention is simple with good hygiene and sanitation practices and safe drinking water. In Zimbabwe, outbreaks of the disease are common during the rainy season in November until the end of May.

“I am going to teach my child to wash her hands before handling food, before eating and after using the toilet. She must use cups that are clean,” explains Atlas.

Atlas is one of 9,100 patients with suspected cholera in Harare, after the outbreak was officially declared an emergency on 12 September. It is the second largest outbreak of the disease the country has seen, after a devastating epidemic in 2008 left more than 4,000 people dead. The disease has already claimed the lives of 43 people and is the fourth outbreak to occur this year.

After the first case was reported in Glenview suburb, the disease quickly spread to other residential areas in Harare, with more cases seen across the country. Harare’s water system is old and falling apart, causing water loss and contamination from growing dumping sites and sewage. Densely populated suburbs like Glenview are particularly prone to waterborne diseases, as inadequate supplies of safe water force people to use unsafe alternatives like hand-dug wells and boreholes. 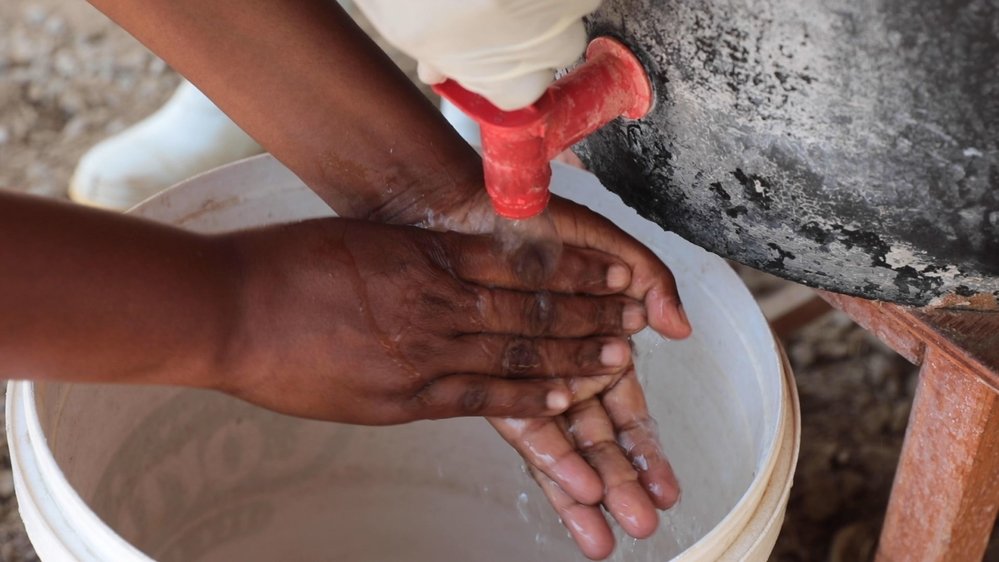 When the outbreak was declared, MSF was invited by national authorities to provide logistical and technical support as they mobilised human resources and materials.

“This integrated approach allowed MSF to intervene in a way that was resource efficient,” says Bjorn Nissen, MSF’s country director in Zimbabwe.  “We took on the role of mentor, providing nurses, skilled water and sanitation experts and logisticians at various critical points to build the technical capacity of city and national health authorities.”

As the situation evolved, MSF provided case management support, infection control, and technical and logistical support for cholera treatment centres set up in Glenview and at the Beatrice Road Infectious Diseases Hospital. Further technical support was provided at stabilisation centres in Budiriro, Buhera, Chitungwiza and at Harare Central Hospital.

The treatment for cholera is simple but has to be delivered swiftly. In the treatment centres, patients were rehydrated with oral rehydration solution and intravenous fluids, while suspected cholera cases in communities were encouraged to make their own salt and sugar solutions before reaching clinics.

“MSF places critical importance on saving lives. The patient is at the centre of everything we do. So we identified gaps and adapted to what was needed,” says MSF’s emergency coordinator, Farayi Marume. “We trained nurses on how to manage patients so that they work according to international standards provided resources to run the centres and trained general workers and nurse’s aides on infection control.”

MSF also supported the planning and management of two vaccination campaigns mounted by the health ministry, with support from the World Health Organisation (WHO) and other partners, in order to prevent the spread of cholera. Both phases, launched on 3 and 15 October respectively, vaccinated around 760,000 people in six Harare suburbs. 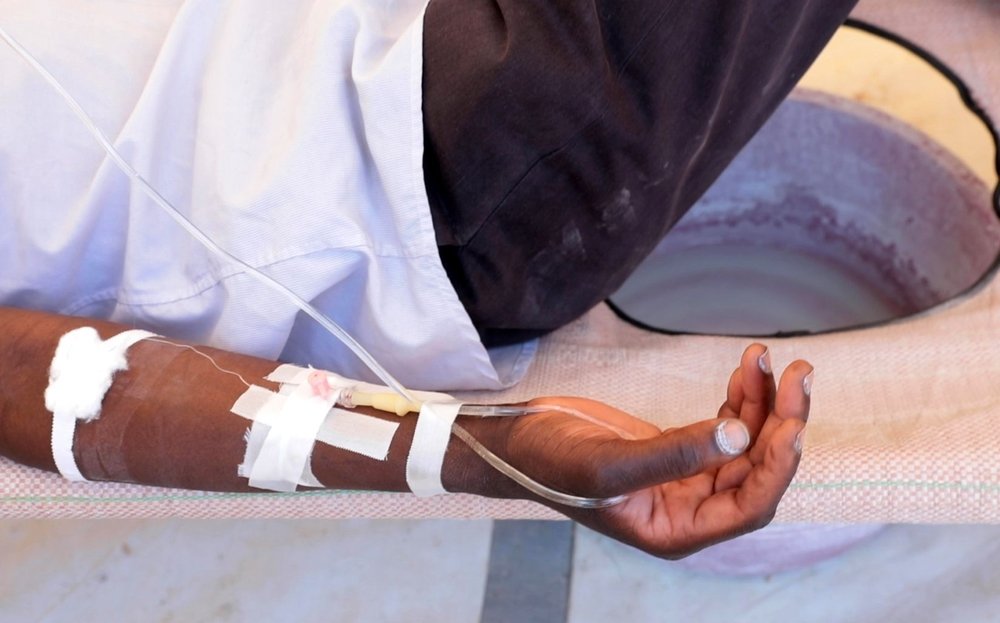 Since 2015, MSF has been developing solutions to bring safe, clean water to vulnerable communities in high-density suburbs in Harare. Teams have been drilling new boreholes and upgrading existing ones to help prevent waterborne disease in the city.

A crucial element of these efforts has been empowering communities to manage and maintain water points through trained community health clubs. Committee members oversee the provision of clean water to members who contribute a small monthly fee to pay for chlorine and maintenance of the points. Over 70 rehabilitated boreholes are now managed by more than 60 community health clubs in 13 high-density residential suburbs in Harare.

The importance of community clubs

When the outbreak began in September, the importance of the community health clubs – particularly those in the most cholera affected suburbs including Glenview, Budidiro, Mbare and Glenview – became very apparent.  Members trained in water and hygiene safety immediately started sharing knowledge door-to-door with their communities to prevent the further spread of cholera.

“When the outbreak was declared, we already had information. We had learnt about the causes of cholera and ways of preventing it. We had clean water which we were treating. So we immediately started to teach others in the community about the disease,” said Rachel Marodza, a member of the Kuwirirana community health club in Glenview.

These health promotion activities, and the provision of clean water may likely have prevented these communities from being affected by cholera. An initial survey conducted by MSF of 16 community health clubs covering more than 8,000 people in the four most affected suburbs found only four suspected cholera cases. As the outbreak progressed, a significant number of new community members signed up to receive clean water. Follow up continues of the remaining 45 community health clubs. 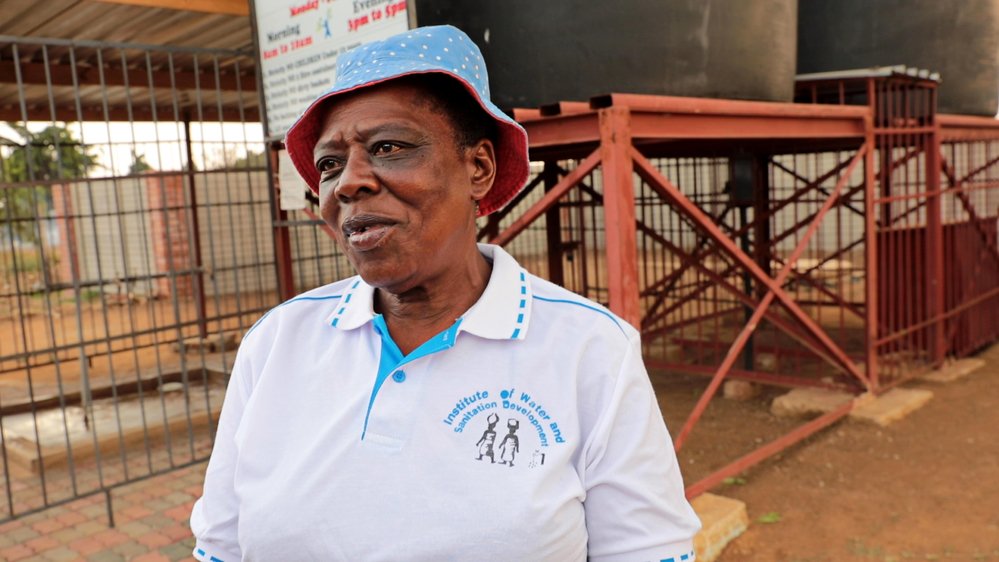 Marion Mossing/MSF
Mrs Caltas Hlerima, a Community Based Facilitator and member of the Kuwirirana Community Health Club in Glenview, Harare.

“In our area, we haven’t seen anyone with cholera, while others nearby – who don’t fetch water from our water point – were infected,” said Caltas Hlerima, a community-based facilitator for Kuwirirana Community health club.

As the cholera outbreak subsides, the importance of sustainable water solutions to ensure a continuous supply of clean drinking water is vital. MSF will continue to provide emergency support during outbreaks, while building longer term solutions – owned by communities themselves – for the future.

MSF has been working in close collaboration and partnership with the Zimbabwean Ministry of Health and Child Care (MoHCC) since 2000. MSF has supported the implementation of medical programmes, supported the piloting and scale-up of innovative solutions for increasing access to quality medical care, and provided medical care during emergencies.

read more about our work in zimbabwe >