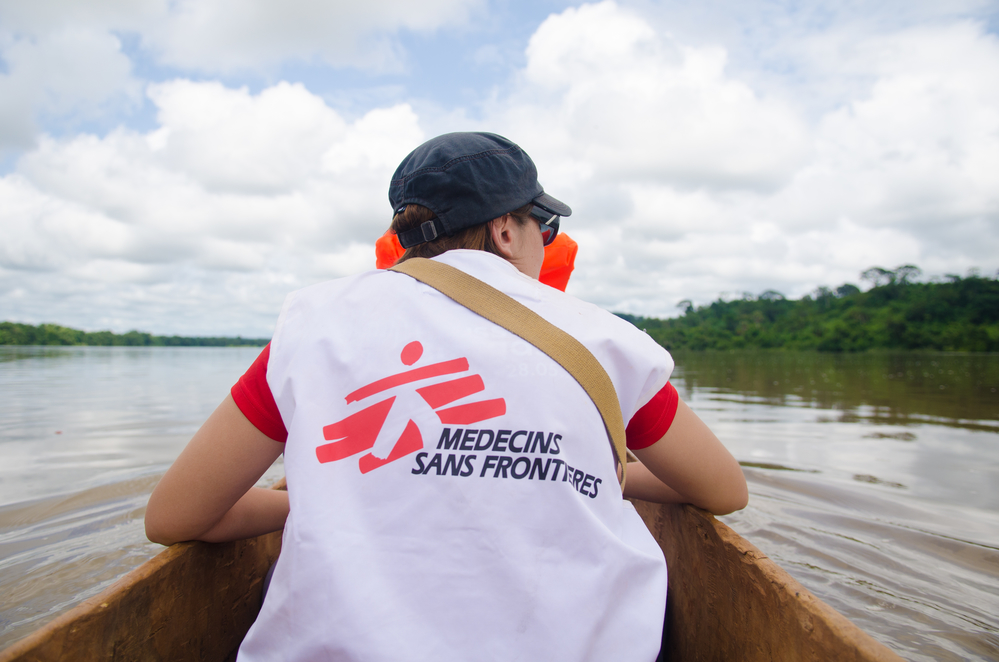 Our commitment to responsible behaviour

Médecins Sans Frontières (MSF) promotes a working environment free of harassment and abuse. Our leadership has unequivocally committed to reinforce mechanisms and procedures to prevent and address abuse and harassment. All staff are expected to abide by the MSF movement's Behavioural Commitments and our guiding principles as stipulated in our Charter.

The integrity of our organisation is upheld by the good conduct of each individual staff member, in any location, with full respect for the communities we serve. For us, this means not tolerating any behaviour from our staff that exploits the vulnerability of others, or of employees taking advantage of their position for personal gain.

Procedures, including grievance mechanisms, are in place to encourage prevention, detection, reporting, and management of all types of misbehaviour, harassment and abuse. Through these mechanisms, all staff members are encouraged to report inappropriate behaviour or abuse either through their management line or through specific reporting channels outside any hierarchical lines, using dedicated email addresses. Victims or witnesses in the communities where MSF works are likewise encouraged to report misconduct to us so that allegations can be properly addressed.

Broad awareness activities are carried out to inform all staff of the mechanisms available to them to report abuse. This information is shared through specific communications, including in printed staff manuals, and is conveyed in briefings, field visits and trainings. Moreover, e-briefings and learning modules related to behaviour and management of abuse are regularly updated and improved.

There is a range of ongoing work in this area that has been taking place across the MSF movement in recent years. Examples include:

MSF aims to ensure that these situations are addressed with the utmost confidentiality, to create an environment where people feel they can safely file complaints, without fearing for their safety, their job, or their confidentiality.

Our first priority when misbehaviour is reported is the safety and health of the potential victims. Immediate attention is given to provide support, which can include psychological and medical care, and securing legal assistance.

MSF always respects the victim’s decision to bring – or not – a matter to justice. In the event of sexual abuse against minors, MSF’s policy is to report the case to judiciary authorities depending on the child’s best interests and availability of such procedures.

While the 2018 figures show an increase in the reporting of incidents of unacceptable behaviour compared to 2017, we still believe this picture to be a significant underestimate – this is likely due to a combination of challenges around both under-reporting and data gathering.

We continue to urge staff, patients or anyone else who comes into contact with MSF to report any incidents of unacceptable behaviour which they come across.

Note on changes to the figures

Due to improved data collection and compilation, MSF has updated its figures for 2017. As a result, the total number of complaints for 2017 is found to have been higher than previously reported: 182 as opposed to 146; the number of confirmed cases in 2017 has also risen slightly. Please note that some cases in 2018 are still being investigated, so the overall figures may change slightly.

MSF continues to face a challenge of under-reporting when it comes to issues related to behaviour. Since 2017, we have seen an increase in the number of complaints being reported, which is an encouraging sign that MSF’s reporting mechanisms are being more widely used. While the total number of reports has dipped slightly (by 10 per cent) between 2018 and 2019, we believe this is primarily due to a large number of historical cases having been reported in 2018 – likely a result of the increased levels of communication on this issue, both internally and externally.

We need to continue working to improve levels of reporting, especially among groups which have tended to be under-represented when it comes to making complaints – including locally-hired MSF staff, patients in MSF projects, and their carers. 2019’s figures have showed increases in the number of reports received from these groups, which is encouraging, though we acknowledge that there is still a long way to go.

The reasons for under-reporting are similar to those found in society at large, including the fear of not being believed, prevailing stigma, and possible reprisals. This is all the more acute in many crisis settings where MSF operates, such as conflict areas, where there is often a general lack of protection mechanisms for victims, a high level of generalised violence and impunity, and where populations may be highly dependent on external assistance. The size, turn-over and diversity of our staff require a continued effort to inform and create awareness about MSF’s policies on harassment and abuse, as well as all mechanisms available for reporting any abuse or harassment.

In 2020, MSF had more than 63,000 individual staff movement-wide. We saw a total of 444 complaints made across our staff working in medical and humanitarian projects in the field (389 complaints) and across international headquarter offices (55 complaints). Further details below break down field and headquarters cases separately, as they are not necessarily comparable in terms of terminology and reporting processes.

The overall number of complaints received increased by 22 percent in 2020 compared to 2019. While MSF continues to face a challenge of under-reporting of behaviour incidents, this increase can be seen as a sign that MSF is starting to address this long-term problem. It indicates that complainants and witnesses have increasing confidence to speak up, and that there is growing awareness of the various reporting mechanisms and channels that have been reinforced and put in place.

The pandemic has led to a reduction in face-to-face activities to prevent unacceptable behaviour, however significant effort has been put towards virtual training. The total number of staff trained to deal with behaviour issues actually increased compared to 2019.

Despite these improvements, under-reporting continues to be an issue. Of particular concern is the limited (if increasing) number of complaints from patients, care givers and community members. This indicates the need to focus on prevention and to develop adapted community complaints mechanisms for these groups.

Complaints from our projects in the field

We have continued to see small but notable increases in the number of complaints submitted by previously under-represented groups, though there remains a lot of work to be done:

Complaints from our offices worldwide

2020 is the first year for which MSF has compiled complaints from our offices around the world, in addition to the data gathered from our medical projects in the field. Around 10 per cent of the total MSF workforce is based in these international offices.

As we have noted in previous years, the absence of these figures has led to a significant gap in our data. There is no prior year comparison. It is also worth noting that, while efforts have been made to standardise reporting, this data relates to a large number of different legal and HR processes, and so may not yet be fully harmonised.

We continue to urge staff, patients or anyone else who comes into contact with MSF to report any incidents of unacceptable behaviour which they come across.