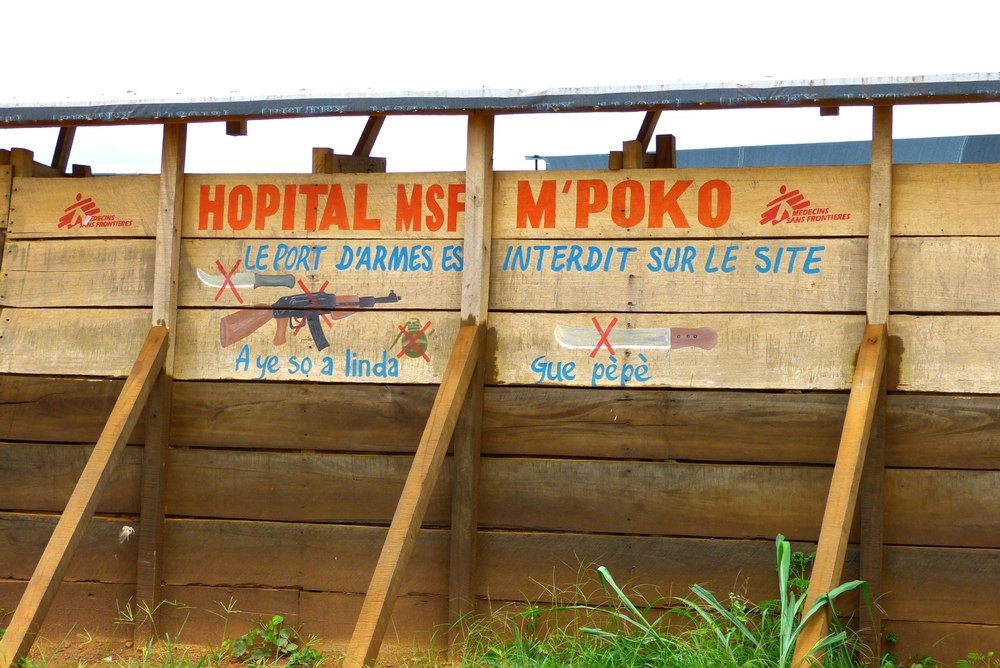 Central African Republic: "Despite all the risks, we are still committed"

Nineteen people, including three Médecins Sans Frontières/Doctors Without Borders (MSF) staff, were killed during an armed robbery in the grounds of our hospital in the northern town of Boguila, Central African Republic (CAR) in April this year.

Immediately after the tragedy, we made the decision to reduce our activities in the area to essential services only. Six months later, a reduced team is still working in Boguila, where people’s health needs remain as urgent as ever, and where the risks associated with delivering medical and humanitarian aid are still high.

Six months after the attack, what is the situation now in Boguila?

The security situation hasn’t changed. Armed groups continue to cause havoc. There were a number of attacks in May and June. I had expected the armed groups to be less active during the rainy season, but in September and October, villages were still being attacked, including Boguila.

Again the belligerents pillaged what they could and killed innocent people. Armed men came to the hospital, but all of our Central African staff were able to flee in time. No international staff were present, and nothing was taken from the hospital.

How are local people dealing with this?

Local people live in constant fear that they will be attacked. They try to rebuild their houses and work in the fields but, as soon as there is any kind of stability, they get attacked again.

What is the effect on people’s medical needs?

The main problem here is malaria, but respiratory tract infections and diarrhoeal diseases are also common. People flee their homes and live for prolonged periods in the bush, which has consequences for their health. Often they are unable to take their mosquito nets when they flee.

Another major problem is malnutrition; people can’t work in the fields as they would normally, and transporting food supplies has come to a halt, so people depend on what they can find in the bush. We see children who are very severely malnourished, as their mothers have been unable to bring them to a health post.

Many women are too afraid to come to health posts in villages, and pregnant women often deliver their babies in the bush. People’s medical needs are high, but their access to healthcare is very limited.

How can you provide healthcare for these people?

To help people living in the bush, or in villages where there is no health post, we are training members of these communities to diagnose and treat malaria themselves – imagine a man with a rucksack containing rapid tests to diagnose malaria and pills to treat it – it’s that simple.

We are also supporting four village health posts and we vaccinate children, in collaboration with the Ministry of Health. And we continue to provide primary healthcare in the hospital, focusing on essential services like maternal healthcare and on treatment for TB and HIV.

The hospital in Boguila no longer functions as a hospital; it’s more like an extended health centre. Previously it had 140 beds. The inpatient ward is no longer open, though the outpatient ward has six observation beds where patients can be stabilised before being transferred by motorbike to a hospital in a safer area.

We have reduced the number of staff by half, to about 70, all of whom come from the area. If there are threats or rumours of an attack, the staff hide in the bush. Despite all of the risks, we are still committed to working here.

How is the team coping with working in such a difficult situation?

We were shocked after the killing of our supervisor nurse, our guard and head of guards and of the other 16 people who were in the hospital to discuss the problems their communities face to access healthcare. But afterwards our Central African staff felt strongly that if MSF had left Boguila after the attack, local people would have been doubly victimised.

Many of our staff members decided to keep working for the sake of their communities, as medical care is so desperately needed; other decided not to continue. We have changed our approach, with international staff supporting the health posts and hospital from a distance, as well as a small remote team making unannounced flash visits.

It’s rewarding that we are still able to keep essential services running, but it’s also hard. Our movements are limited because of the insecurity. We would like to do more, but the more we move, the easier it is to run into a security incident.

What are the main challenges for MSF now in Boguila?

The first challenge is not to get frustrated that we can’t give our full support, despite the needs being so high. In the past three months we have managed to do about 15,000 consultations a month, but when there is insecurity, consultation numbers drop.

One of the biggest challenges in such an insecure context is to keep talking with the armed groups in order to discuss the problems we face and to ensure that they understand our work. As in many other places around the world, MSF talks to every party, armed or not, to negotiate access to the people who need our help.