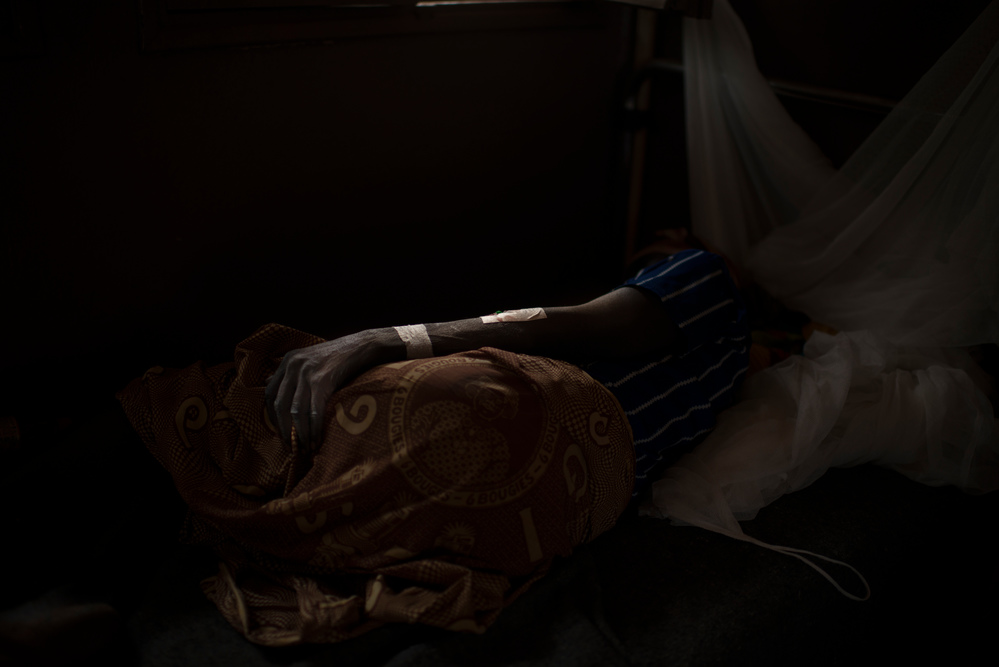 Bangui, 7 March 2018 – A mass rape has been reported in the Central African Republic (CAR) after ten survivors were taken to Bossangoa Hospital and provided emergency medical care by staff from the international medical organisation Médecins Sans Frontières/Doctors Without Borders (MSF).

The group of women arrived on 3 March at Bossangoa hospital, in the east of CAR. According to the women, the attack took place on 17 February near Kiriwiri, a village 56 km from Bossangoa.The 10 women said they were with a larger group in the bush, collecting water, washing clothes and tending to their crops, when men from a local armed group took them hostage. Some women managed to escape but the rest were abducted and taken to the armed group’s camp. The men raped them multiple times over the course of the day before releasing them.

This attack represents another example of how sexual violence against women is part of the generalized extreme violence inflicted on the population.

Due to a combination of factors, including the volatile security environment, fear of further sexual violence and cultural pressures, the women who were able to access medical care did not leave their village until 2 March. Another aid organisation managed to send motorbikes to bring

them to Bossangoa hospital, a facility where MSF works. MSF’s medical team immediately administered first aid followed by gynaecological care, tetanus and Hepatitis vaccinations and psychosocial support. Unfortunately it was too late for them to receive the vital treatment that needs to be administrated in the 72 hours after rape to stop the transmission of HIV.

“The women we saw were coping in many different ways but all were incredibly traumatised. Some were in total shock, while others were paralysed by fear, or found it very hard to speak about the incident. A number of the women had fresh knife wounds. It was horrible to witness and my heart goes out to them. Our maternity team treated them with dignity, patience and provided them with a safe and confidential space to start processing what had happened,” says Soulemane-Amoin, the MSF midwife in charge at Bossangoa hospital.

According to the survivors, many more victims of this attack remain in their village and did not come to the Bossangoa due to the stigma of rape, including the fear of being excluded from their community if they were identified as survivors.

“We are shocked and saddened by this mass rape and particularly concerned that, as a result, there are many women who are still in need of urgent medical care. This horrific attack highlights the daily realities experienced by people in the Central African Republic, and in particular women and children who are the most vulnerable to abuse,” says Paul Brockmann, MSF head of mission in CAR. “This is one of the consequences of the new wave of indiscriminate violence that started at the end of 2016 and continues, unabated,” he adds.

This latest attack brings the total number of survivors of rape and sexual assault treated by MSF’s team at Bossangoa to 56 from September 2017 to present. This compares to the 13 treated from January to August 2017. This increase is mirrored by both a rise in violence seen in the area and the wider rollout of MSF’s sexual violence programme.

MSF provides medical care and assistance to survivors of sexual violence in various locations across CAR. MSF teams in Bangui’s SICA hospital have treated an average of 300 survivors of rape and sexual assault per month in 2018, with survivors coming from the capital and different provinces. In Castor Maternity Hospital, also in Bangui, an average of 20 SGBV survivors each month has been treated by MSF teams, and another 10 in Gbaya Dombia. In Bangui’s Hôpital Communautaire, which MSF has been supporting since the end of December, teams have already treated 147 SGBV survivors.

“What’s most concerning about the number of sexual violence cases we have recorded is that the real number is likely to be much higher. In some cases, our teams report treating people who were raped years ago, but didn’t have access to medical services until recently,” warns Paul Brockmann.

“If more isn’t done, and with the escalating conflict, dwindling number of healthcare providers and crumbling infrastructure, we are truly concerned that survivors will continue to suffer the serious consequences of rape in silence as the number of attacks rise”, Brockmann added.

our work in car