COVID-19 in Peru: Shifting from supporting hospitals to vaccination campaigns

Faced with the risk of a third wave of COVID-19 in Peru, MSF is shifting its support in Intensive Care Units to accelerating prevention activities in Cusco and Arequipa.

2nd September, 2021 While COVID-19 infections, hospitalizations, and deaths have continued to decline over the last few months in Peru, the country is facing an expected third wave. To prevent more people from getting sick during this wave, the international medical agency Médecins Sans Frontières (MSF) has shifted its case management activities in intensive care units at hospitals in Huacho and Cusco and assistance to several health centers and community groups to accelerating the Ministry of Health’s vaccination campaigns in Cusco City and Arequipa. Vaccination coverage is low and the Delta variant is circulating widely and rapidly in these areas.

Non-invasive oxygen therapy proves to be a game changer

This figure was determined after a government review of the death toll showed a tripling of the previous official deaths to 180,764 since the beginning of the pandemic up to May 22, 2021.

The ferocity of the outbreak led MSF to support the overwhelmed staff in the overcrowded regional hospital in Huacho, the Hospital Antonio Lorena, and Hospital Regional in Cucso by providing much technical, training, and material support. 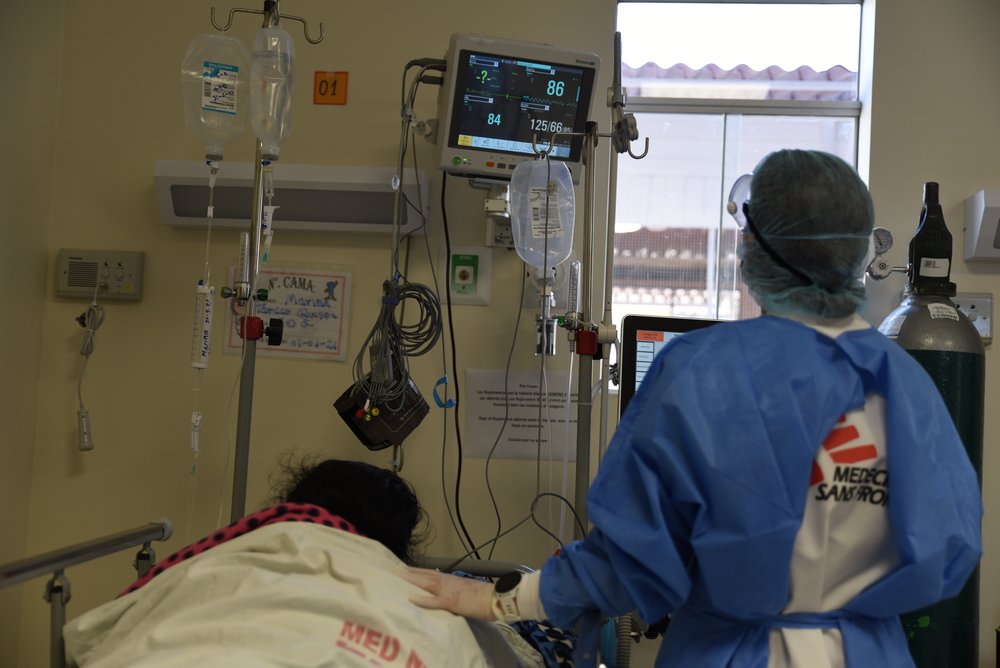 Clément Locquet/MSF
MSF teams providing care to COVID patients in Antonio Lorena hospital, Cusco, Peru. MSF opened its second covid-19 project in May in the city of Cusco, south-east of the country.

As cases and death rates have been decreasing over the past several months, MSF has now completed its support to hospitals and four health centers and handed over its activities to Ministry of Health staff, which included the treatment of severe cases with oxygen.

“It was a real game changer."

MSF will leave the oxygen therapy biomed equipment and materials at the hospital until October. MSF also provided in-person and telephone mental health consultations to patients and their families.

A race against time to get as many people vaccinated

In the San Jerónimo, Urcos, Sand Anta, and Siete Cuartones districts of Cusco, MSF collaborated with several anti-COVID-19 committees and 89 health promoters to disseminate up-to-date infection safety and prevention information and facilitate the promotion of the vaccine through distribution of digital material and radio public service announcements.

“We shift now to scaling up vaccinations in Cusco City and two districts in Arequiqa—projects that will run for up to two months,” says Dr Janssens.

"Vaccination is the best way to prevent the Delta variant from spreading further, and to prevent people from needing hospitalization and overwhelming the already overstretched health system"

“It’s a race against time to get as many people vaccinated because the highly transmissible Delta variant is now detected in Peru. As we know, the Delta variant is fueling high rates of illness and hospitalization in countries around the world.”

Currently, around 30% of Peru’s 33 million people have received the first dose of a COVID-19 vaccine and less than 25% are fully vaccinated with a second dose.

MSF is working to scale-up the Ministry of Health’s vaccination efforts, so more people will be protected more quickly.

Vaccination is the best way to prevent the Delta variant from spreading further, and to prevent people from needing hospitalization and overwhelming the already overstretched health system.

“I have been tracking the epidemiological trends on cases, deaths, and hospitalizations to inform our teams on the big picture and the main hotspots,” says Laura Wright, Epidemiologist for MSF’s research and surveillance center, Epicentre. 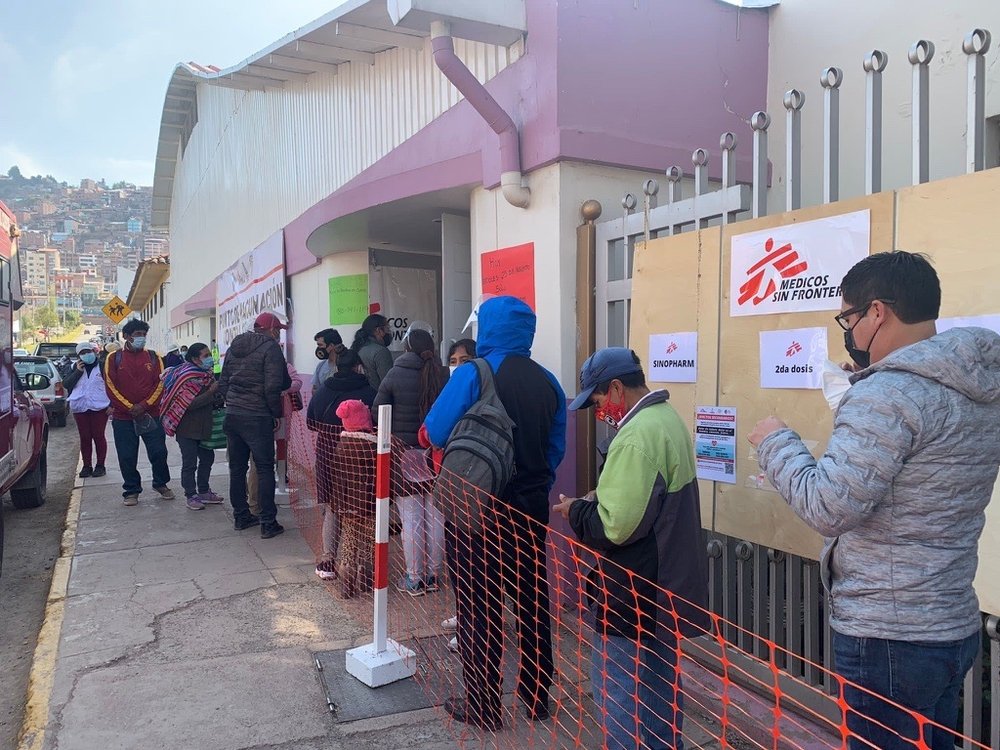 "In both places, the Lambda variant was predominant for the past several months, but the data now shows that the Delta variant has quickly become the most detected variant circulating. With the takeover of the Delta variant, we will likely see an increase in infections.”

In Cusco City, MSF opened a new vaccination site in the Colegio Medico on August 25 that will be open six days a week and target people over 18 years old, with a goal of vaccinating 500 people per day.

This effort will supplement the Ministry of Health’s vaccination campaign, which has limited hours on weekends because the same health care staff are busy working in the health centers during the week. 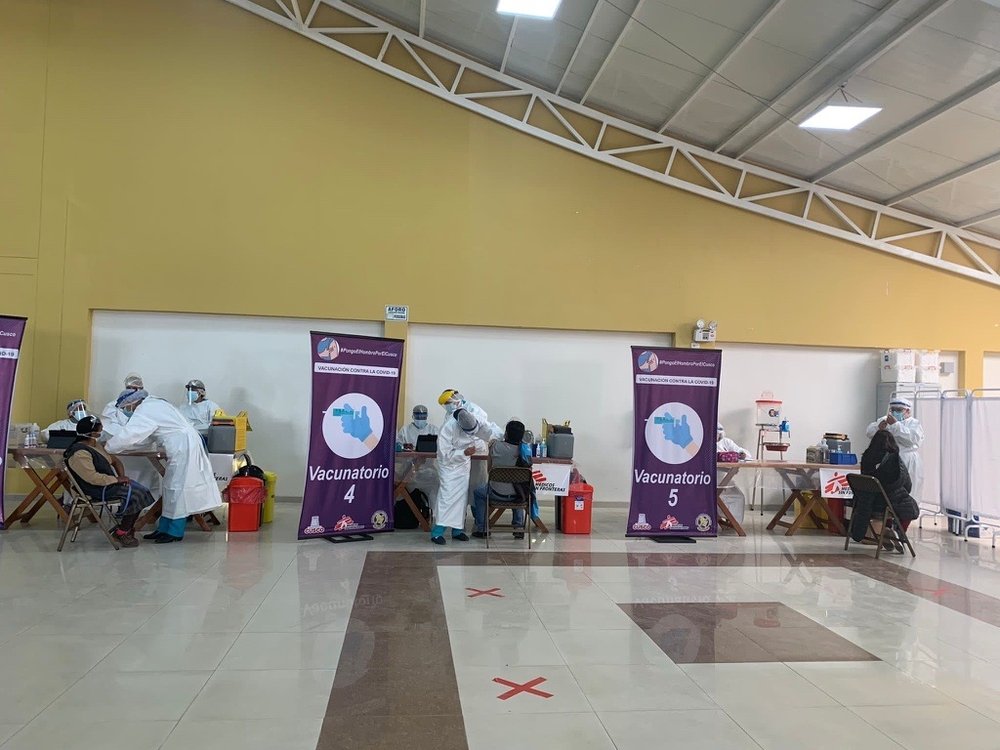 MSF also saw postponements in the vaccine efforts because the staff ran out of vaccines due to delayed reorders.

“We noticed that resupplies of vaccines were not always arriving in a timely manner, which led to cancellations,” says Dr Janssens.

“One problem is that the staff was not able to submit the vaccination data that were required for the 24-hour delivery of the next supply. MSF decided to solve this issue and will install an internet modem for Wi-Fi access and provide computer tablets and several data entry staff.”

Vaccinations are ongoing in Arequipa, however there are varying levels of coverage within the Region due to access.

MSF will set up two vaccination sites in Peruarbo and in Ciudad Municipal to target areas with low vaccine coverage partly due to people unable to afford transportation to clinics. 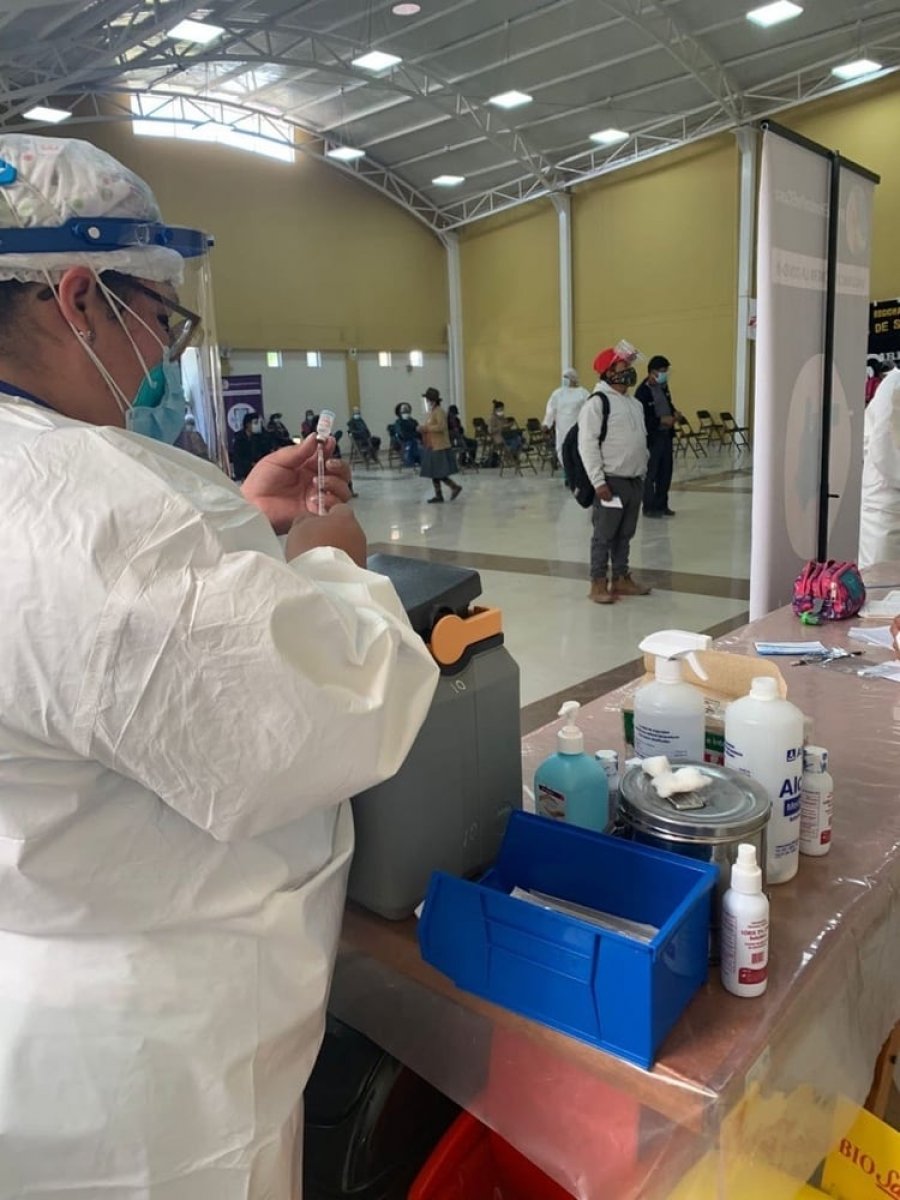 “A COVID-19 patient arrived at the hospital in serious condition because she could not afford the 10 soles ($2 USD) to pay for transport,” says Dr Jannsens.

MSF’s epidemiologist will continue surveillance in each district in Peru to inform MSF of its current and future responses.

We remain agile to adapt our projects and our support to the Ministry of Health based on needs.