Displaced in El Salvador: "They ripped my soul out"

"The day they killed my son, they ripped my soul out," says Lucila, a 56-year-old fruit and vegetable seller from the capital of El Salvador, San Salvador, whose youngest son, Juan, was murdered by a gang.

A team currently provides medical assistance and psychological support in a shelter in the capital, which is where we met Lucila.

When Lucila arrived at the shelter two days earlier, she brought nothing more than the clothes she was wearing.

Her son’s murder had left her feeling hopeless, fearful, and with thoughts of suicide.

"I no longer wish to live," says Lucila. "After my son was buried, I suggested to my other children that we take poison so as not to suffer this pain any longer. I feel like I’m in a prison.”

Lucila describes how her son was targeted by the gang. "The gang members harassed my son so that he would get involved with them—crime in this country spreads like leprosy," she says. 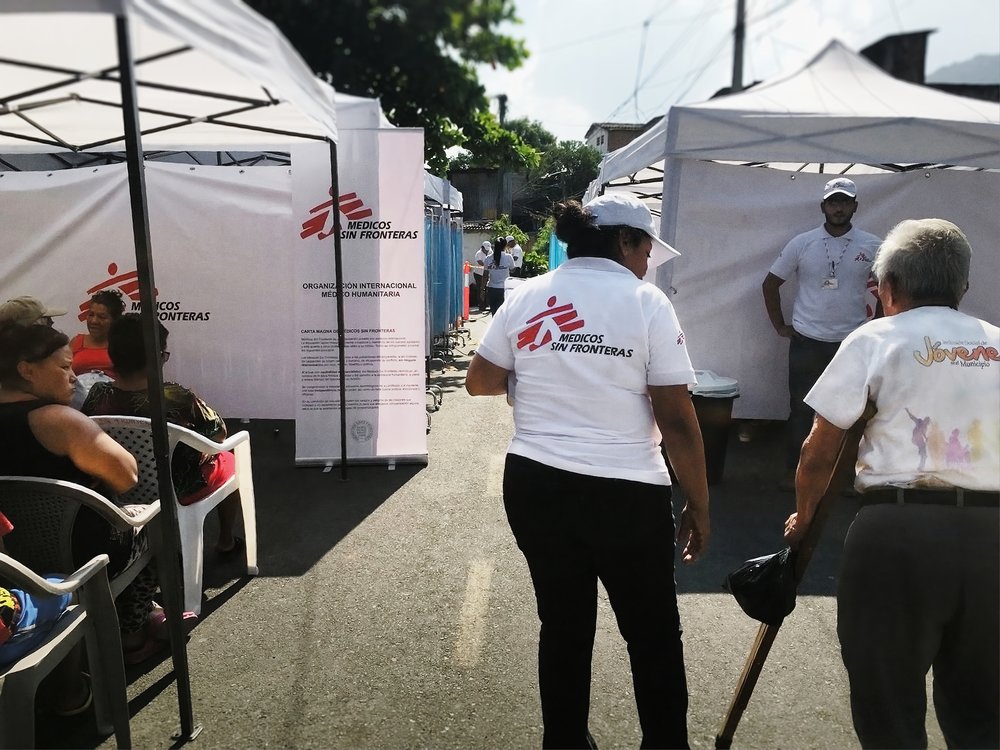 MSF has presence in El Salvador with projects in San Salvador and Soyapango. Teams work in basic health care and mental health in areas of the cities affected by high levels of violence.

“There are many young people who are harassed and threatened every day by gangs who want to recruit them. One day my son said to me: 'Mom, I'm going to go to the street before they massacre our whole family.'”

The gang had already threatened the family, and Juan chose to face the gang alone rather than risk his family getting hurt.

"On October 12 [2018], the gang killed my son,” says Lucila. He was 22 years old. I looked everywhere—in the alleyways, in the mountains, in the streets, even in the gutters I went looking for him. I found him in a wooded area. He had been strangled.”

Even with this death, the violence against Lucila’s family did not stop.

“Three days after the burial, they grabbed my other son,” says Lucila.

“The boys wanted to kill him. He was already hanged when luckily the police arrived and they ran away. My son was able to hold the rope and stop himself from suffocating. Terrified, he ran to the house. ‘Mom, they wanted to kill me,' he told me. He was in a complete state. That was when we left the house with the police, without bringing anything with us, and here I am."