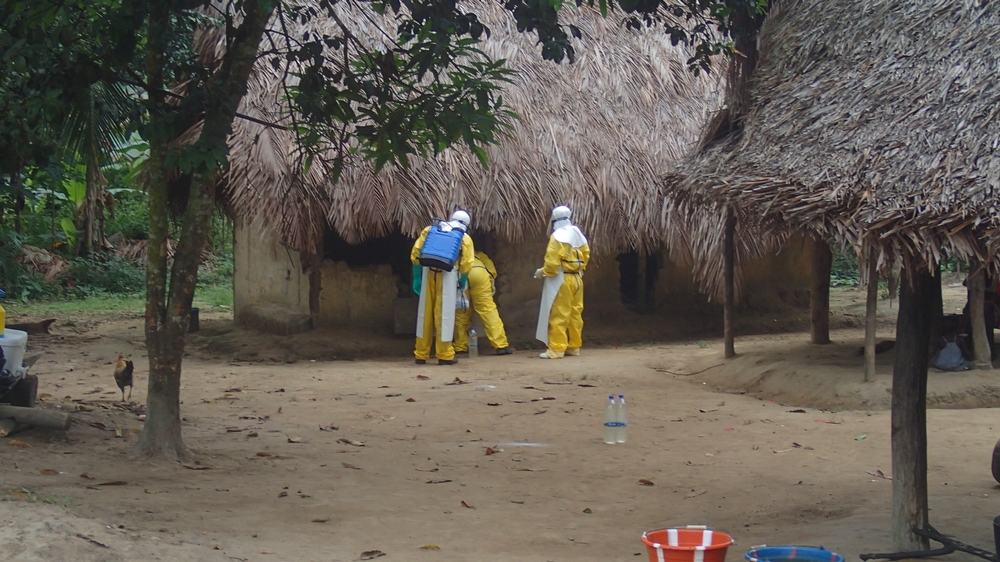 Ebola: "This is not the time to rest"

Only a few weeks ago, many MSF Ebola Management Centers (EMCs) in West Africa were reaching their limits. Since then, the number of patients has steadily declined.

During the first week of February, 10 new confirmed cases were admitted within the 8 EMCs managed by MSF, including none in Liberia.

Question marks remain however about this sudden decline. “Our centres in Guinea were empty in late May last year. All it took to revive the epidemic was a single case," says Claudia Evers, MSF emergency coordinator in Guinea. "It is crucial to actively search for suspected cases, especially in crowded urban areas and the most remote places, before new transmission lines are created."

The key is to rapidly trace and monitor those who have been in close contact with infected patients before they too become ill and spread the virus.

Locally, community reluctance sometimes remains strong, people are still dying of Ebola outside the healthcare system, some funerals are still conducted in secret, and new cases are detected in areas hitherto spared.

In Guinea, MSF have begun surveying the prefecture of Faranah after having received a number of cases from there at its Ebola centre in Guékédou. Other investigations are ongoing in the prefecture of Kissidougou.

An elderly woman had brought the virus from Monrovia in her remote village in Quewein, where she passed away shortly after her arrival. "When we arrived, there were already eight infected patients and two dead bodies" says Rob D'Hondt, water and sanitation expert. "It was simply impossible to handle for a village of just 400 inhabitants.”

In early February, one man returned from Monrovia to Margibi County, developed Ebola and then passed away. Several people that were seriously exposed to the virus by taking care of him have quickly been identified.

“It is sadly possible that some of them will become ill in the coming days. Now they must be monitored and supported” adds Maria Teresa Cacciapuoti. "We have to be flexible and constantly adapt to this unpredictable epidemic. We’ve been running behind Ebola since the beginning; today it finally seems possible to catch up. This is definitely not the time to rest.”