Dwindling supplies of fuel and medicine mean that Lebanon’s healthcare system is rapidly disintegrating as the country – which has been without a government for a year now – grapples with one of the worst economic crises in the world. Médecins Sans Frontières (MSF) teams are directly experiencing the consequences of the system’s collapse and are gravely concerned about the continued provision of essential healthcare services in the country.

Rationing of services and prioritising patients

“Hospitals are already having to ration their services and prioritise patients,” says Joao Martins, MSF head of mission in Lebanon.

“People could now die from totally avoidable, and otherwise easily treatable causes, just because hospitals don’t have electricity, the right supplies, or staff."

“The crisis in Lebanon has been driven by years of corruption, and now we are seeing that this can contribute to the destruction of an entire health system just as effectively as war or a natural disaster,” says Martins.

“The political vacuum in the country is not only the cause of this healthcare crisis, but is also blocking solutions to it. The authorities need to act now to avoid even worse consequences for people living in Lebanon.”

Shortages of diesel and fuel

The economic crisis has not only destroyed people’s purchasing power and led to unprecedented inflation but it has also choked off the importation of fuel to the country.

Hospitals have been experiencing daily power outages that last for hours because of cuts in the national electricity grid, and shortages of diesel fuel for their backup generators. 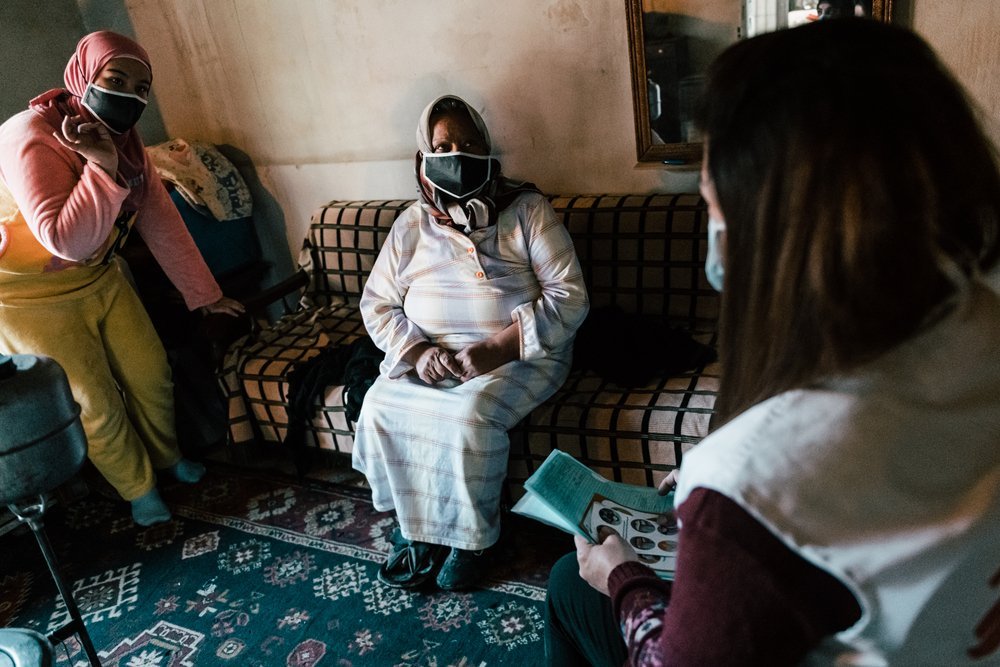 Karine Pierre/Hans Lucas for MSF Instagram: @pics_stone
The MSF team is visiting Fatima at her place to check on her health. For this 58-year-old Lebanese woman, who suffers from severe complications due to diabetes, making it through each day has become a real challenge.

MSF is not immune to these power shortages.

In our hospital in Bar Elias (Bekaa Valley), our teams recently faced a power cut that lasted over 44 hours across a three-day period, forcing our medical team to reduce surgical operations by 50 per cent for those days and to ration fuel use to ensure that they could respond to emergencies.

"People could now die from totally avoidable, and otherwise easily treatable causes, just because hospitals don’t have electricity, the right supplies, or staff"

In addition, our teams regularly rely on other hospitals for referrals, but this is becoming increasingly difficult as those hospitals are stopping non-emergency care to save on fuel.

For example, one of the public hospitals that our teams normally refer patients to recently informed us that they could no longer receive patients coming from our facilities, as they shut down their psychiatric ward to minimise power usage.

Lebanon is also experiencing a shortage of basic drugs and medication across distributors and pharmacies, most of which cannot be produced or made available locally.

In the past months, across different projects, our teams have received new or former patients who reported that public primary healthcare centres no longer have the necessary medicine for their treatments.

Some of these people had previously been stabilised by MSF and referred to the public system for long-term follow-up of their chronic conditions.

“It is extremely worrying to see people whose conditions were stable but are now deteriorating again because they have not been able to get access to the drugs they needed,” says Joanna Dibiasi, midwife activity manager for the MSF South Beirut project.

For the first time, public hospitals where we refer pregnant women for deliveries are also asking our teams to provide them with oxytocin and magnesium, which are essential drugs to treat possibly deadly post-partum conditions. 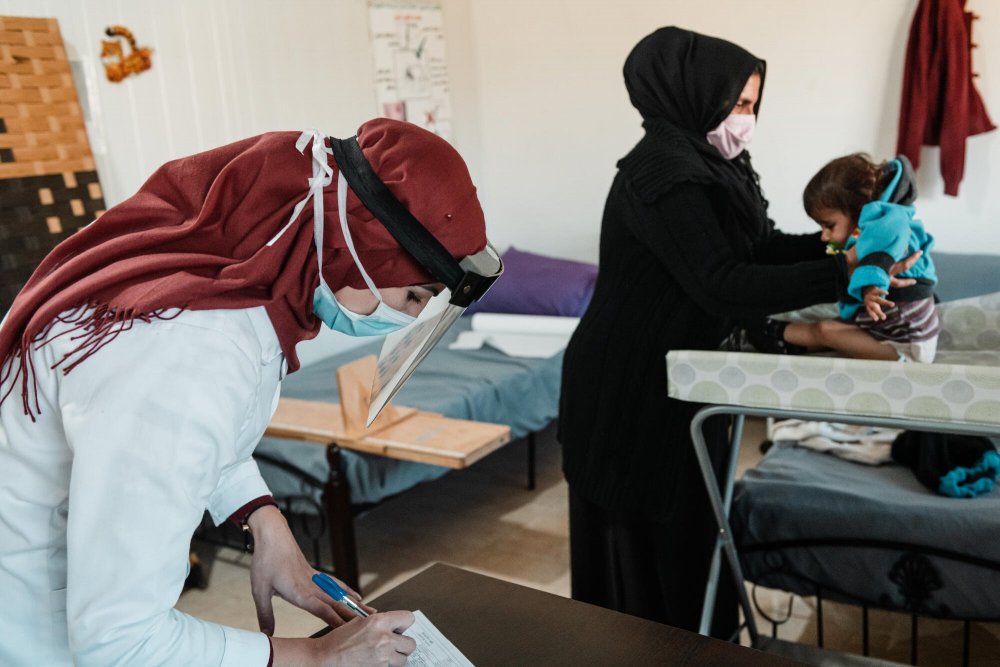 A mother and her child during a consultation in MSF's clinic in Hermel - where we offer medical care for patients with NCD's, acute paediatric consultations, sexual and reproductive health services and mental health support.

“Sadly, we do not always find ourselves able to support. The quantities in our clinics and stocks are limited and even if we manage to get an extra order it takes time because of the importation delays. Due to the complicated and often chaotic public system, shipments of drugs are often taking eight months to reach us, which is simply too long in the context of a healthcare emergency,” says Martins.

People are also no longer able to afford private medical care and there is a striking spike in the number of people seeking humanitarian assistance to access healthcare services.

Our teams are witnessing it first-hand in our clinics, as more and more people come in for free medical services and the overall level of vulnerability amongst our patient’s cohort is only increasing with people asking us for other forms of assistance like food throughout their medical consultation visits.

In our project in the Bekaa Valley, where we provide reproductive and mental healthcare as well as medical care for people with chronic diseases, we are witnessing an exponential increase in the number of people approaching us to access our medical services. 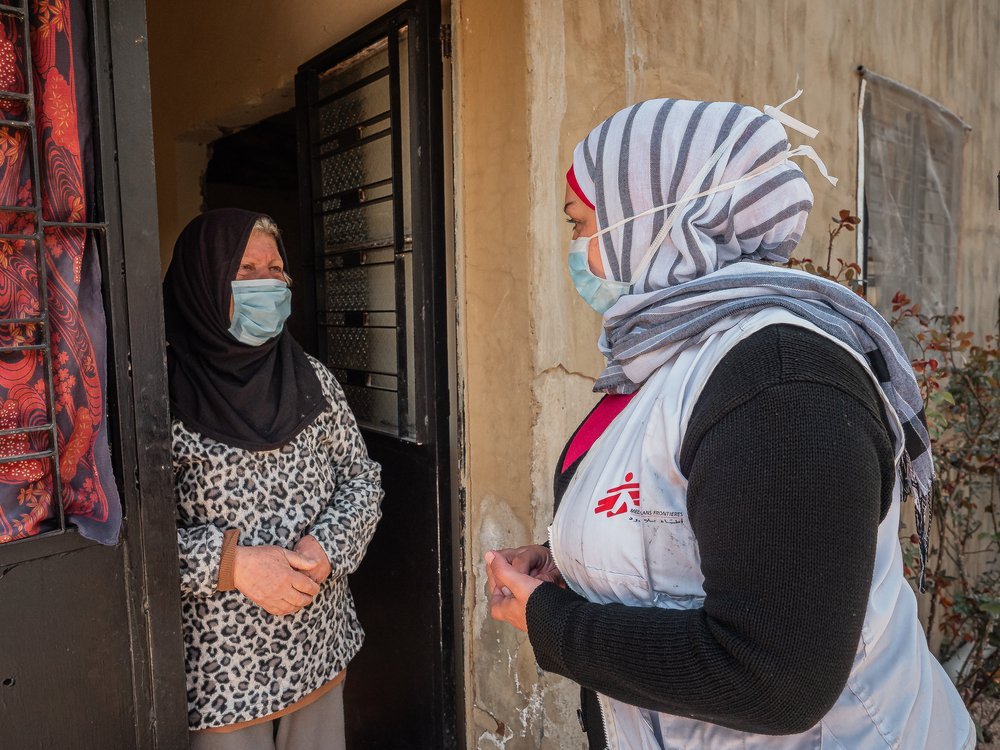 Tariq Keblaoui
Fawziyya Al-Sahili, 64, suffers from high blood pressure, diabetes (and osteoporosis). She regularly visits the MSF clinic in Hermel where she is examined and given the right medication.

The number of people with chronic health issues assisted by our teams increased by 60 per cent since the beginning of last year, and the number of Lebanese patients has doubled.

“We are currently following up and providing medical care to 3,500 chronic disease patients in the Bekaa Valley, specifically in Hermel and Arsal,” says Céline Urbain, project coordinator at MSF Bekaa project.

“This increase is alarming because we are reaching our limits in terms of medical personnel per patient, which can reduce the quality of care.”

A few months ago, we also witnessed a massive increase in women coming to our maternity clinic in South Beirut.

Pregnant women were lining up outside the facility and waiting for hours to be admitted and receive our free antenatal care and delivery services.

This posed risks for these women, and so our teams put in place a socio-economic assessment so that we could target the pregnant women in most critical need. 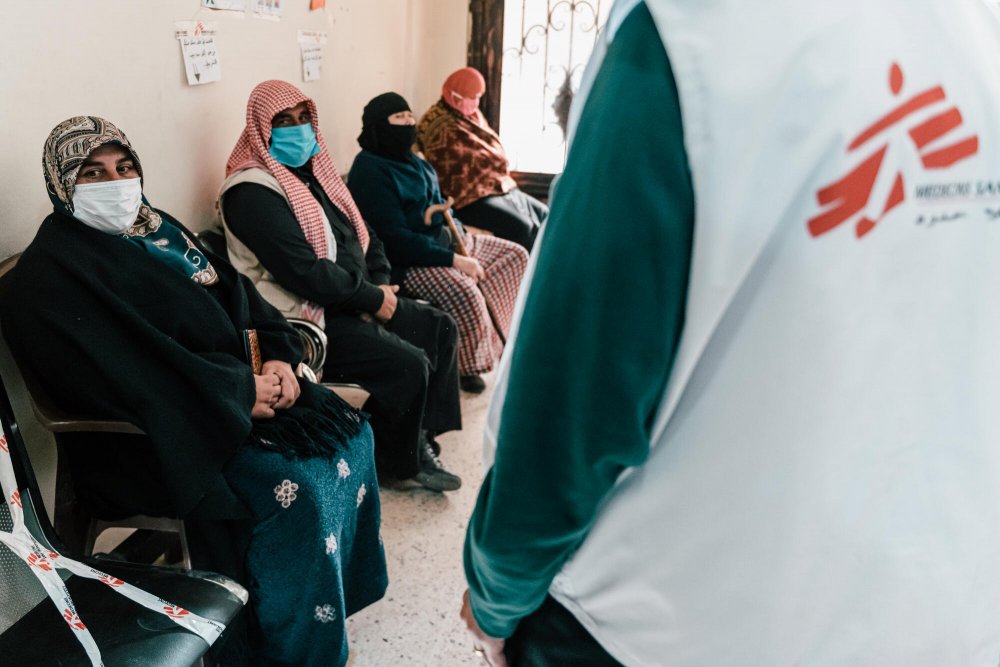 Patients in the waiting room of MSF's clinic in the Bekaa Valley, where we are witnessing an exponential increase in the number of people approaching us to access our medical services. Lebanon, December, 2020.

“While it is good that we provided help to those who had the least means to seek care elsewhere, we are painfully aware that we cannot help everyone,” says Dibiasi.

“We remain committed to delivering impartial medical care to the most vulnerable people to the best of our ability, but necessary action needs to be taken by the Lebanese authorities to ensure that essential medical services are provided to the people,” says Martins.

“They need to act so that medication, supplies and fuel are accessible in the country. Humanitarian actors cannot replace the health system of a whole country,” he concludes.