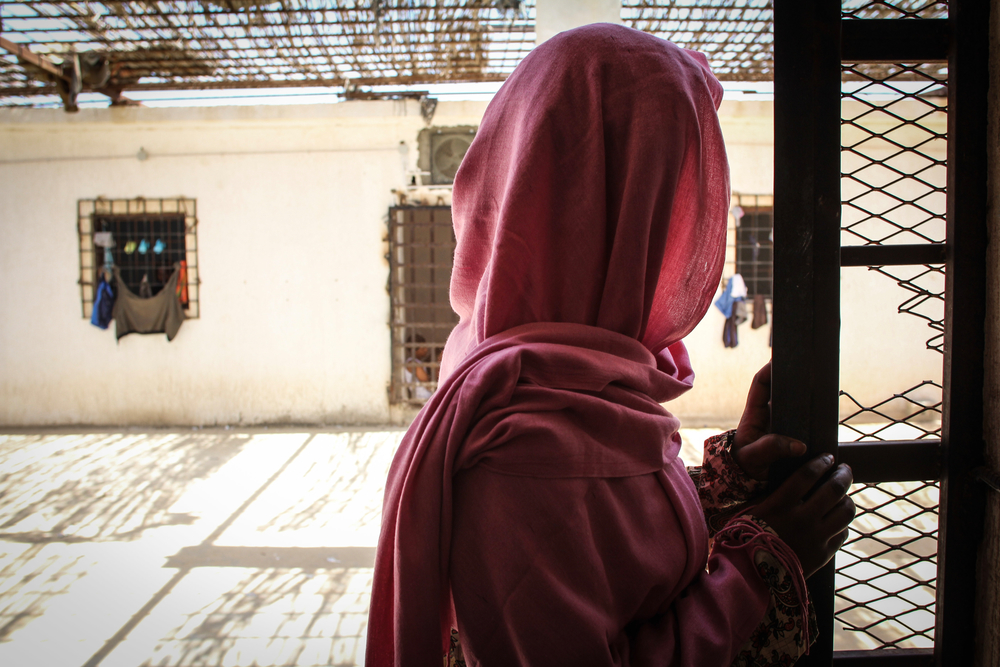 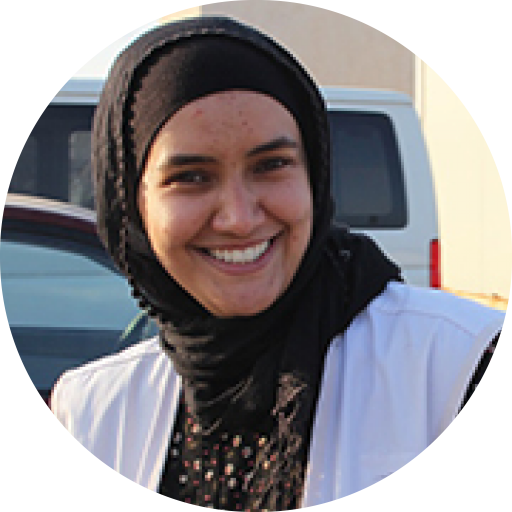 It was completely heartbreaking to see people caged up in the detention centres, standing behind bars. Their eyes were empty.

Yet when I spoke to them, every single person had a story.

There were child soldiers escaping a horrific life for a new beginning; people longing for an education or more opportunity for their family.

They would say to me, “I’ve done nothing wrong – why am I in a prison?”

In Libya, MSF is providing emergency medical care to migrants, refugees and asylum seekers who are caught in a cycle of violence and exploitation.

We have two mobile teams working across four detention centres located to the east of Tripoli, where people are held in centres under the authority of the Directorate for Combatting Illegal Migration. We also have an outpatient clinic in Misrata.

In Bani Walid, a region where the kidnapping of migrants and refugees and the use of torture for ransom are widespread, we regularly provide medical consultations in a compound for people who have been released or have escaped from the illegal prisons run by traffickers.

The patients there have often endured horrific torture and require ongoing care. We organise medical referrals to clinics and hospitals for the most severe cases.

The living conditions I saw in the official detention centres are shocking. 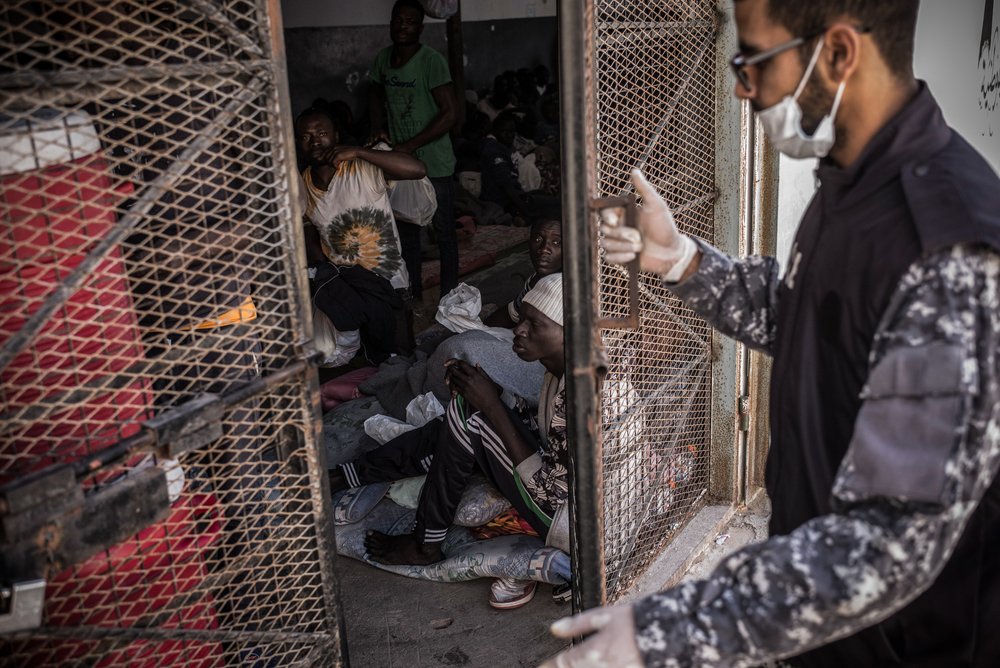 Guillaume Binet/Myop
A guard is closing the door of a detention centre cell.

We also have patients with old injuries from torture and wounds that have worsened due to a lack of treatment.

Many people are mentally broken and traumatised by what they have experienced, and by being held in detention indefinitely.

You might assume that people arrive in Libya quite sick from fleeing their home countries, but in reality, most of the physical health issues affecting people are directly caused by the horrific abuse and living conditions they are subjected to in Libya.

An endless cycle of suffering

On several occasions during my time working in Libya, our team was able to access disembarkation points, where we met people who were brought back by the Libyan coastguard after attempting to escape Libya by boat.

We assessed their needs and handed out hygiene kits, which contain shoes, underwear, towels, washing detergent, toiletries, and feminine hygiene products for women.

We then referred serious or complicated cases to the hospital. The remainder of the people were taken to detention centres by the authorities.

In Libya, I became aware of the devastating cycle within which migrants, refugees and asylum seekers became endlessly trapped between the sea and detention.

I started to see the same people turning up in the boats at disembarkations. As soon as they were brought ashore, people were trying to organise the next boat out.

There was one patient, a little girl of around eight years old, who was among a group of people I met at a disembarkation point. I told her that when I visited the detention centre that her family would be assigned to, I’d bring her some shoes that were her size.

When I arrived, she came skipping through the yard to meet me – then I noticed her mother standing behind her with their belongings. I looked around and there were 20 people, all grabbing belongings and walking to waiting cars.

The girl said, “We’re going to live in a house in Tripoli!”

I had no clue where they were going - possibly to be better off than held indefinitely in a detention centre. I clung to that idea, even though there is also a risk of forced labour and human trafficking. 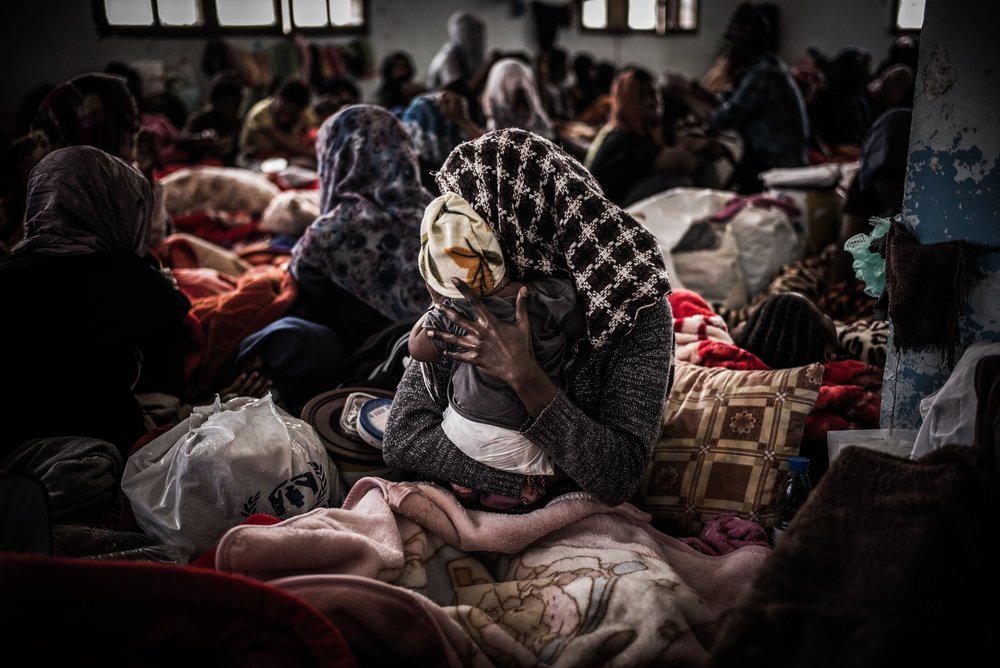 This was a common occurrence, and it was happening to everyone – men, pregnant women and babies.

I knew their names and I knew their faces; I’d built up a relationship with these people as we had cared for them over time.

We would attend a detention centre one day, and the next day people would be missing. They had disappeared in the night. Some people would say, “Please send me to a hospital, because I don’t think I’ll be here tomorrow if you don’t.”

It is an ongoing challenge for us to reach people who need our care in Libya; there are so many blind spots. We need to constantly negotiate with the authorities to maintain access to the detention centres.

Sometimes, the guards will conceal patients by only bringing certain people to the consultation rooms for us to treat. The follow-up of patients is extremely difficult when we can’t trace where they have been moved.

If MSF wasn’t in Libya providing care, many of these people would likely have no access to medical treatment.

We can’t free people from detention. But, being there and treating someone for a severe wound or a chest infection, and listening to their story, I could see that we’d at least done something to help that individual in this awful situation.

It’s also our responsibility to share these stories, to expose this terrible cycle of violence that European countries are deliberately feeding in the name of managing migration.