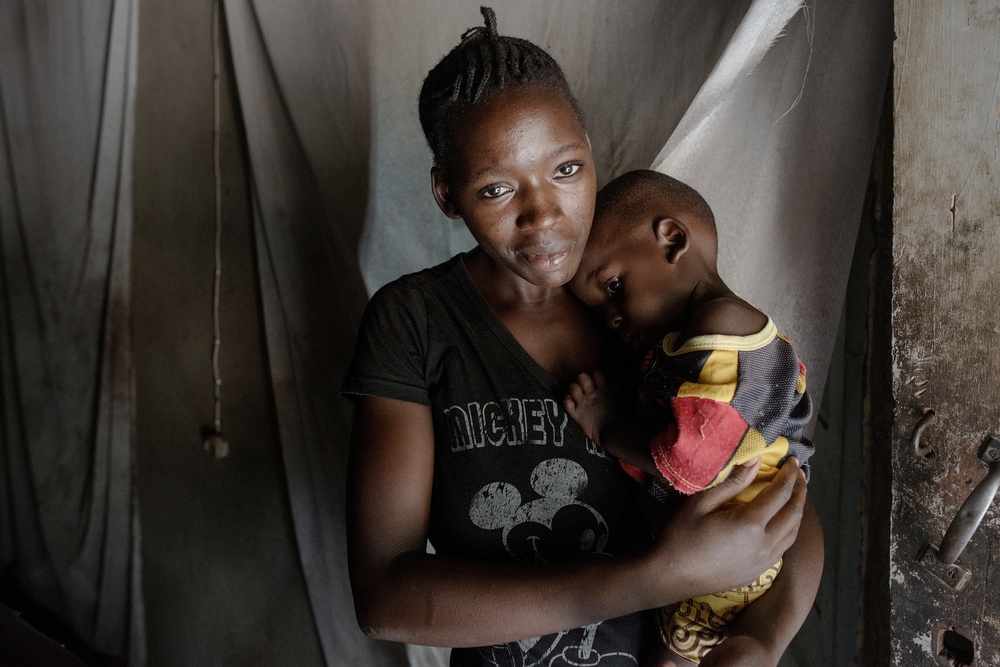 There are many ways to steal water. Close a tap. Block access to a river. Drain a well. Or, more viciously: steal life out of it. This is what cholera does.

It secretly poisons even a pure looking stream. It creeps into its victims when they drink or eat food that they thought they had cleaned. And once inside their bodies, it keeps on looting: it siphons water, making it gush out, from vomit and from diarrhea, continuously, relentlessly.

In the most extreme cholera cases an adult can lose up to twenty litres of water in just one day. Death is quick to follow.

According to official statistics 55 people have died and over 7,400 have been infected in the current outbreak sweeping through Mozambique since early February. A third of the cases have passed through cholera treatment centre (CTC) of Tete city, one of three such centres set up by MSF and co-managed with Mozambican authorities.

While the number of cases is now quickly decreasing in Tete, cholera is flaring up especially in Zambezia province in the opposite eastern coast, which has recorded 1.100 cases in the past three weeks according to official figures.

A CTC is a place that smells just like a municipal swimming pool early in the morning; a place where the water thief comes to die at the hands of an army of cleaners, masks on their faces to avoid the splitting headaches from the chlorine continuously scrubbed on the floors, beds, clothes, hands.

Cholera can kill 50% of the severe cases; but with proper treatment, where the dirty water that cholera sucks out of the patients is replaced by clean rehydration liquid, mortality drops to below 1%.

By early March, in the first two months of MSF's operations, over 3.000 people had been treated and cured in this CTC. For the people in Tete, life or death partly depended on how quickly they could get there once the symptoms start.

Cholera: This is their story

It's 8 am and David Domingos anxiously waits in front of the CTC, along with about forty people. He's been sleeping outside of the centre for the past two weeks. At first his two oldest children were being treated there. The day they were discharged, his toddler was admitted. Now it's his wife.

Suddenly the crowd parts to make way for a battered pick up truck carrying cholera's fresh batch of victims. Two moms climb out holding their children, little ragged dolls knocked almost unconscious by the vicious attack. They came as quickly as they could, they say; but there is not much you can do when your little one starts showing symptoms in the middle of the night.

Luca Sola
Rofina with her son, Helquer, 2 who was treated in MSF's Cholera Treatment Centre in January.

Quick, quick, hold them tight, walk and run for the hour or so that it takes to go to the nearby health centre, sandals batting desperately on the muddy streets. And there you wait, you wait, you wait until a car is sent, until the car drives out toward Tete city, as fast as it can go through the broken streets. They came as quickly as they could, they say.

Three year old Mauro is critical. The veins in his limbs have collapsed – the body knows that when it is so much under attack, it has to ration the little life that still flows to only feed the vital organs. The nurse gently taps his skull, where blood is still weakly pumping, looking for a way to insert an IV that will replace the water that cholera drained off Mauro during the night.

Serita, his mother, came as quickly as she could, she says. But she came too late. An hour after her arrival, she is a childless mother.

There was still time for 1.5 years old Midio. An IV on his ankle stabilizes him, and six hours later, he is sitting up on his mother's lap, eating porridge. He's back home after a few days – but back to a home where he got the disease in the first place.

Little Mauro lived in Samora Machel bairro, one of the settlements half way between little town and big village that recently sprung into existence along with the local mining boom. Tens of thousands of people from the rest of Mozambique or neighbouring Malawi and Zimbabwe streamed in, looking for work, but basic services were much slower to follow.

The perfect way for cholera to spread

As most houses here don't have latrines we spot a couple of little kids squatting in the bush near the river.

"Fecalismo", they say in Mozambique, or open defecation, the perfect way for cholera to spread. There are public toilets on top of a small hill, but the large pipe connecting it to the septic tank has a hole as big as a fist.

It will just take some rain for waste to be washed down thirty metre downhill and for cholera to creep into the water pouring out of the communal tap through a leaky water pipe. In Mozambique only 37% of the rural population has access to improved water sources.

Cholera is seen as a shameful disease, because it's spread through faeces.

It strives in places where too little has been done to protect the purity of water sources, and it can spread incognito: whilst cases are starting to go down in Tete city, they are now spreading deeper into the countryside, along the tranquil Zambeze and its network of rivers where many villagers get their drinking water from.

"But is the river the guilty one ?", asks Renato Souza, MSF's emergency coordinator on the cholera response.

The large village of Dégué, 45 minutes away from the urban boom of Tete city, wouldn't strike anyone as a dirty place. Its mix of brick, mud and wood houses are neatly swept, not a bit of trash around.

At midday most men are working on their maize fields, but a crowd of women and children quickly gather in the shade of a thick baobad tree in response to MSF counsellor Gabriela Fernando on the megaphone, one of 150 workers from MSF and the ministry of health charged with explaining how to avoid the disease. "People of Dégué ! Protect yourself from cholera!".

People attentively listen to Gabriela, ask questions. They know all too well that the invisible water thief is among them: within the last week, five people, all of them children, have been hit by the disease. One died, an eight year old.

Gabriela starts explaining how to use Certeza, the chlorine solution she's about to distribute to clean the water, when the meeting is suddenly interrupted by a stampede. "Black mamba ! Black mamba!".

A woman jumps on the small stone wall where people where sitting, tries to coax the snake out of its hole, then the crowd settles back. "Did the snake come because we forgot to do a traditional ceremony before starting this meeting?", ask Gabriela. "No, no", say the villagers, "he lives there. Go on". Life can be tough in Degué, and cholera doesn't make it easier.

Luca Sola
Francisco Saene, 77, in his home in Dégué village.

77 year old Francisco Saene ambles out of his house. He's weak, finishing a bout of malaria, but is eager to talk. Two of cholera's victims lived a strong stone throw away: a mud house 30 metres north, a little brick one 50 metres south.

Does it frighten him ?

"I can't afford to be frightened", he says. "If I get sick, there would be no one to take care of me. I can't lose my head".

Is it the first time he's heard of cholera ?

The source of the cholera outbreak here seems obvious though: everybody drinks from the same water pump, two hundred metres from where the black mamba lives. A few days later MSF sends a water specialist to kill cholera with chlorine, put life back into the neighbourhood's water source.

It costs about 90€ to abate the wind.