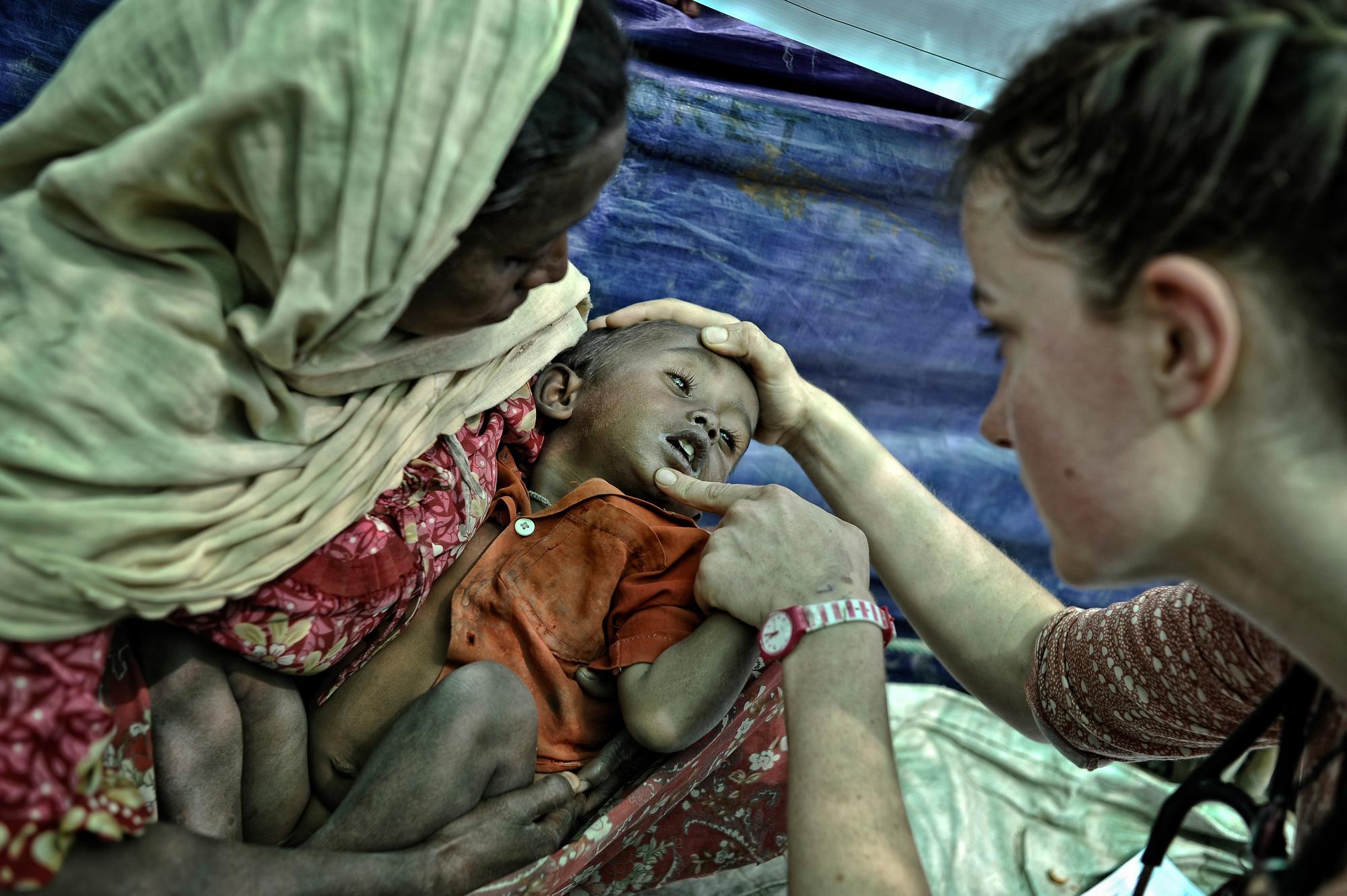 Since Médecins Sans Frontières Holland (MSF) was ordered to suspend all activities in Rakhine State on February 26, the organization has been engaged in high-level discussions with the Union Government of Myanmar on the need to maintain essential medical services for the many hundreds of thousands of vulnerable people in the state currently facing a humanitarian medical crisis.

MSF International President Dr Joanne Liu arrived in Myanmar on March 16 to participate in the discussions and was invited to take part in a recent high-level Union Government and joint UN-INGO visit to Sittwe, Mrauk U and Minbya in Rakhine State.

“I have been encouraged by the open dialogue in the last few weeks on how MSF can work more closely with the Ministry of Health to deliver vital life-saving medical assistance to the people of Rakhine,” Dr Liu said.

“I was also able to have productive conversations with authorities and community leaders about working with them to improve mutual understanding and acceptance of MSF activities in the state, which remains a serious challenge.”

Helping the most vulnerable and hardest to reach

Prior to the suspension, MSF Holland provided medical services to a population of approximately 700,000 people, including almost 200,000 displaced people living in camps and isolated villages.

More than 500 staff supported the provision of health services at over 30 sites in the state, including 24 camps for displaced people, treating anyone who was unable to access the medical attention they require. All MSF programmes are based on medical need alone and assist the most vulnerable people and hardest to reach communities.

Based on consultation numbers for the last quarter of 2013, it is estimated that in the three weeks since the closure of MSF Holland’s clinics, 25,000 consultations would have been carried out, including more than 5,300 for children under five years old.

In addition, it is likely that an estimated 40 children would likely have been enrolled into feeding programmes for malnutrition; MSF Holland could have facilitated 223 emergency referrals; 1,471 pregnant women could have received ante-natal care; and 1,500 family planning consultations have been missed.

During her time in Rakhine, Dr Liu also visited several medical facilities struggling to cope with the sudden suspension of MSF Holland services.

“MSF Holland was the largest and widest reaching INGO working in health in Rakhine and has been present for 20 years,” Dr Liu said.

The focus of the ongoing high-level discussions is to restart medical activities, beginning with life-saving services such as emergency hospital referrals and ensuring that treatment for MSF’s HIV and TB patients in Rakhine is not interrupted.

“Even before the suspension of MSF Holland’s activities, medical services in the townships where MSF was operating were not meeting the needs of all communities,” Dr Liu said.

“The scale of these needs is such that the contribution of MSF in collaboration with other actors, particularly the Ministry of Health, will be essential for the foreseeable future.”

With the rainy season approaching, any reduction in healthcare in Rakhine is of a particular concern and MSF Holland played a key role in previous responses to outbreaks of infectious diseases in the areas in which the organisation worked.

“It is imperative that the next stage of discussions focuses on finalising concrete plans to address all the medical needs of vulnerable people in Rakhine,” said Dr Liu.

“We look forward to continuing a constructive dialogue with both Union and State authorities as well as local communities towards achieving this shared objective.”

MSF has been providing health care in Myanmar since 1992 to millions of people from many ethnic origins. Across Myanmar, MSF provides over 30,000 people living with HIV/AIDS with life-saving anti-retroviral treatment as well as over 3,000 tuberculosis patients. It was among the first responders to cyclones Nargis and Giri, providing medical assistance, survival items and clean water sources for hundreds of thousands of people.