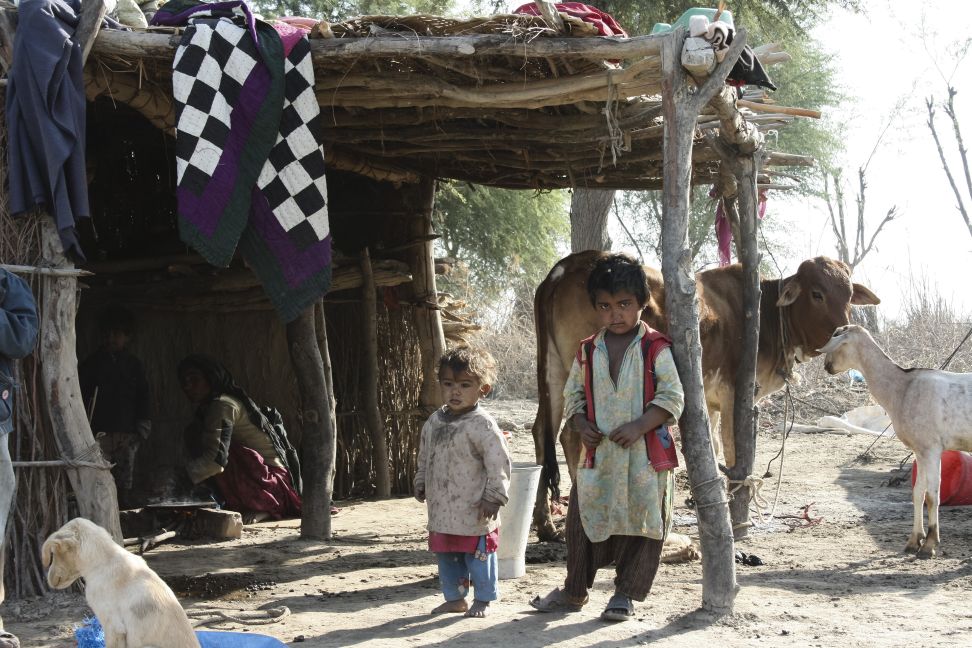 In the coming days, an MSF team of 13 will  launch mobile clinics in camps for people displaced from their homes in southern Badin district, in the sub-districts of Tando Bago, Dadah and Chabralo.  The MSF team has conducted assessments throughout Badin district in the past week.

“We saw roads that were partially flooded, the roadsides lined with makeshift tents made of plastic sheeting where displaced people were taking refuge. There were no latrines to be seen,” says Dr Erwin Lloyd Guillergan, MSF’s emergency team field coordinator.

“In such poor hygiene conditions, people are especially vulnerable to respiratory tract infections and water-borne diseases.”

In the camps for displaced people, there is a need for medical care. Acute watery diarrhoea, suspected malaria, skin infections and respiratory tract infections are all common, while some children are suffering from suspected malnutrition.

In those camps which the MSF team visited, supplies of clean water and toilets were either non-existent or limited, with people often being obliged to defecate in the open.

The team will continue to identify the unmet needs in Tando Bago, Shahid Fazul Rahu and other sub-districts in the coming days. MSF’s team in Sindh province currently has four international staff and nine Pakistani staff, but they will be reinforced in coming days by additional staff.

Beyond Sindh province, existing MSF teams are working throughout the country, preparing to respond to the humanitarian needs caused by the flooding.

Since 1986, MSF has been working in Pakistan with Pakistani communities and Afghan refugees who are the victims of armed conflict, of a lack of access to medical care and of natural disasters.  Our teams are providing free emergency medical care in Kurram Agency, Hangu and Peshawar, in the Lower Dir, Malakand and Swat districts of Khyber Pakhtunkhwa Province, and in Baluchistan and Sindh provinces.

MSF's programmes in Pakistan are funded exclusively with private contributions and no government funding.