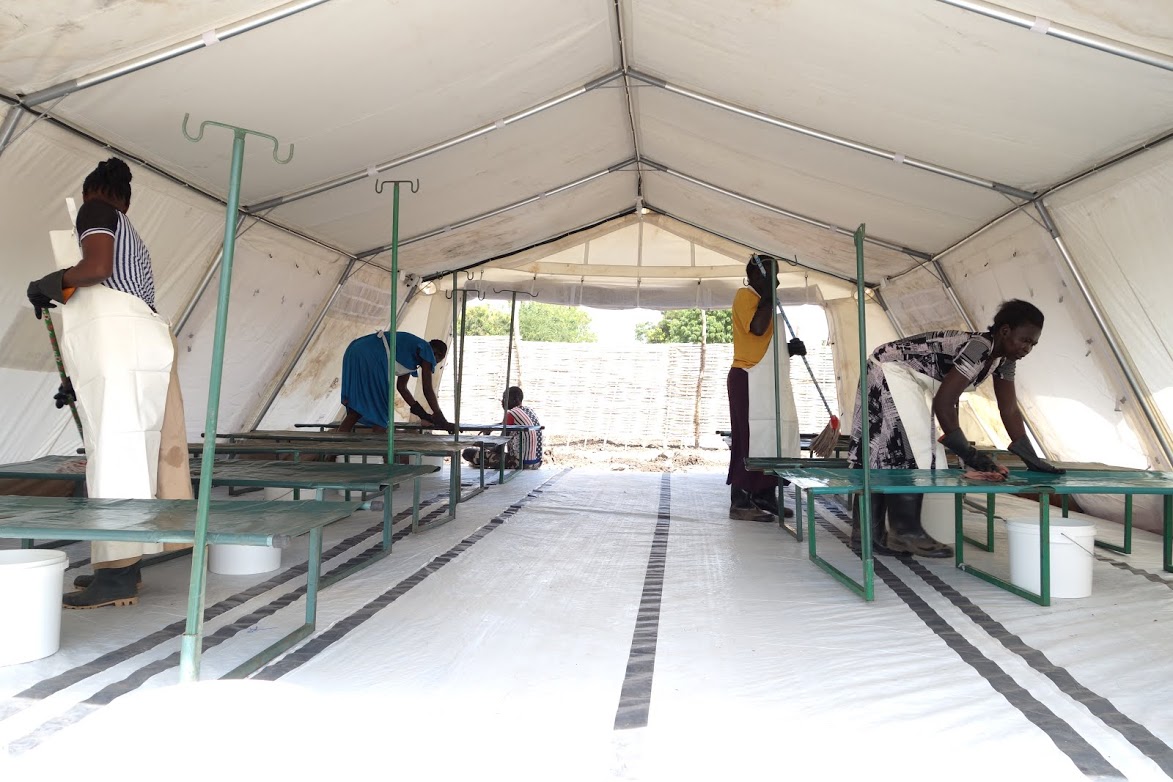 A new Cholera Treatment Centre has been opened in Juba in response to a quickly growing need.

In collaboration with local health authorities, Médecins Sans Frontières/Doctors Without Borders (MSF) has opened a Cholera Treatment Centre (CTC) in Juba in response to an outbreak of cholera declared by the Ministry of Health on June 23.

A spike in the number of cholera cases

The 800 square meter facility is located in the neighborhood of Munuki, Block A, and is designed to be expandable up to a 150–bed capacity, if necessary.

As of July 7, 710 cases and 33 deaths have been reported in the South Sudanese capital by local authorities and the World Health Organization (WHO).

“Residents who suspect they may be suffering from cholera can receive free, high-quality medical treatment at this facility,” says Paul Critchley, Head of Mission for MSF in South Sudan.

“This is a modern treatment center built to high standards in coordination with the Ministry of Health, which leads the Cholera Task Force. This center is providing an urgently-needed medical service to the community.”

A treatable but severe, infectious disease

Cholera is a water-borne bacteria which causes profuse diarrhea, vomiting and rapid dehydration.

It is treated by replacing patients’ fluids and electrolytes, either intravenously or with a rehydration solution which patients are able to drink.

“People in the community experiencing these symptoms are urged to seek treatment for possible cholera as soon as possible once symptoms occur.”

MSF has taken extensive measures to provide a high level of medical care to patients.

Modern CTCs not only provide quality medical care, they also protect the health and safety of the local communities in which they are built.

MSF has employed over 130 South Sudanese staff in the construction and operation of the CTC.

MSF is also supporting the state ministry of health response to suspected cholera cases in Bor State Hospital, in Jonglei State, where 59 cholera cases and one death have been reported.

Extensive experience of cholera and other health needs

In a separate outbreak of cholera in South Sudan last year, MSF treated over 3,300 patients – more than 50 per cent of all confirmed cases in the country that year.

As a leading international medical organisation, MSF has extensive experience responding to cholera outbreaks, treating over 45,000 cholera patients globally in 2014.

MSF is one of the largest medical and humanitarian aid providers in South Sudan with more than 3,100 staff operating projects in six of the ten states of South Sudan.