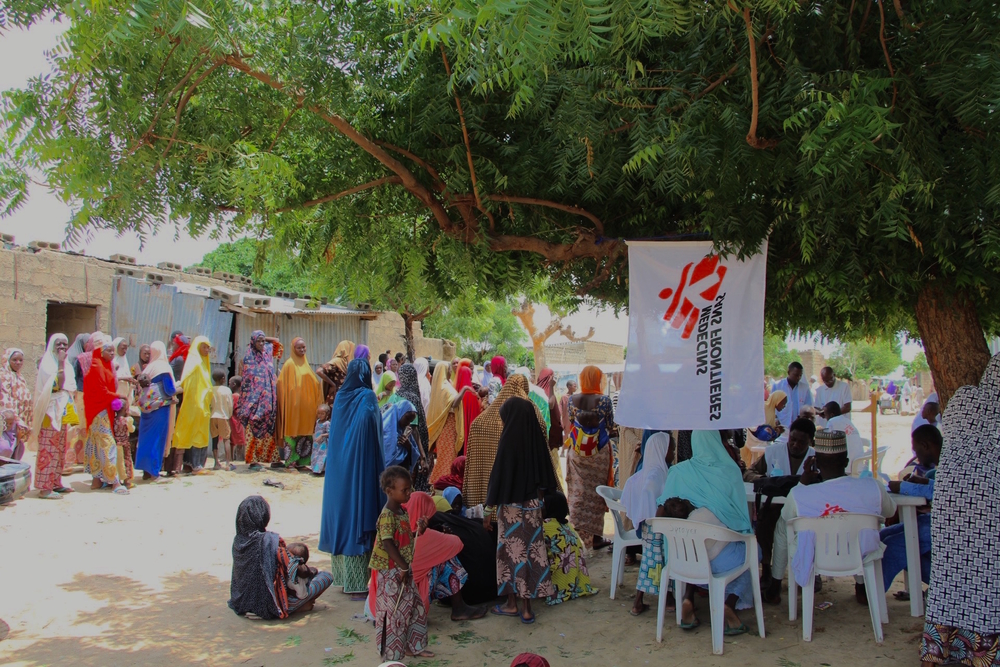 Ten years and counting: Needs in northeast Nigeria remain dire after a decade of conflict

It has been 10 years since an insurgency began in northeast Nigeria, with armed opposition groups fighting the Nigerian army. A decade on, the conflict is far from over and civilians are caught in the middle.

People continue to be forced from their homes by the violence and many displaced families now live in camps either operated by the state authorities or informally set up alongside local communities.

The majority of the displaced are women and children who are heavily depending on humanitarian assistance for survival. It is estimated that 1.8 million people have been displaced across the northeastern states of Borno, Adamawa and Yobe.

Since 2009, increasing levels of insecurity and forced displacement in Borno have continued to disrupt people’s lives. Médecins Sans Frontières (MSF) began responding to the crisis in 2014, but the wider humanitarian response was slow to start. In 2016, MSF raised the alarm in Bama, Borno state, as teams there witnessed high levels of malnutrition.

Although the amount of humanitarian aid has increased in the past few years, gaps in support for displaced communities have not been adequately addressed. Many areas of Borno remain very insecure today, which makes providing assistance difficult.

Humanitarian workers can only work in so-called ‘garrison towns’ (enclaves controlled by the Nigerian military) and cannot access other areas outside military control. Yet people’s needs remain unmet even within these garrison towns. This has forced some people to leave the relative safety of the camps, risking their lives to seek food and firewood outside the security perimeter.

"We all have to beg, including my children, and work menial jobs to survive. There is no assistance coming our way."

RABI MUSA, A 50-YEAR-OLD MOTHER OF 10 CHILDREN LIVING IN AN INFORMAL CAMP FOR DISPLACED PEOPLE

Hundreds of thousands of people depend on humanitarian aid for survival

In the formal camps, restrictions on freedom of movement undermine opportunities for self-reliance and prevent people from farming or growing crops, making them heavily dependent on humanitarian assistance for survival. This is compounding the long-term physical and psychological traumas of having lived through a decade of violence.

In the informal camps, people are crammed on to small patches of land, with little infrastructure or humanitarian support to ensure their basic needs are met. Many families sleep in tiny huts made of plastic sheets or torn-up clothing and fabric, unable to withstand even brief spells of rain. 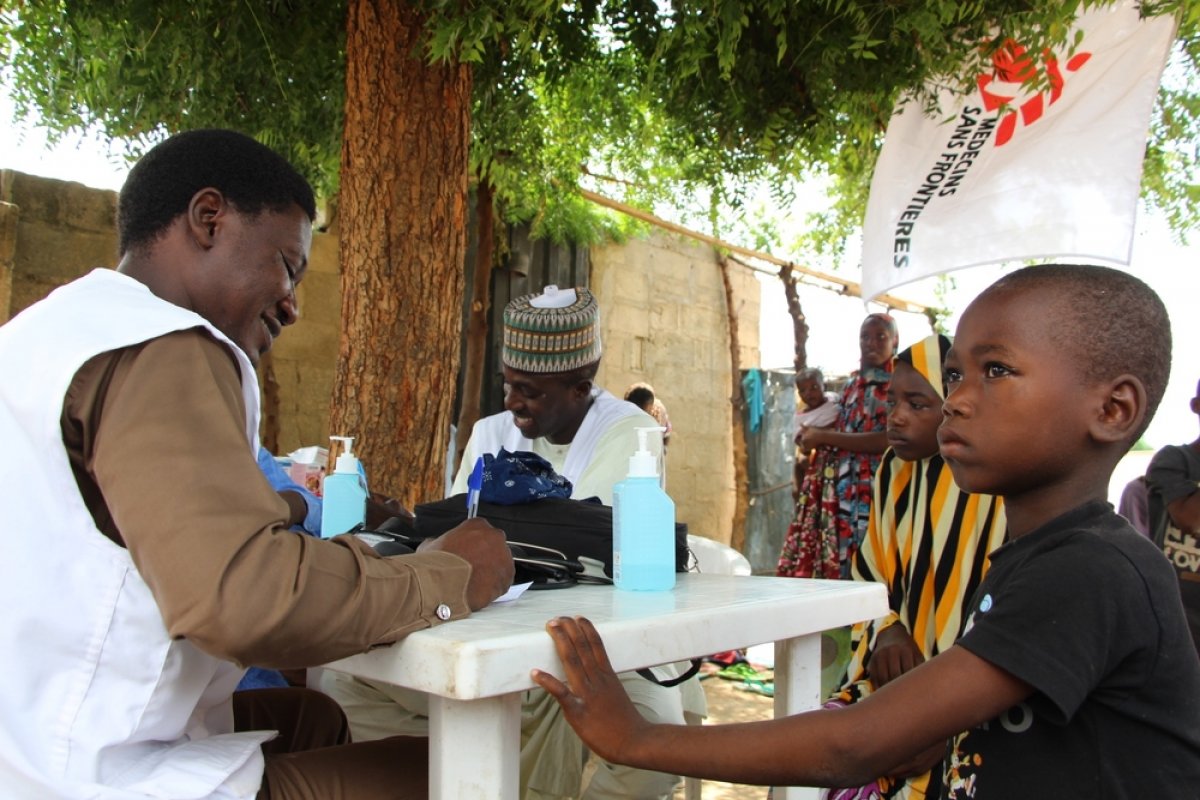 Yuna Cho/MSF
Maiduguri, the capital city of Borno state, hosts around one million displaced people from across the region. Many of them live in the camps informally set up where basic needs such as shelter, food, hygiene facilities and healthcare are insufficient and people are living in dire conditions.

“Since we arrived in this camp eight months ago, we haven’t had any latrines we can use. We all have been defecating in the open, usually running to the nearby bush,” says 40-year-old Lami Mustapha. She has been living in an informal camp in Maiduguri, the capital of Borno state, with her eight children.

Rabi Musa, a 50-year-old mother of 10 children also told MSF that life at the informal camp was not easy. “We all have to beg, including my children, and work menial jobs to survive. There is no assistance coming our way.”

“In the past six years I’ve been forced to move three times. The first two times I was fleeing violent attacks, and then the third time because of difficult living conditions,” recalls 30-year-old Yakura Kolo, living with five children in a camp for displaced people.

"In northeast Nigeria, people are still exposed to a high level of violence and traumatic experiences in a conflict that is far from over."

Massive needs even in the state capital, Maiduguri

In Maiduguri, an influx of displaced people from across the region has led to the population doubling from one to two million. While most aid agencies and much of the humanitarian aid is concentrated here, the needs are massive and health services still do not have enough resources.

MSF runs the largest therapeutic feeding programme in the Fori district of Maiduguri, caring for severely malnourished children with medical complications. Up to 300 children are admitted every month.

In May and June 2019, MSF saw an increase in the number of malnourished patients as people do not have enough food to last them through the period between harvests, known as the ‘hunger gap’. MSF was unable to admit several people as the feeding centre had reached full capacity. 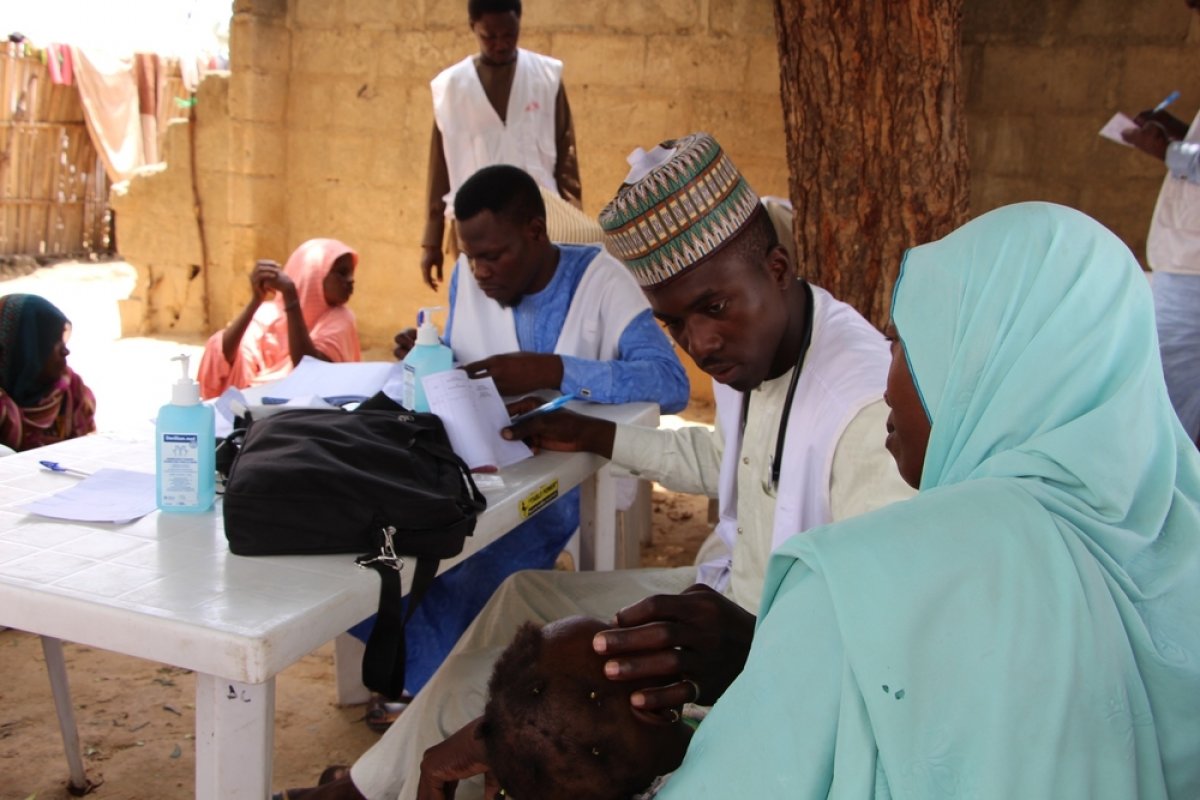 Yuna Cho/MSF
Maiduguri, the capital city of Borno state, hosts around one million displaced people from across the region.

In Gwange district, MSF runs a paediatric hospital for Maiduguri residents and displaced people, with an intensive care unit that can also respond to outbreaks of infectious diseases. In 2019, more than 3,000 children with measles were admitted and treated at the Gwange hospital.

Over 750 people arriving in camps outside Maiduguri every month

Outside Maiduguri, MSF provides much needed medical care in the towns of Pulka, Gwoza and Ngala, including primary and secondary healthcare, treatment for malnutrition, maternity services and mental health support.

“Being the only secondary healthcare facility for the entire area, we are struggling to absorb an increase in patients and a deterioration in health due to seasonal factors and poor living conditions,” says Ewenn Chenard, MSF project coordinator in Ngala.

“In the camps here, an average of over 750 people are arriving every month. Over 60,000 displaced people are now living on less than a square kilometre of land, most of them under poorly made makeshifts shelters that are easily damaged by strong sand winds and heavy rainfall.” 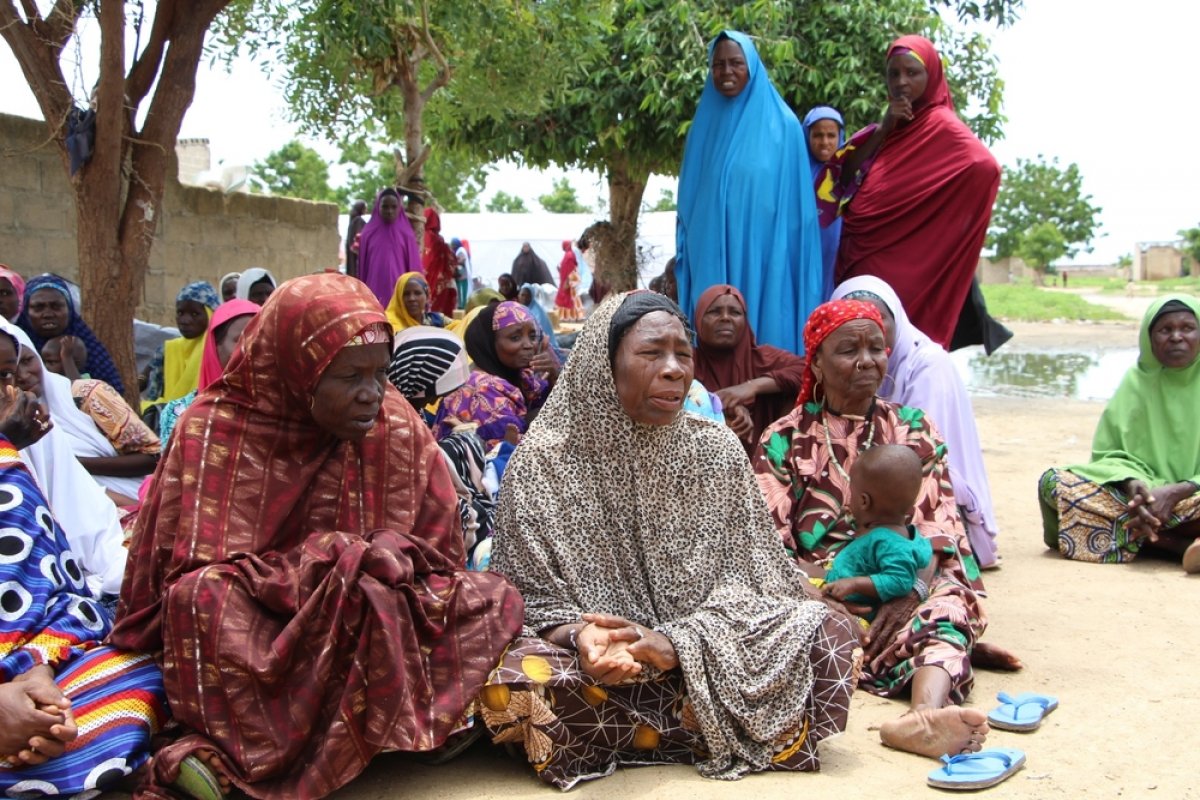 With the arrival of the rainy season, the health of displaced people is expected to worsen. There is likely to be an increase in malaria cases and people who have not received prevention treatment are particularly vulnerable.

MSF has started to treat malaria patients at its clinics in Maiduguri, where the number of beds has been increased from 80 to 210. In addition, a seasonal malaria chemoprevention campaign is being implemented in Banki, Bama, Rann, Ngala and Pulka, to provide high doses of antimalarial drugs for children between three months and five years of age.

Across Borno, flooding during the rainy season has caused a deterioration in hygiene facilities. The lack of clean water is further worsening the vulnerability of people, especially children, to waterborne diseases, such as cholera.

MSF has set up cholera treatment centres, with 100 beds in Maiduguri and 60 beds in Ngala, to quickly respond to the potential outbreak.

“In northeast Nigeria, people are still exposed to a high level of violence and traumatic experiences in a conflict that is far from over,” says Luis Eguiluz, MSF head of mission for Nigeria. “Their suffering and vulnerability is extended in the camps for displaced people, where immediate humanitarian needs are not being adequately addressed.”