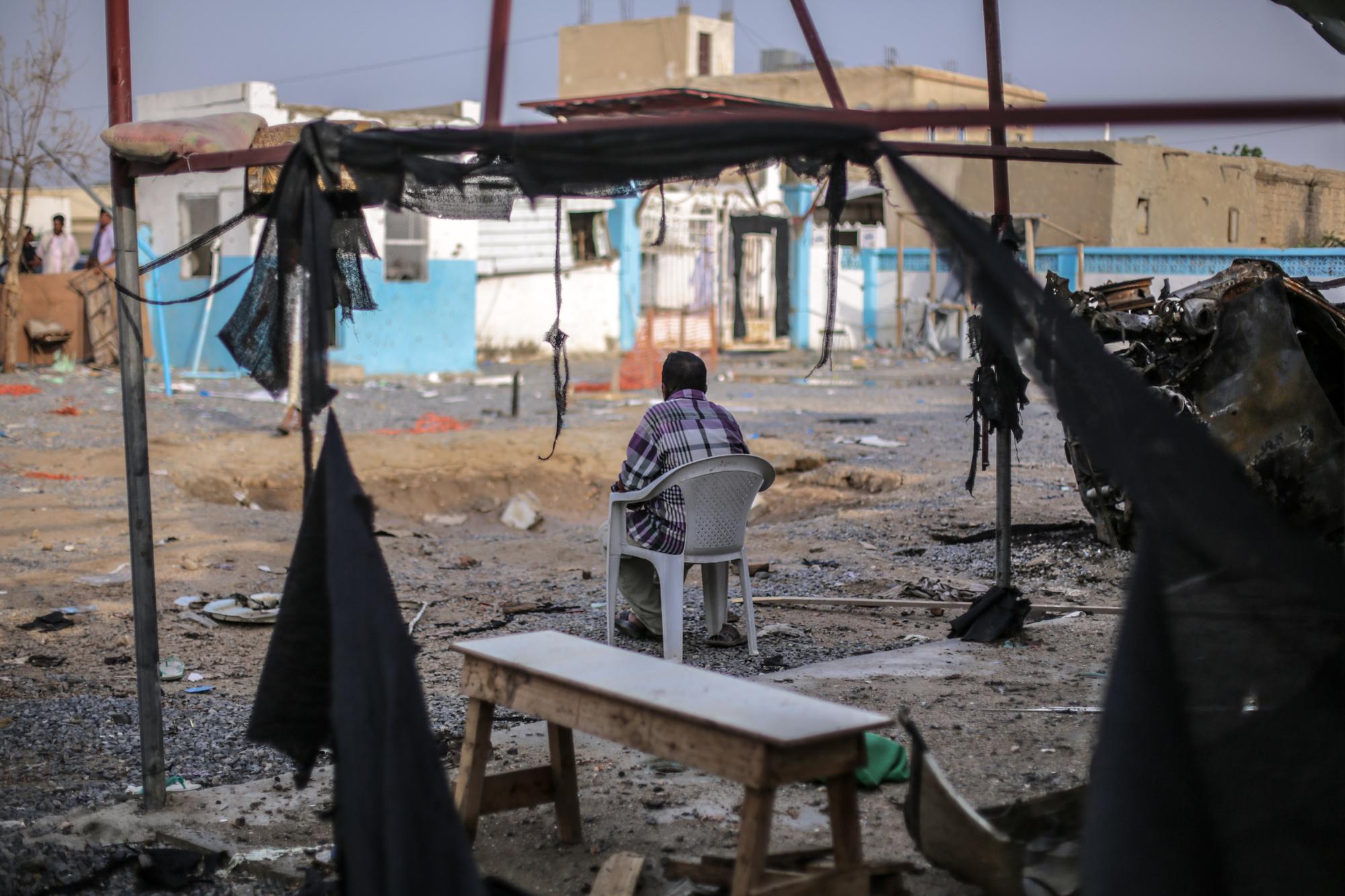 MSF is extremely concerned about the recent declaration made by the official spokesperson of the Joint Incidents Assessment Team (JIAT) on Yemen, Mansour Ahmad Al-Mansour, on the bombing of Abs hospital, in Hajjah governorate, on 15 August 2016.

This public declaration does not reflect the conversations MSF had in Saudi Arabia with the JIAT and military forces after the attack. MSF also conducted its own investigation into the incident, which has been shared with Saudi authorities.

The report is available here.

Following JIAT declarations, MSF would like to stress the following:

Firstly, that Abs hospital was identified by a large logo (dimensions 2 m x 5 m) painted on its roof and that the hospital was functional and its location well known.

Secondly, that the car which was targeted was already inside the hospital compound when it was bombed. In fact, the car – carrying at least one injured patient– had travelled through unpopulated areas for more than 10 km before arriving at the hospital, where it was parked at the entrance of the emergency room for several minutes before being targeted. So there is no possibility that the car was “shelled immediately" after the first attack as claimed in the public declaration. 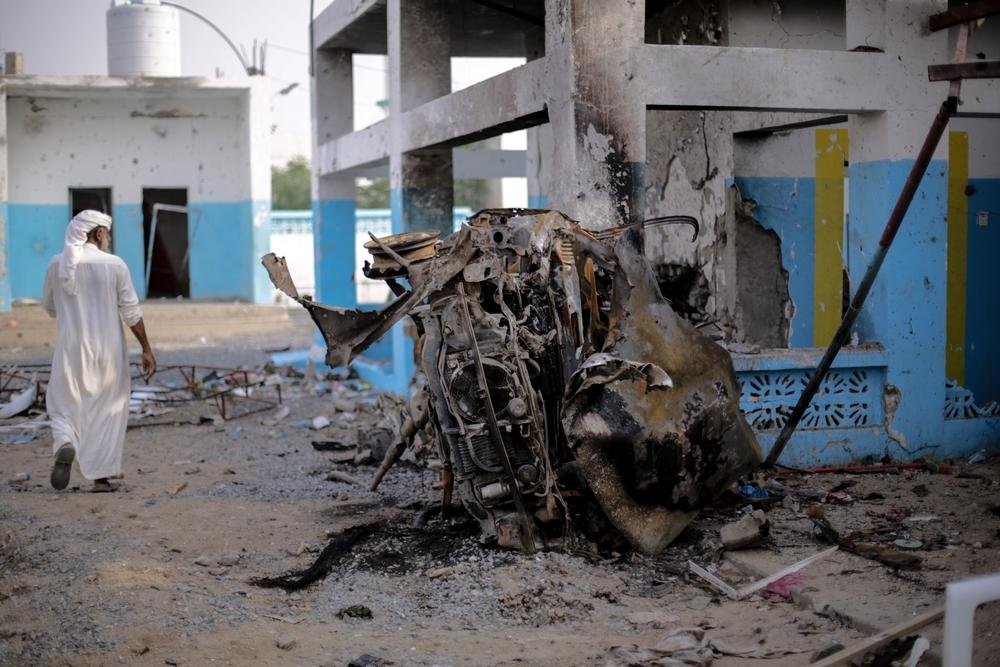 Rawan Shaif
The charred remains of a car smoulders next to the emergency room building of Abs hospital where a 15 August Saudi-led coalition airstrike hit. The bombs all fell with precision within metres of each other suggesting that guided missiles were used in a targeted attack which killed 19 and injured dozens more.

Thirdly, the JIAT statement refers to seven fatalities. In fact, 19 people died in the incident, including one MSF hospital worker, while another 24 were injured. 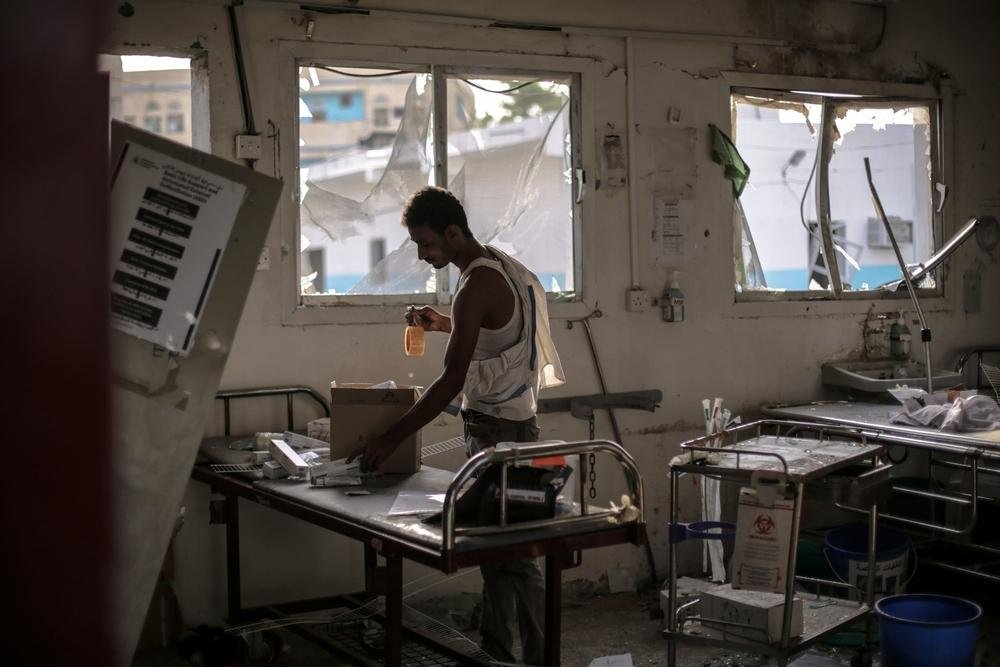 Rawan Shaif
A hospital worker salvages the remains of undamaged medication and equipment left in the emergency room after the 15 August Saudi-led coalition airstrike which destroyed the hospital killing 19. In a country where access to healthcare is already extremely limited, the Abs hospital was the only facility catering to over 2,000 IDPs in the area and thousands more along the coast, from the northwestern border of Yemen to the outskirts of Hodeidah. With the destruction of Abs hospital, the closest hospital is now over 3 hours drive away.

We do not consider this incident an “error”, but a consequence of conducting hostilities with disregard for the protected nature of hospitals and civilian structures.

Warring parties should verify surroundings before engaging in airstrikes on moving targets and should take all precautionary measures to avoid civilian deaths and damage to hospitals. The airstrike on Abs hospital showed a significant and unacceptable disregard for these measures.

The airstrike on Abs hospital by Saudi Arabian warplanes is totally unjustifiable, and MSF strongly rejects the public justification of this attack by JIAT. Its declaration shows, once again, that potential violations of International Humanitarian Law should be investigated by independent investigation bodies.

find out more about our work in yemen