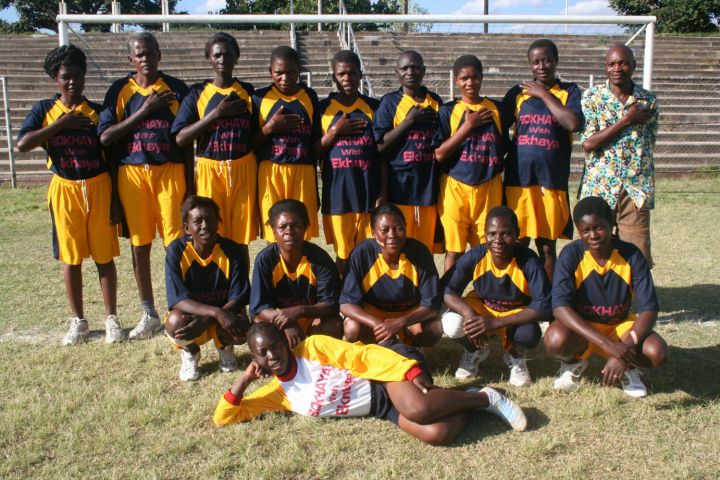 “Truly speaking, the little I know about morality, I learnt it on football pitches.”
French philosopher and Nobel Prize Laureate in Literature, Albert Camus.

In four days time the sound of a whistle and crisp thud of a boot on a football will herald a month when the world’s eyes are fixed on South Africa. In the coming weeks, billions of people will watch the spectacle of the much anticipated FIFA World Cup 2010, held for the first time in its 80 year existence in Africa. For the most part the global television audience of over 300million will be focussed on what happens on the 10 football pitches around South Africa and celebrating the winning teams.

But MSF and other organisations want the world to see the full picture. While the unifying power of football is celebrated 1,4million people are still dying needlessly of HIV/AIDS each year in sub-Saharan Africa. The majority of these deaths could be averted by increased access to antiretroviral therapies (ART) and a right to treatment.

MSF wants to remind the world that the HIV/AIDS crisis is not over.

A group of HIV-positive women in Epworth, one of Zimbabwe's poorest townships, decided to form a soccer team and to compete in tournaments as their way of living positively with HIV © Joanna Stavropoulou/MSF

MSF teams are present in several countries of the Southern African region and provide assistance, treatment and care in numerous communities affected by HIV/AIDS and its deadly associate-disease, tuberculosis.

During the following six weeks, this blog will give people living with HIV/AIDS, MSF doctors, nurses, lay counsellors and football supporters the opportunity speak out about this reality while the world’s media and competing nations focus on the football matches.
The world has witnessed the remarkable achievements in the fighting HIV/AIDS during the last 10 years which saved the lives of millions in developing countries through the scale-up of treatment and care for people living with HIV/AIDS.

Over 4 million people in developing countries now have access to life-saving ART – an incredible medical feat. However all these efforts are not enough as 9,5million more people in the developing world who are need of ART but are still on the waiting list for access.

But a treatment funding deficit will condemn these millions of people living with HIV/AIDS to death.

These millions of people are almost all entirely dependent on donor countries and institutions like the US President's Emergency Plan for AIDS Relief (PEPFAR) and the Global Fund to Fight AIDS, Tuberculosis and Malaria, in order to survive. But there has been a perceptible shift among donor countries in the G8 away from promises they made to keep up with long-term commitments to fund ART for people living with HIV/AIDS.

So, what we are seeing now is t that the much anticipated happy and normal full time that life prolonging funded ART would have brought is now under threat. The effect of a donor retreat on funding the HIVAIDS fight is like having the referee blow his whistle to stop the World Cup final match halfway through. It would cause an outrage,with nations and people up in arms over the match being stopped at halftime. But the sad fact is when donors and the rich nations start turning off the HIV funding tap off – an action that will result in the premature and preventable death of millions of people needing immediate treatment for HIV/AIDS – it happens with little or no reaction or outrage. This is not acceptable.

We call on the world to protest against lives being lost because poor nations cannot afford treatment.

By reading this blog and contributing your views, you can take a stand in support of universal access to treatment and care for ALL people living with HIV/AIDS. By doing this you’ll stand in support of giving people in developing countries living with HIV/AIDS a sporting chance. The world needs to demand Extra-Time in the deciding match where scoring for treatment, saving the lives of people and beating HIV/AIDS is the ultimate goal. Let the provision of funded and scaled-up antiretroviral treatment and saving millions of lives be the winner, then only will the world triumph.

Extra-Time! is an internet blogging experience with first-hand accounts and stories of field workers, staff and patients of the international humanitarian medical organisation Medecins Sans Frontieres (MSF), gathered and presented during the FIFA World Cup in South Africa, from June 7th to July 14th, 2010.

With Extra-Time! MSF aims to provide the worldwide audience with an alternative view on the first FIFA World Cup hosted in Africa and to chronicle the positive stories of perserverence in the Southern African region’s struggle to fight the dual epidemics of HIV/AIDS and tuberculosis.

In the coming weeks Extra-Time! will include narratives, photographs and short videos from countries where MSF field workers provide care to people living with HIV and tuberculosis including Malawi, South Africa, Swaziland, Zimbabwe, Mozambique and as well as other places in the world.

Information on HALF-TIME!, an MSF event in the form of one-day soccer tournament involving people living with HIV as well as MSF which will be hosted in Johannesburg, South Africa on July 2nd, will also be featured. HALF-TIME! is an initiative to raise awareness about the HIV/AIDS epidemic and the need to keep up international funding for antiretroviral treatment in developing countries.

DISCLAIMER
The opinions expressed in the Extra-Time! blog are those of the authors or the persons interviewed and can not be considered or quoted as MSF’s official position on the matters concerned.