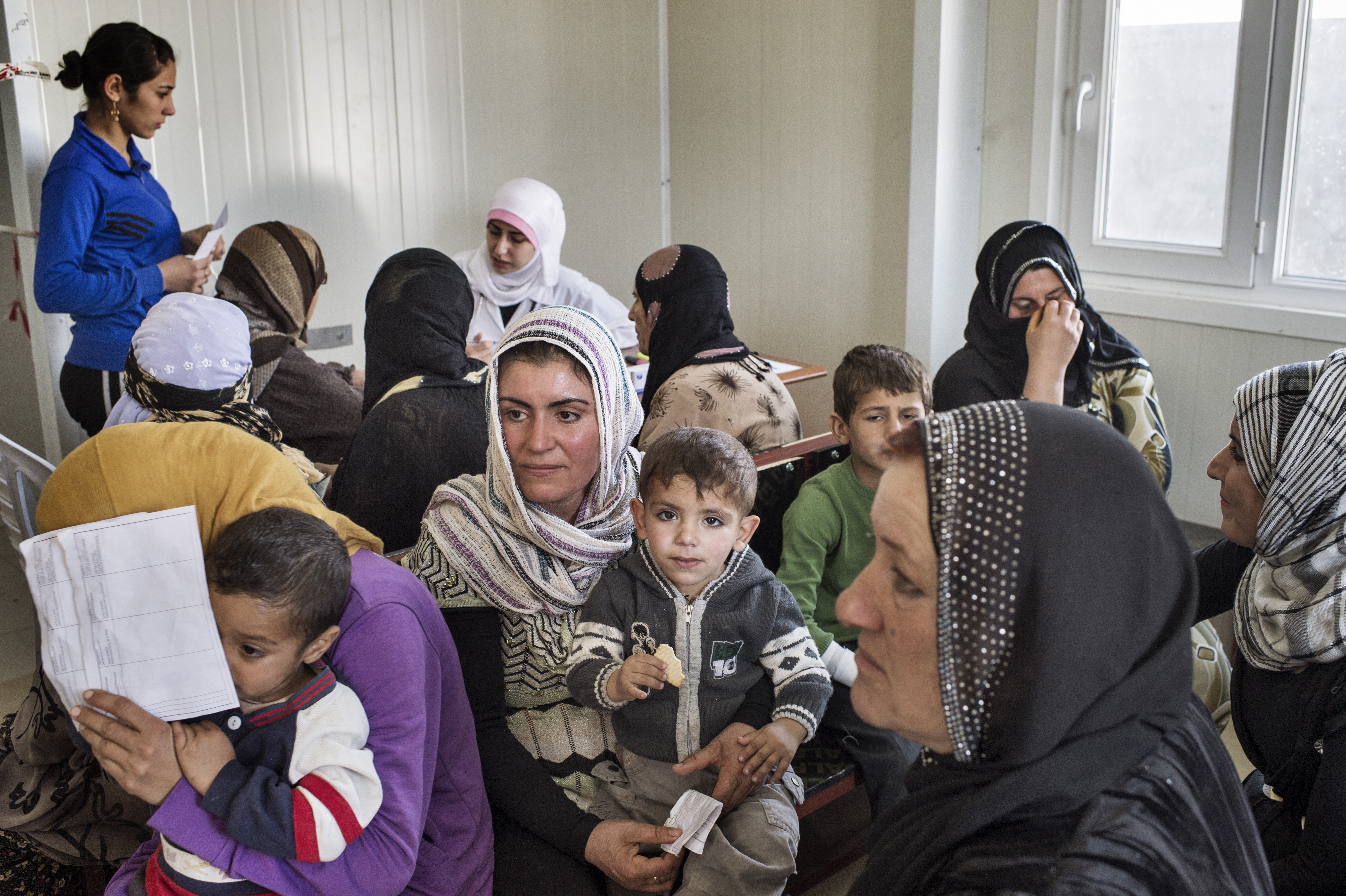 Intense shelling and aerial assaults in northern and central Iraq have hit hospitals and other medical facilities, some supported by the international medical organisation Médecins Sans Frontières/Doctors Without Borders (MSF), depriving civilians of much needed medical care.

MSF calls upon all parties to the conflict to respect health facilities, to allow medical staff to continue carrying their work, and to preserve full access to health services.

“We are receiving accounts from medical staff that more and more hospitals have been hit by bombs in recent weeks,” says Fabio Forgione, MSF head of mission in Iraq.

James Nichols/MSF
“Medical staff have fled, fearing attacks on the health facilities where they are working. We are extremely concerned that significant numbers of people are now deprived of the medical assistance they need.”

In the town of Shirqat, between Mosul and Tikrit, the hospital was bombed on 20 July. “I was in the emergency ward, operating on a patient, when the hospital was hit,” says an Iraqi surgeon, speaking by phone from the conflict zone.

“Suddenly all hell broke loose: the power went out; people started running in all directions, not knowing whether to escape or to seek shelter in the hospital. Everybody was terrified.”

Since 20 July, the hospital in Shirqat has received several more direct hits, and all patients have now been evacuated.

A number of patients have been transferred to the closest hospital still standing, in the town of Hawija, while some of the health services have been moved to three different locations in town. “Working conditions are desperate and many items are in short supply, from antibiotics to anaesthetics,” says the Iraqi surgeon.

Following the shelling of MSF’s clinic in Tikrit on 13 June, which aimed to provide medical care to some 40,000 displaced people in the region, MSF called upon all fractions to respect medical staff and facilities. Two weeks later, on 27 June, the main hospital in Tikrit was hit by an airstrike.

One Iraqi surgeon was taking a break after performing a caesarean when he heard a large explosion.

“Then we saw thick smoke billowing from the emergency room, and we rushed down to what was left of the ground floor.” The entrance and the emergency room of Tikrit hospital were destroyed by a direct hit from a bomb dropped by a helicopter.

“One person lay dead and we transferred all the others to Saladin hospital. That day, most of the medical staff fled,” says the surgeon. The woman he had been operating on survived, and she and her newborn baby were taken to safety by family members.

Tikrit hospital, which previously served some 5,000 people per month, was repeatedly targeted in the following days, as was the city’s second hospital.

“It’s a disaster,” says the Iraqi surgeon, speaking from Tikrit. “Hospitals are empty. People now have to drive through wartorn areas to reach the closest hospitals more than 200 km away in Erbil and Kirkuk.”

James Nichols/MSF
The hospital in Hawija, where MSF has been working since 2011, is one of few in the region left untouched by the airstrikes. However, a member of MSF’s medical team in Hawija reports that, in the past week, bombs have exploded twice in areas near the hospital.

“We fear that the hospital may be hit by shelling, as has already happened elsewhere,” he says, “so we are making contingency plans to transfer our services to other locations.”

“This situation is transforming the wartorn areas into a wasteland in terms of medical care at a time when healthcare is desperately needed,” says Forgione.

MSF medical teams are also running mobile clinics in the areas of Mosul and Kirkuk, with a focus on mother and child healthcare and chronic diseases. MSF has worked continuously in various locations in Iraq since 2006 and currently employs more than 300 staff.