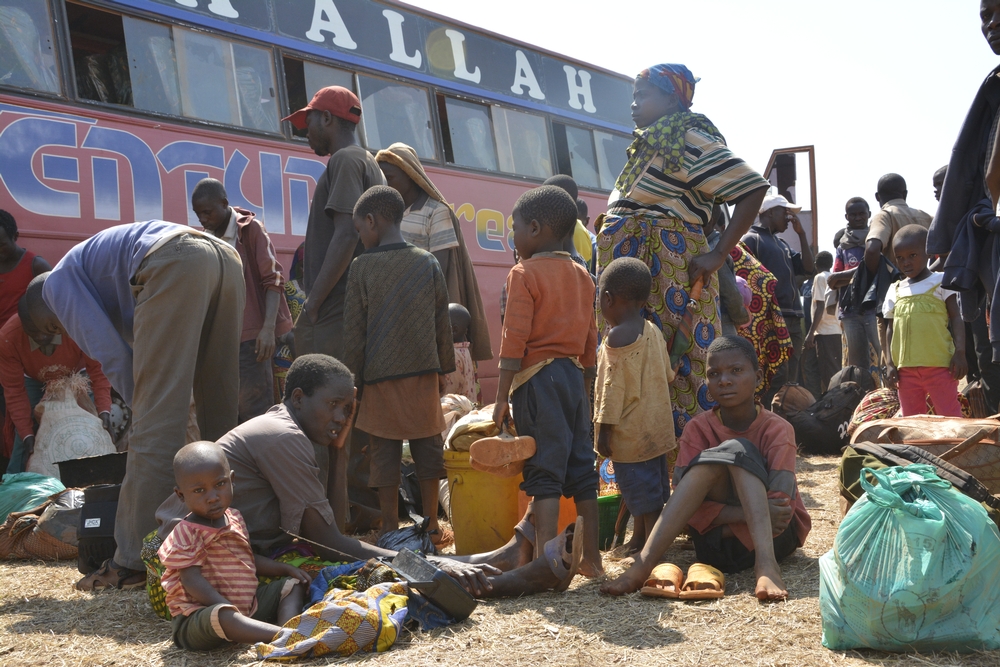 As large numbers of refugees fleeing unrest in Burundi cross the border to neighbouring Tanzania, the overcrowded refugee camp of Nyarugusu “has reached breaking point”, according to Sita Cacioppe, emergency coordinator for Médecins Sans Frontières/Doctors Without Borders (MSF).

With the influx of people, services are massively overstretched and aid agencies are struggling to provide them with sufficient food, water, shelter and healthcare.

Up to 2,000-3,000 people are crossing the forested border between Burundi and Tanzania each week.

Many travel under cover of darkness, on foot and without belongings. Currently an estimated 78,000 Burundians are sheltering in Nyarugusu camp, joining 64,000 Congolese refugees who have been there since 1997, when the camp was set up to host a maximum of 50,000 refugees fleeing the civil war in Democratic Republic of Congo.

“People are living for months at a time in mass shelters, intended as transit areas, while they wait for a tent,” says Sita Cacioppe. "Our teams have seen more than 200 people sheltering in a tent measuring just 8 x 22 metres – which is less than one square metre of space per person.”

Eveline Meier/MSF
One of the five water distribution points. In total, MSF distributes over 270’000 liters per day and is currently working to increase its water points in view of the continuous influx of new refugees.

In May, MSF set up a cholera treatment centre in the camp after an outbreak of the waterborne disease. Since then, MSF teams have vaccinated more than 107,000 people against cholera, and are distributing 270,000 litres of clean drinking water per day at five sites across the camp.

Alongside the Tanzanian Red Cross, MSF teams are also running mobile clinics to provide the refugees with basic healthcare and refer the most severe cases to hospital.

The most common complaints are malaria, diarrhoea and respiratory tract infections, due to the cold nights and ever-present dust.

In the camp’s hospital, managed by the Tanzanian Red Cross, an MSF team is running a 30-bed inpatient therapeutic feeding centre for children suffering from acute malnutrition with complications.

“The refugees desperately need to be provided with new areas to settle, and basic services, so that they can live more dignified lives,” says Sita Cacioppe.

Find out more about MSF's work with refugees